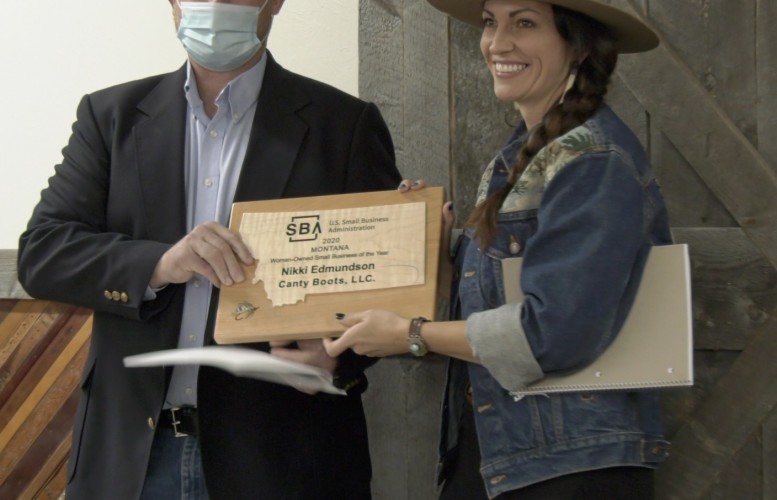 Canty Boots is based in Harrison, MT

HARRISON - Nikki Edmundson sure knows how to make a mark — in business.

As owner of Canty Boots in the small town of Harrison, Butte native Edmundson was awarded Woman-owned Small Business of the Year in Montana by the U.S. Small Business Administration.

It started 10 years ago when she modified a pair of regular boots that were too uncomfortable.

“I cut them and folded them and when I wore them out, I had so many compliments that I came home and told my husband, ‘It’s time to sell them,’” said Edmundson.

The SBA chose her for her success in designing custom-made boots that have received national attention and for operating in a small town.

Her business employs four people from the community who make each boot with its own unique design and pattern.

“I think that it’s more important to stick to the heart of the business which is unique, one-of-a-kind, and that’s what we will always be. We do not duplicate ever,” said Edmundson.

Nikki points out that all this began as just a dream and she hopes she can inspire other women to pursue their dreams without doubt or fear.

“I think it’s just, never give up, and dig in your heels and go. And really, taking a risk is not scary, there’s such much reward after risk,” she said.