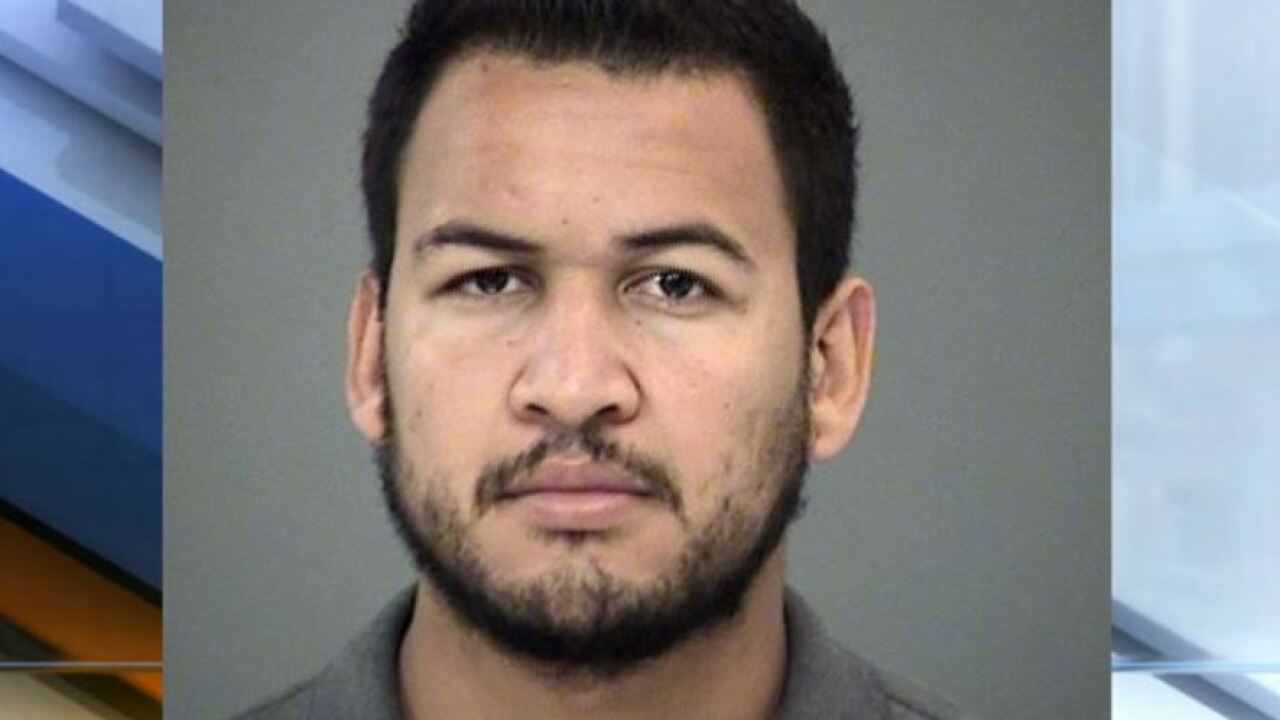 INDIANAPOLIS — A fatal crash over the weekend is now a homicide after an autopsy uncovered a gunshot wound to the victim's head.

Indiana State Police first responded to the two-vehicle crash on I-70 near the 96 mile marker around 7:23 p.m. Saturday.

The victim, 27-year-old Devon Anderson, was found unresponsive inside one of the vehicles and pronounced dead at the scene. Anderson's injuries were believed to have been from the collision, state police said.

The second driver, 24-year-old Juan Garrado Vivas, was taken to the hospital with non-life threatening injuries.

During the autopsy that week, the Marion County Coroner's office's recovered a bullet from inside Anderson's head, which was determined to be his cause of death.

The new information led Indiana State Police to begin a criminal investigation into Anderson's death. Detectives believe Vivas fired a shot from a handgun while driving on the interstate and struck Anderson in the head. Anderson's vehicle then crossed into the path of Vivas' vehicle causing a crash.

Vivas was arrested on September 25. He's currently facing a charge of murder in connection with Anderson's death.

The incident remains under investigation.