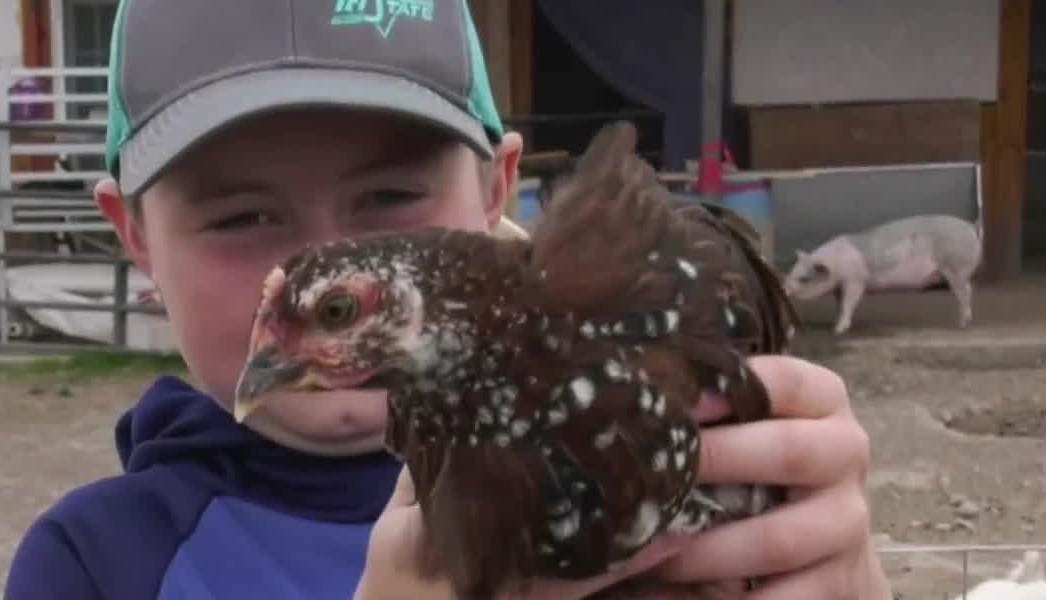 "Even though the event will look different, they are still preparing to put on a show,” says JaNaie’ Godin, Gallatin County 4-H Agent.

The Gallatin County Board of Commissioner will now consider a vote from the desk of the Big Sky Country State Fair board.

That vote recommends the fair to be canceled but the next question: what about the hundreds of kids involved in 4-H?

Hands for larger service: that is part of what the 4-H always says and in the middle of a pandemic -- it's something that they are hitting home in their own way.”

"Even though the event will look different, they are still preparing to put on a show,” says JaNaie’ Godin, Gallatin County 4-H Agent.

4-H is all about tradition.

When nothing about a global pandemic is normal -- what then?

"Well, there's definitely been a lot of unknowns,” Godin says.

Godin, among others, has been working with 114 volunteers and 647 kids, along with their projects.

"Across the state, all of the 4-H agents also communicated throughout the time so we were kind of piggybacking on what other agents were doing,” Godin says. "A lot of uncertainty but I think the families were flexible. Our volunteers were great and we just kept moving forward."

Kelly Pavlik in Manhattan grew up doing 4-H, a tradition that she now shares with her five kids.

“4-H is hands on,” Pavlik says. “The advice was please no hands on, please no meeting, please no anything so really some leaders have really become creative on how to educate the kids.”

Pavlik says each of her kids, now with Kaitlin Pavlik, her oldest at 15, have now participated in 4-H for about six years.

Each have animals ranging from several pigs, steers and more, including 9-year-old Devin Pavlik with five chickens.

“Everything has been taken away from them. We realize that,” Pavlik says. “Everything’s different. Everything’s gone online so trying not to inundate them with more online because they’ve had to do all of their schooling and stuff but all of their leaders have really become creative on how to interact.”

Godin says while fair cancellations may be on the table, the 4-H won’t be stopped, keeping socially distancing in mind.

"Our kids logged in and they did their speeches and presentations virtually and it was amazing,” Godin says. "Just keeping in touch with the volunteers, like this is a plan, do you need help, let's practice ourselves so we were even getting together as volunteers and agent practicing, having webinars and Zoom meetings so they were getting comfortable with the platforms."

From showing rabbits, pigs, steers and chickens, to robotics, baking and beyond, they are making it happen thanks to each volunteer.

"They took the reins mostly on doing virtual workshops, finding ways to still meet,” Godin says. "The volunteers, they knew what they wanted to do. They had a plan in place and they went with that plan and just changed modes of delivery."

“It’s amazing what it has expanded to to include robotics and some of the newer technologies so really a kid of any interest can find something to pursue,” Pavlik says.

Auctions may look like this, too, depending on the state’s phases.

"I think it is important that they come together,” Godin says. “It's a day of celebration for our buyers, as well, where they get to see people they haven't seen for a year.”

As for other programs, like crafts, electronics and so on, Godin says there will be some sort of plan for those, as well.

"Our idea is to take their projects out into the community this year rather than maybe it won't be set up in the fairgrounds like it has been every year but we meet with some of our businesses and say we want to display our sewing project at this business, we want to display our robotics projects at this business,” Godin says. “They get to pridefully exhibit what they've done."

“The kids are still able to do the hands on on the other side of the camera and the other side of the computer and apply it to their projects,” Pavlik says. “The huge component of 4-H around here, especially, is the agricultural part so keeping that industry going and keeping those kids interested in that, you are building into that technology now to still get the information out to the kids.”

So the mission remains, sticking true to the 4-H pledge: health to better living -- for their club, their community, their country and their world.

"It's a team,” Godin says. “It's a team effort of finding ways to make it work.”

The 4-H Extension says updates for 4-H events and auctions will be constant on their website.