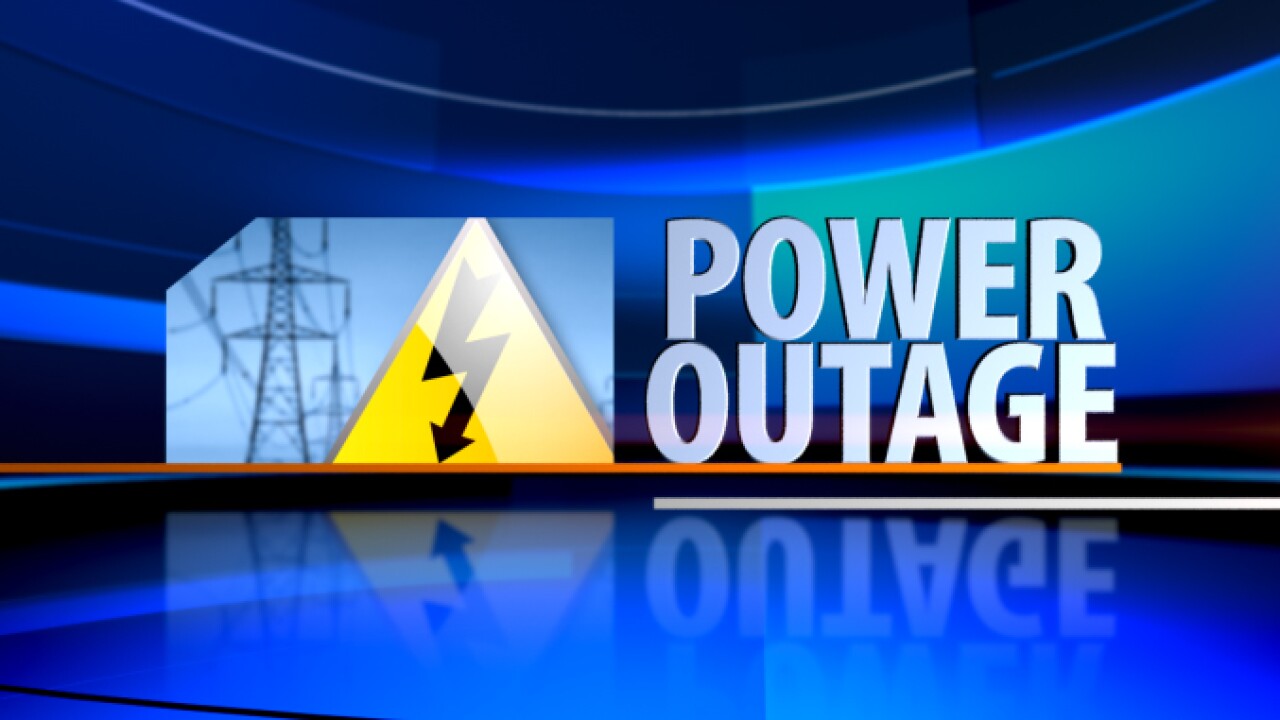 We are currently seeing a number of instances of power outages.

According to the outage map on NorthWestern Energy's website there have been outages have been confirmed in Great Falls with more than 1,500 customers affected.

We are receiving reports of trees that have knocked over power lines inside city limits as well as traffic lights out on 10th Avenue South.

REMINDER: If traffic signals are not working, drivers should treat the intersection as a complete stop in all directions.

As we are getting more information we urge people to use caution while driving due to the severity of the winds and number of reports coming in of accidents and power outages.

You can see updates and report outages on NorthWestern Energy's Outage Map .

(12:24 pm) Emergency crews are responding to reports of at least three crashes along U.S. Highway 87 between Great Falls and Fort Benton.

Strong winds have created a dust storm that has reduced visibility, triggering at least three reported crashes. At least one of the crashes resulted in injuries, but there is no word yet on the nature or severity.

The Montana Department of Transportation reports near zero visibility through the area.

The MDT sent the following message at 12:18 p.m. on Saturday: "FIRE AND HIGH WINDS ARE CREATING SMOKE AND DUST CAUSING ZERO VISIBILITY. THIS ROAD WILL BE CLOSED UNTIL FURTHER NOTICE. PLEASE FIND A ALTERNATE ROUTE."

Cascade County Sheriff Jesse Slaughter says: "Highway 87 between Great Falls and Fort Benton is closed due to extreme winds. This is a very dangerous situation so please no attempts to travel at this time. There have already been several accidents and conditions are not only very dangerous for travelers, but for all of our first responders who are responding to these accidents."

In addition, we have received reports of similar conditions along US Highway 80 between Fort Benton and Geraldine.

Gusts of more than 70 miles per hour have been reported across much of the region.

We have also received several reports of downed utility lines and power outages due to the wind. Several people have told us that traffic signals in some parts of Great Falls are out; drivers are advised that such intersections must be treated as a four-way stop.

The strong winds are expected to continue throughout the day, and a Red Flag Warning will be in effect for much of the area throughout Saturday. The combination of warm, dry air, coupled with strong winds and minimal snow cover will lead to an increased risk of grassland fires. The NWS said: "Please be mindful of any activity that could create a spark under these critical fire weather conditions."