Winds continue to cause issues in and around Great Falls 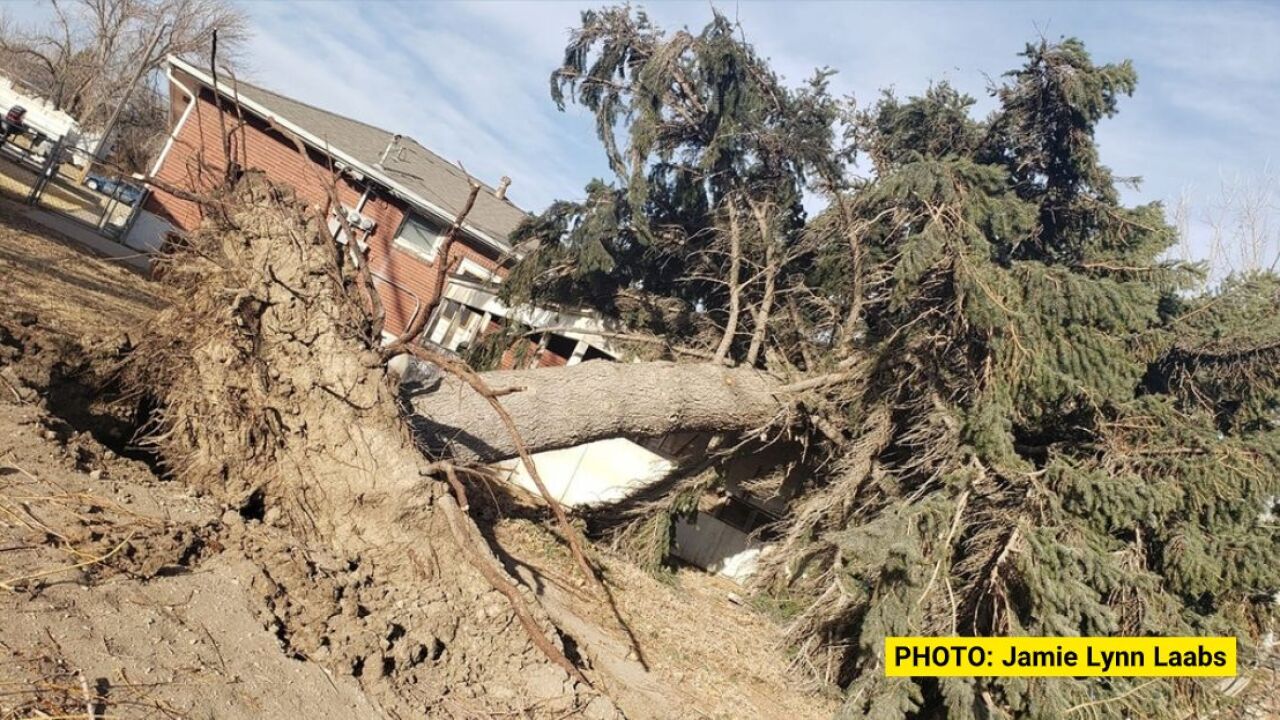 Powerful winds have rocked most of our area throughout the day, causing hazardous driving conditions, knocking down trees, downing utility poles, and causing power outages.

The windy, dry conditions have also created a fire danger.

The Sand Coulee Fire Department is responding to reports of a high voltage power line down on the east end of Great Falls.

At around 3:30 p.m., Sand Coulee Fire was called to reports of a grass fire at 57th street and 8th Avenue South. Crews are attempting to keep the fire from crossing the highway and all south bound traffic is blocked at this time. At this point, there are no reports of injuries or threatened homes or businesses. At 5:07 pm, Great Falls Fire Rescue said that 57th Street has been re-opened to traffic.

We have also received word of a wildland fire near the Spion Kop Wind Farm between Raynesford and Geyser, and a possible ranch fire near Montague, between Highwood and Geraldine.

We will update as we get more information.

Just after 3:00 pm we received reports of a semi rolled over on U.S. Highway 89 by mile marker 76 near Belt. Initial reports indicate the semi is blocking 3 of the 4 lanes. This was just after receiving word that the road is shut down from Great Falls to Belt due to the high winds and low visibility. There are no reports of serious injuries.

Numerous power lines around town have been knocked over due to the wind, causing power outages. We are receiving unconfirmed reports of roads in Great Falls being shut down due to power lines and trees blocking the road. We have heard several reports of roofs being blown off of homes and at least two of those have affected power lines nearby.

Traffic signals are down on 10th Avenue South from Warden Bridge (2nd Street South) to at least 32nd Street South. They are also reportedly down at 25th Street and Central Avenue but this has not been confirmed.

If traffic signals are not working, drivers should treat the intersection as a complete stop in all directions.

Geraldine Schools are also canceling the Centerville and Geraldine High School basketball games this afternoon due to the road closures. They will update teams if they reschedule the games but at this time they are canceled.

We do expect the winds to die down this evening as a cold front moves in. Here is the latest forecast .