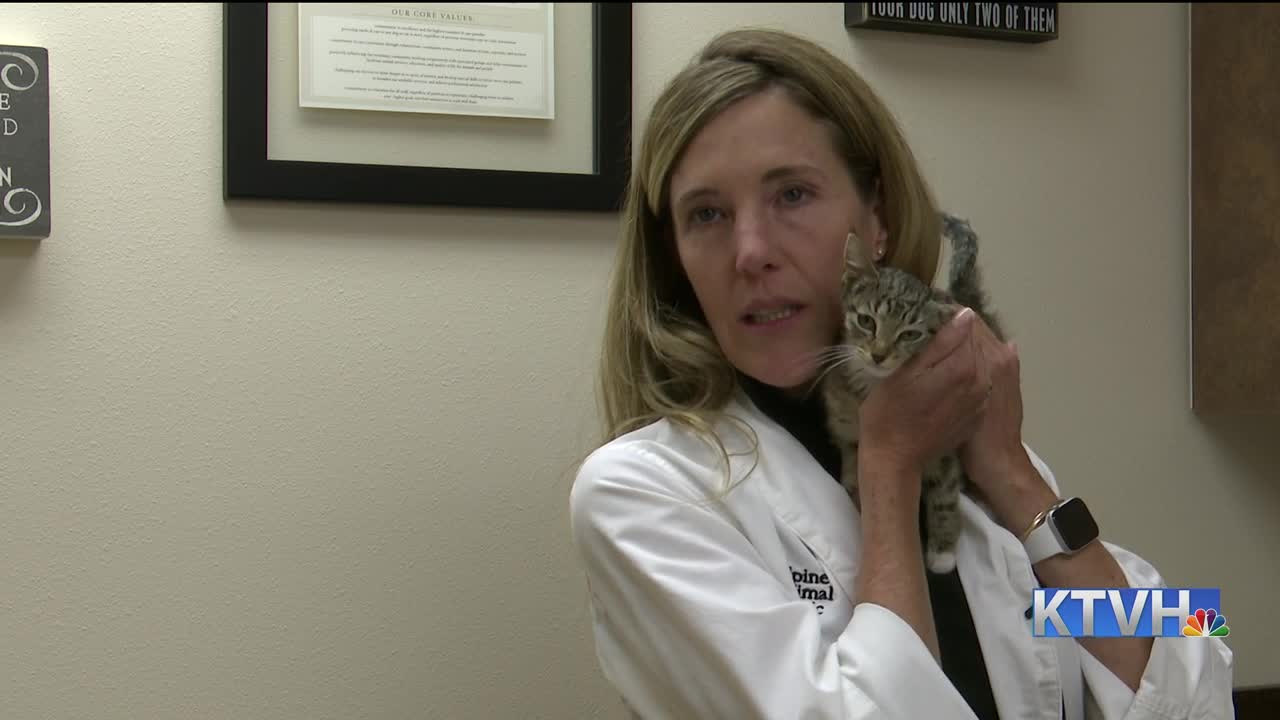 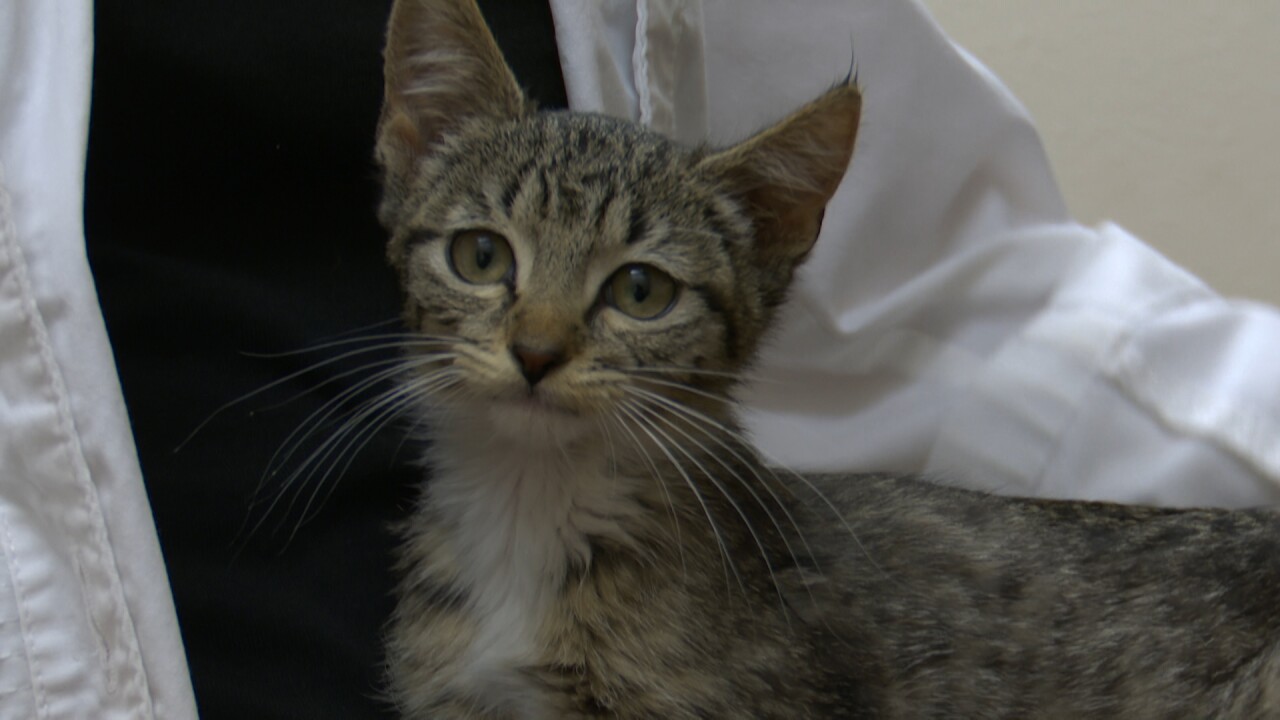 HELENA — A Helena veterinary clinic says a kitten is now doing well, after being found abandoned on the side of the road earlier this week.

Dr. Heidi Wampler, owner of Alpine Animal Clinic, says a woman was driving when she saw a cardboard box on the road. When she stopped and looked inside, she found three dead kittens, and a fourth barely alive.
“They found her just in time,” said Wampler.

The woman brought the kitten into Alpine Animal Clinic on Tuesday night. Wampler said, initially, she couldn’t raise her head or eat. Her heart rate was very low, and her temperature was too low to measure. But after three days of intensive treatment, she is doing much better.

“It makes us all feel good to get to help out a little bit,” Wampler said.

Wampler believes the kitten is about five or six weeks old. They have been calling her Nugget.

“She’s kind of a little nugget of love and joy,” Wampler said. “She’s been so much fun. She really likes attention.”

Despite Nugget’s success, Wampler said this case is a tragedy, and a reminder there are far too many unwanted animals in this area.

“In her case, she’s going to get an opportunity to get a home, but in the case of her three littermates, they died a horrible death in a box on the side of the road,” she said. “That’s unacceptable for anyone, I would think.”

Wampler said Alpine Animal Clinic has had a number of cats come to them this summer and they have done the best they can, but their resources are limited. The Lewis and Clark Humane Society and rescue groups around the area also work to help these animals, but they too are often at their capacity.

Wampler urged people to have their cats and dogs spayed or neutered.

“There’s not enough homes,” she said. “Just even with one litter – it feels like it’s only one litter at your place, but everyone has one litter, and that’s many, many cats and dogs that can’t get a home. And then we’re forced with this impossible situation.”

Wampler said Nugget is still receiving IV fluids, but that she should be done with treatment in the next day or two. After that, she will be ready to be adopted into a new home.

If you are interested in adopting Nugget, you can contact Alpine Animal Clinic at (406) 449-7155. Wampler asks that anyone who adopts her commit to having her fully vaccinated and spayed.