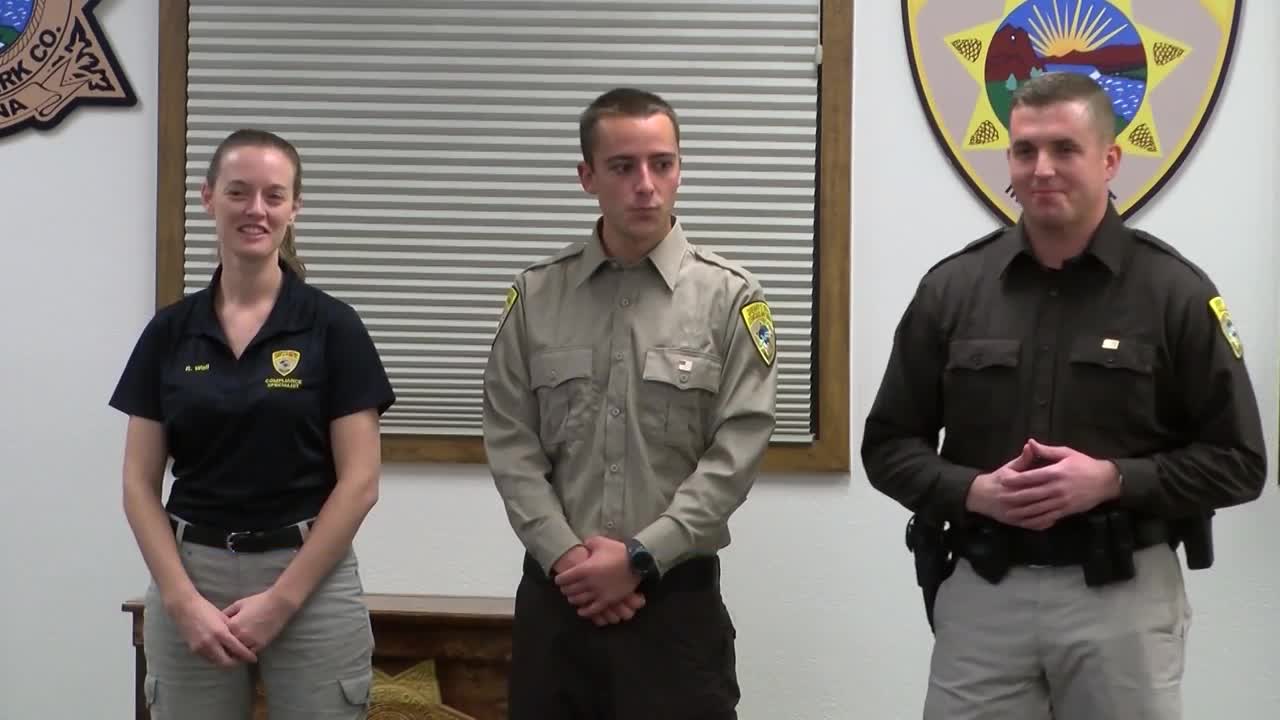 HELENA — The Lewis and Clark County Sheriff’s Office welcomed three new members into their ranks this week and continue to make progress towards the jail renovation.

Deputy Sheriff Matt Kultgen was sworn in on October 28, and 24/7 Compliance Technician Rachel Wall and Detention Officer Keaton Welch were inducted into the department.

Welch is the twelfth person to be hired for the 34 detention officer positions that were added with the jail expansion.

Undersheriff Jason Grimmis said in the hiring process it’s been important that they don’t just hire bodies, but professionals who are committed to helping keep their community safe.

“When the doors open I want to be able to have the staff that is trained, competent and committed to fulfil the duties of a detention officer,” said Grimmis. “Maintain care and custody of the inmates, keeping those people safe until their day in court is done and whatever happens, happens from there.”

Grimmis says the renovation of the Detention Center is still running on schedule, on budget and the facility is beginning to take shape.

In the past weeks framing has been completed, new water and waste lines for the showers and locker room were installed and CMU block wall construction was completed on the lower level.

Work on the two new floor is expected to be completed by April.

Once that work is completed, crews will then begin to make changes and upgrades to the third floor where inmates are currently held.

Construction is expected to continue through August 2020, and once complete the new Detention Center will hold around 156 beds.