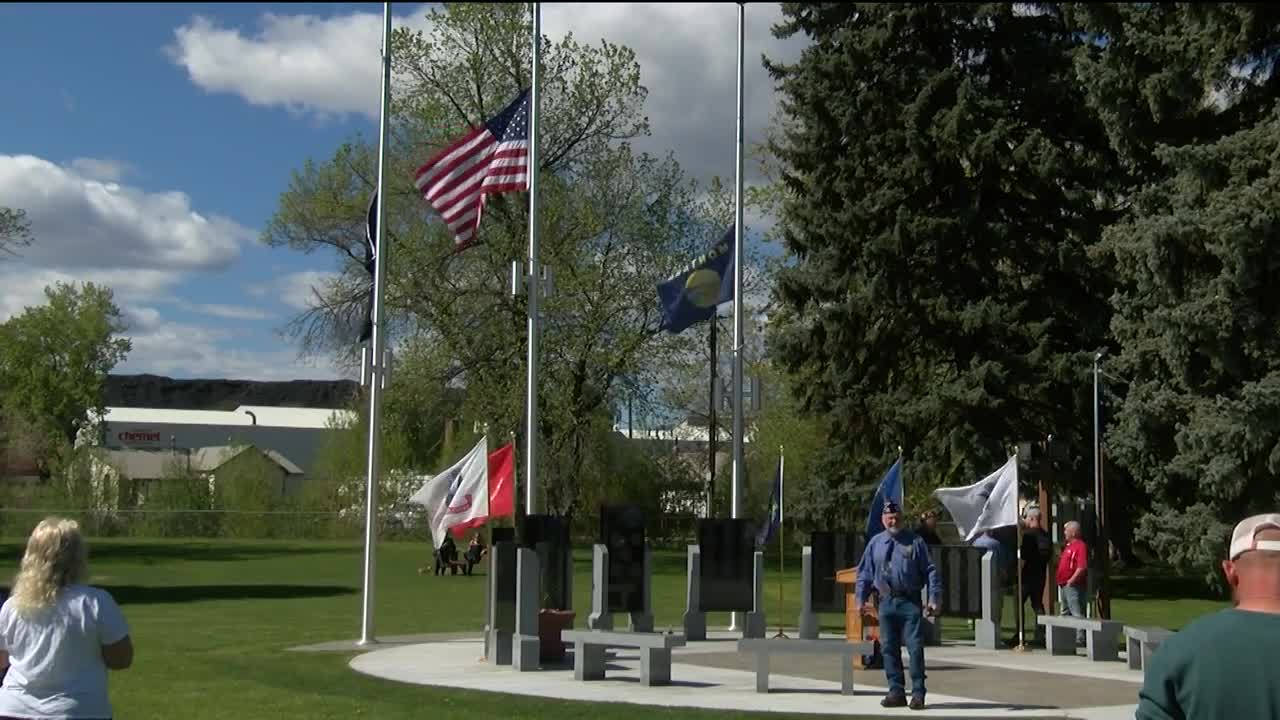 HELENA -- The East Helena Veterans of Foreign Wars Post 10010 were forced to cancel their annual Memorial Day parade for the first time in its 70-year existence, but on Monday the VFW Post hosted a Ceremony at the East Helena Veteran's monument to honor fallen service members.

POST 10010 Commander Tom Johnson said they chose to hold the ceremony even though the parade was canceled because it’s important to remember those that fought and died in combat.

“It keeps alive the tradition of celebrating and respecting our fallen," said Johnson. "You see that every year with everybody that goes to the cemeteries put the flowers on the graves.”

Though the future remains uncertain, Johnson said he hopes the Post will be able to return with their scheduled Veterans Day parade.

“When it comes to Veterans Day, we're very optimistic we'll be back having our parade," said Johnson with a smile. "If not, then we'll shoot from the hip and readjust fire as needed.”

In Helena, Post 2 of the American Legion raised their flags from half staff to full at noon as one of the ways they’re remembering servicemen and women across all branches of the military.

"We brought it back up to full staff to recognize our fallen from all services and all wars," said Post 2 Historian Raymond Read. "There are a lot of great stories out there of people who served and sacrificed their lives, and we need to remember that every day. Not just Memorial Day, but every day.”