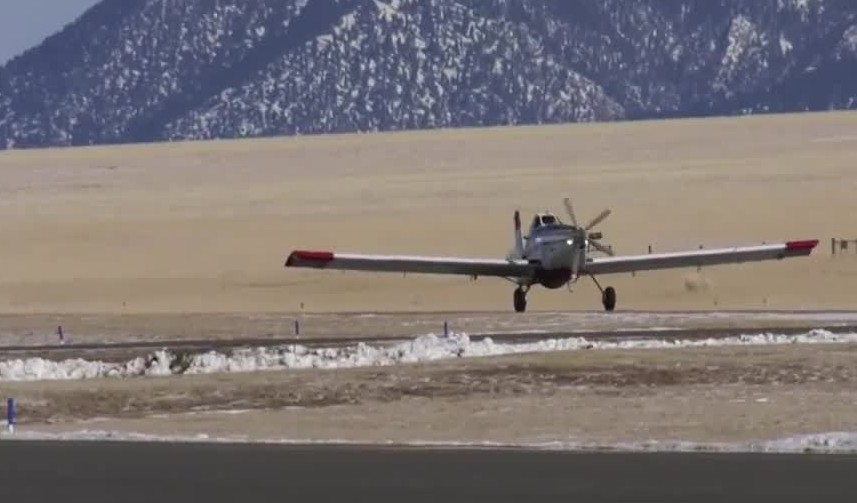 “It’s a massive deal,” says Troy Hunter, airport manager. “We are looking at a construction project that is really a once-in-a-lifetime opportunity.”

Yesterday, it was announced that 17 airports across Montana will be awarded $26.5 million in safety and infrastructure grants by the U.S. Department of Transportation.

That means for some small private airports, including Ennis-Big Sky Airport in Madison County, change is on the horizon.

When you look at the project, itself, it goes far above that $5 million and the staff say that makes it one of the largest projects done to an airport in Montana.

“It means a lot to this community,” says Jim Hart, Madison County commissioner.

For Hart, the sky is now the limit for Ennis-Big Sky Airport, which can be a little tough to find for those who might not know the area.

And it’s been years in the making.

“This has been planned for probably six years with the FAA to improve the runway,” Hart says. “It’s grown as a result of what it does for our economy.”

Down to the dollar, he adds that will go a long way, extending a main taxiway to 7,600 feet, repairing pavement across the runway and expanding.

“We actually had to purchase some portions of property on that side in order to allow room,” Hart says.

Hart says just by increasing the taxiway alone, they could fit more planes on the general runway.

That provides a lot more service, not only for the airport.

But also for the local economy and for planes of all different sizes.

“It’s a massive deal,” says Troy Hunter, airport manager. “We are looking at a construction project that is really a once-in-a-lifetime opportunity.”

“We’re going to move pretty close to a million cubic yards of dirt and there has not been an airport project really in Montana that’s moved that much dirt in the last 10 to 12 years,” Hunter says.

“The total cost of this thing is going to be somewhere between $12 and $15 million,” Hart says. “That’s a huge deal.”

As for the next step, Hunter says we are not in the bidding process for those contractors which could take a week, maybe two.

After that, in terms of the entire completion date of this project, they expect it to be done September this year.