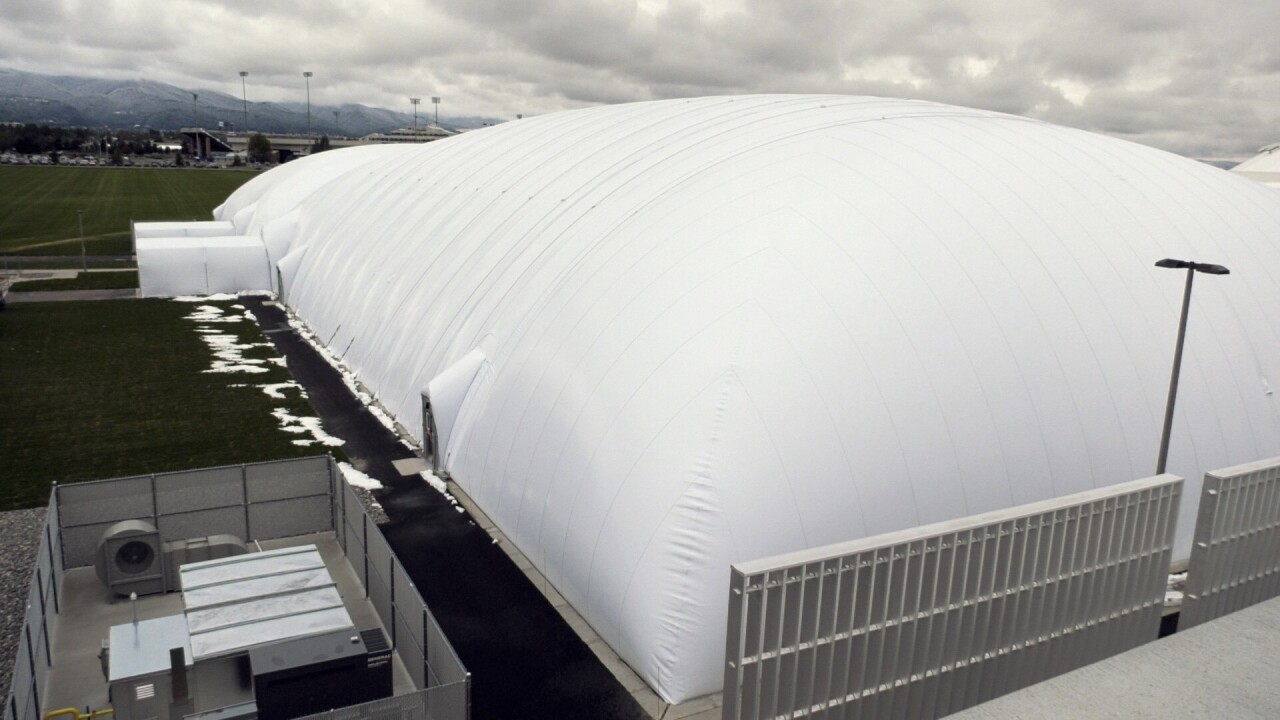 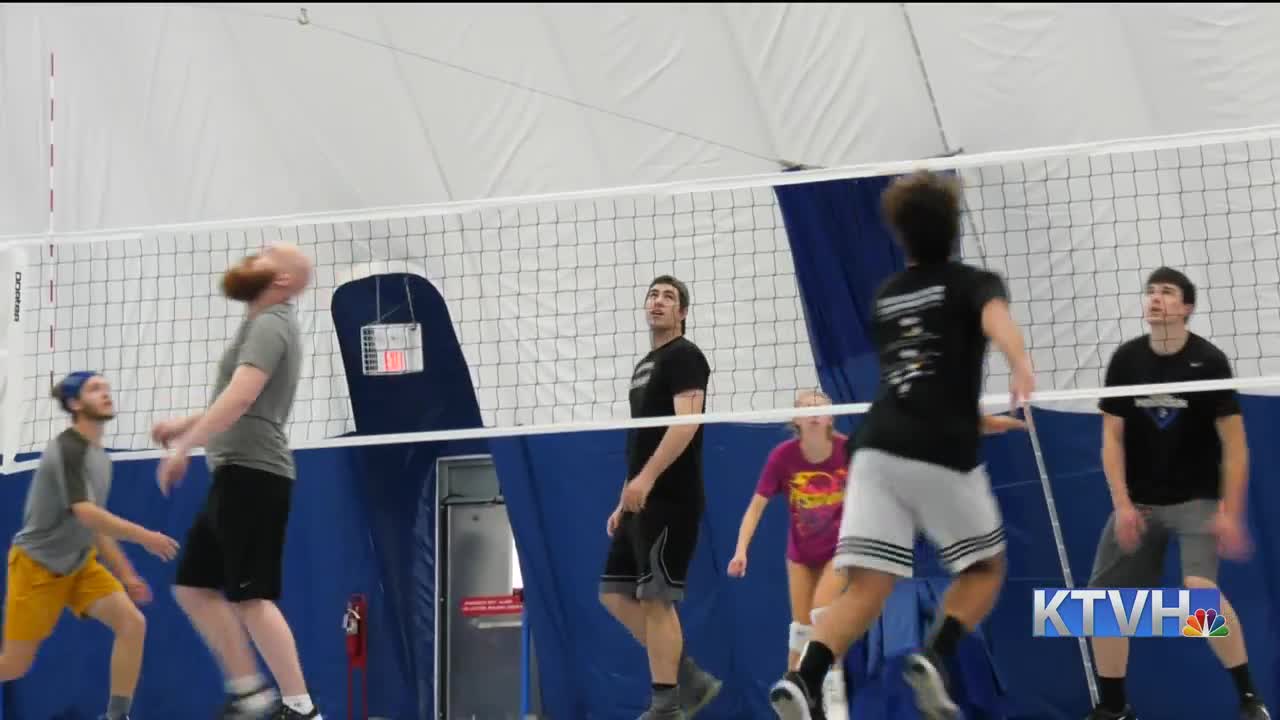 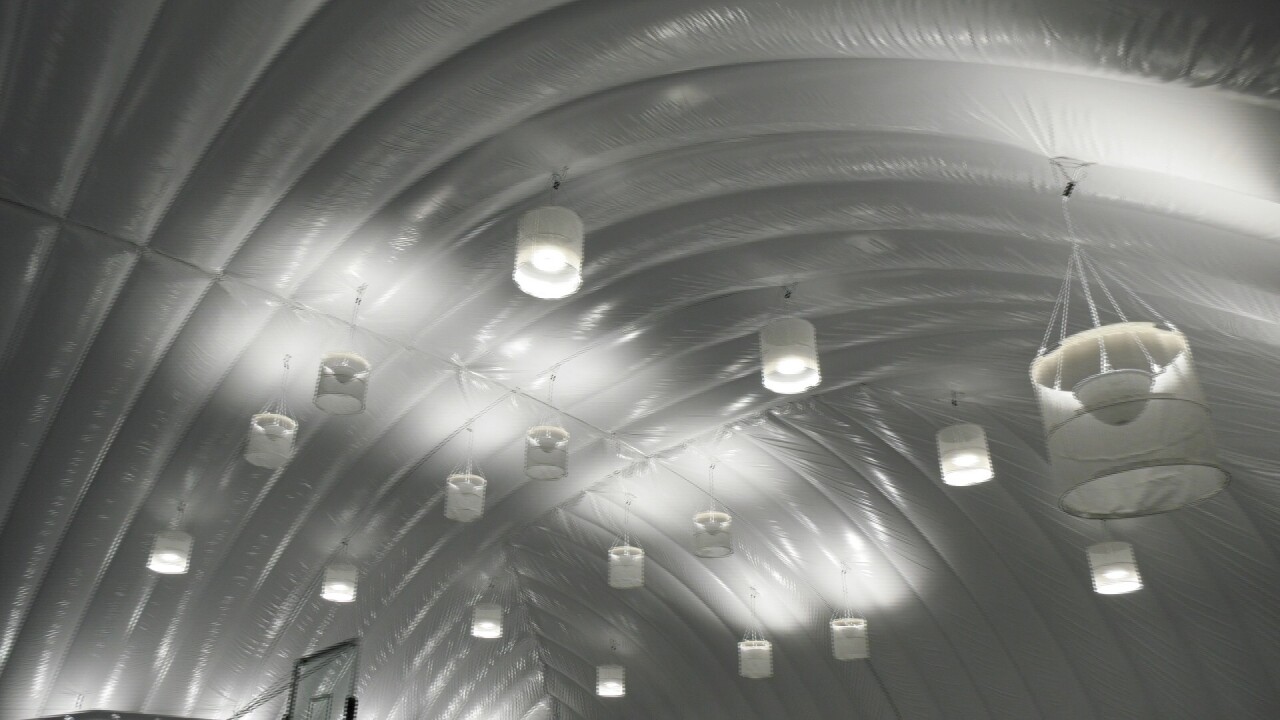 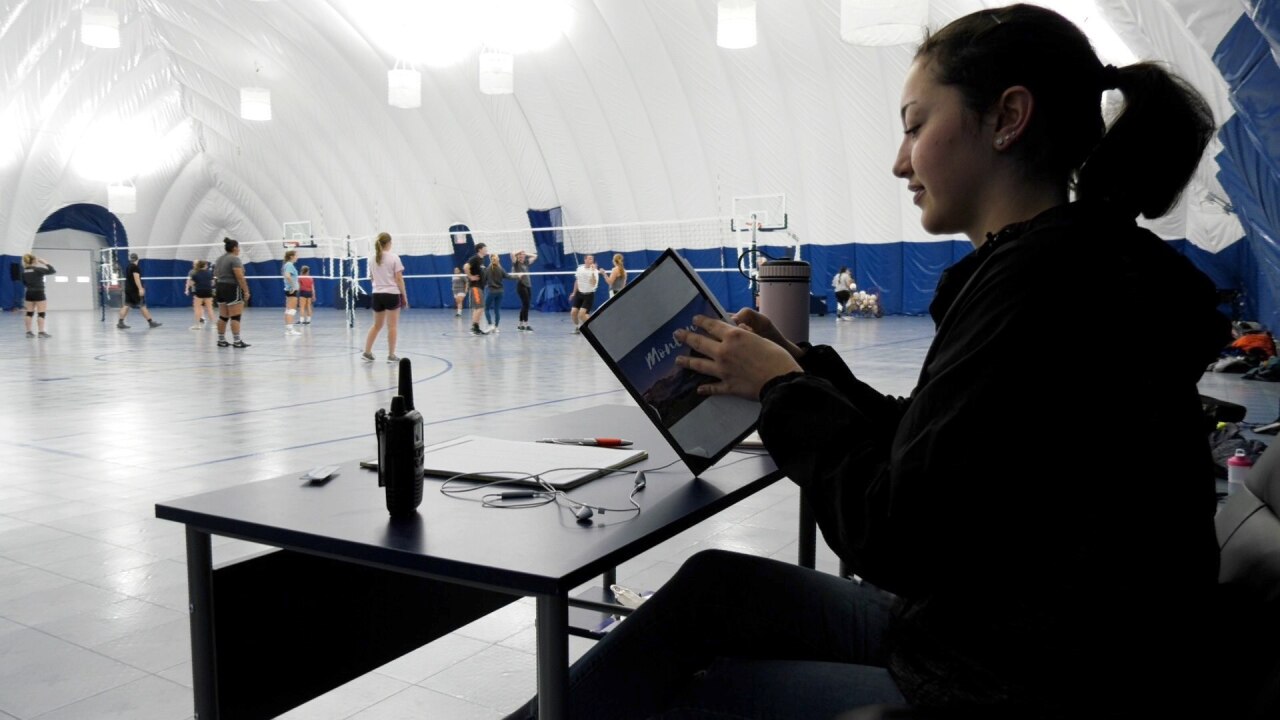 The loss of three gyms in March on MSU's campus left students and others without tens of thousands of square feet of fitness space.

As of this week, there are new places for them to go — and they are as unique as they come.

The North, Central, and South Gyms are long gone. Now inflated bubbles, the North and South Domes, take their place nearby.

And they are officially open.

"Getting this in place in such an accelerated timeline has really been a feat," says Michael Becker, MSU News Service director.

From the outside, the white domes bear a coincidental resemblance to the Fieldhouse dome nearby.

But from the inside, what's holding them up is entirely different.

"Welcome to the dome," Becker said on Wednesday as he led MTN News through the North Dome.

We got the tour, including a trip through the airlock.

"This one holds fours multi-purpose courts," Becker says. "As you can see, we have two of them over here, two more on the other side.”

Four full courts in the North Dome; two all NCAA-regulation wood in the South.

"Between this and South Dome, we're looking at about 60,000 square feet," Becker says.

Throughout each dome, sensors are at work. The domes have their own defense mechanism against nature.

"They can help sense when there is pressure difference," Becker says. "Let's say there's a spot of snow on the roof. It can adjust for that.”

When walking in, your ears pop.

The technology that keeps the domes inflated is state of the art.

So, It's warm in here and it keeps the cold outside.

"You come in and it's really incredible," says Freeman Marshall, a freshman at MSU and an employee in the North Dome. "You don't feel like you are in a plastic bag at all."

"We had a pretty intense training to make sure that people weren't leaving the door open for more than a minute," Marshall says. "It's really, really interesting."

And, importantly, she says it removes the threat of a collapse from happening again.

"I think it's a great way to expand space to get more of the student-body athletic and to prevent the roof caving in," Marshall says.

"These domes are going to be here for several years, so we had to make sure that we could get a system that would be rapidly deployed, a system that could meet our needs and that obviously would be durable enough to last for the amount of time that we would need and these domes certainly fit the bill," Becker says.

MSU officials say work is still being done on the inside of what’s left of the old Central Gym.

All lockers and workout rooms are back open, with the exception of the pool due to ongoing work to the roof.

The climbing wall should be back within a few weeks.

"We need to talk to our students, faculty, everybody else who has got a concern to make sure that we're designing the right facilities for MSU, and that's going to be a process that takes a few years," Becker says.