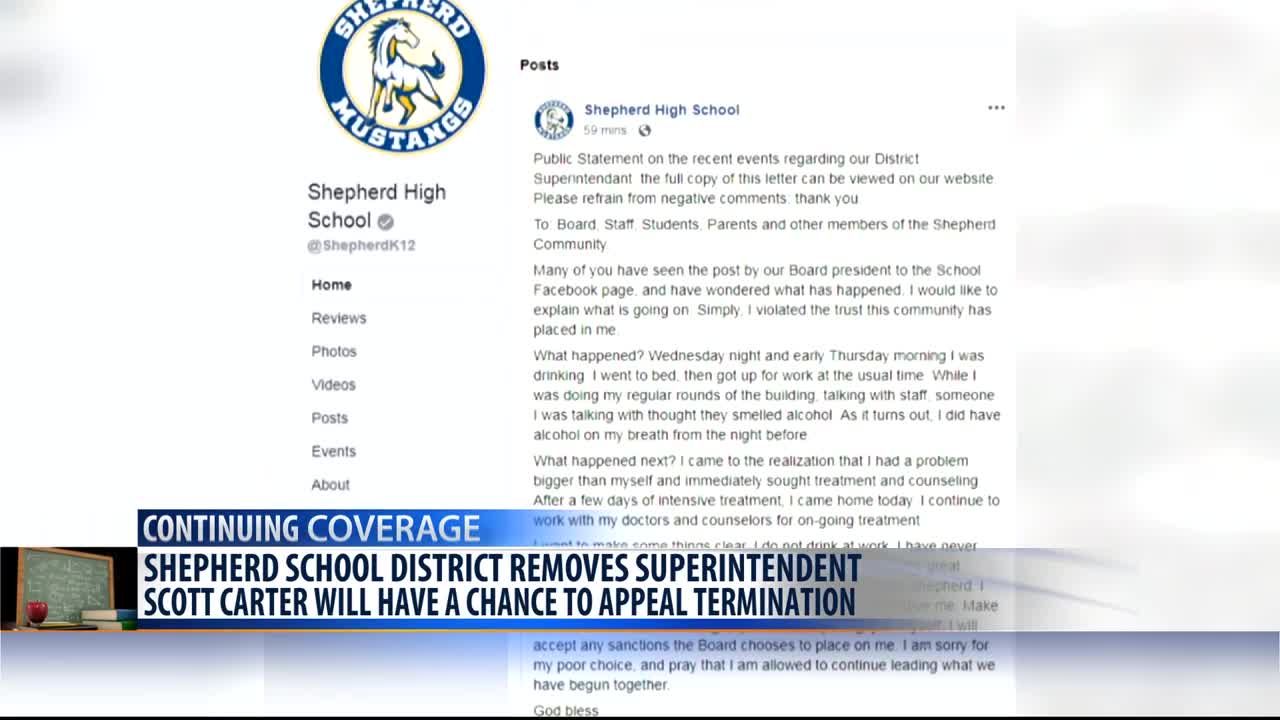 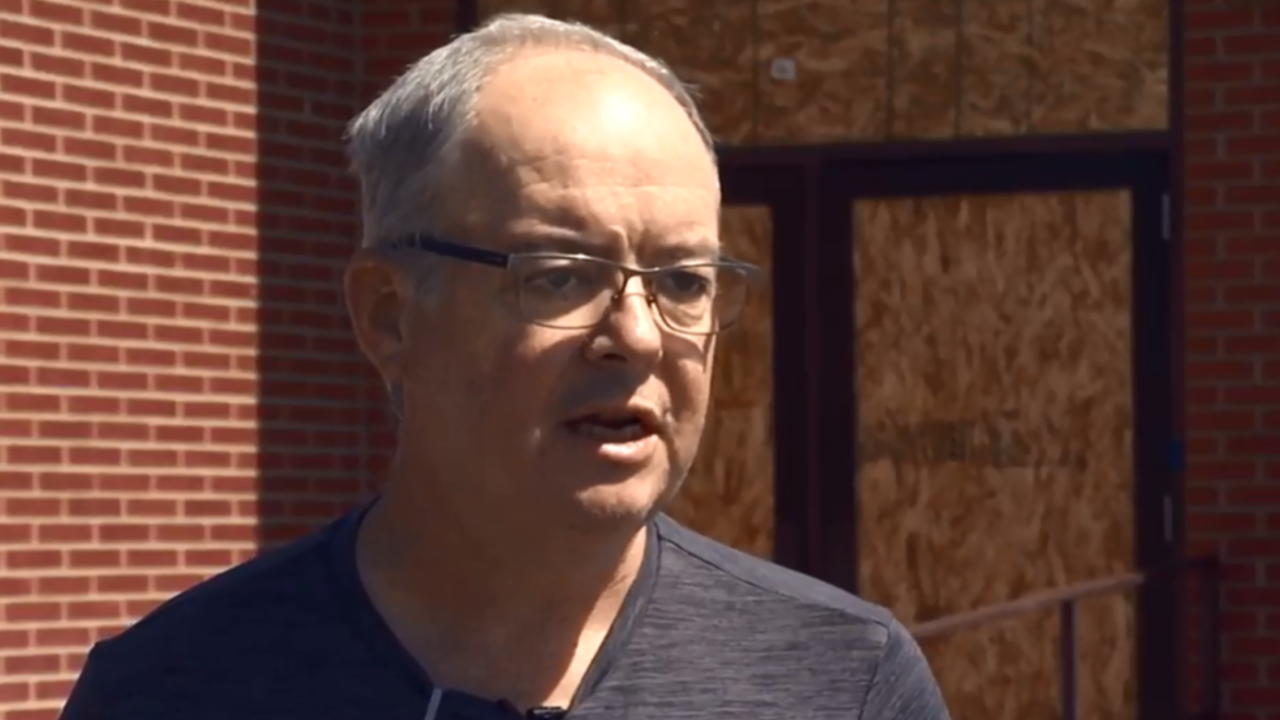 UPDATE: Q2 was able to reach Carter for a statement. He aid he was unsure if he will be appealing his termination at a hearing set for Wednesday, September 4th.

The district made the announcement on the high school's Facebook page.

The board voted 7-0 to terminate Carter after deliberating for 15 minutes in a closed session, according to board chair Carl Openshaw.

Openshaw did not give details and would only say the termination is for an alcohol related issue.

On Monday, he wrote in a letter that he was suspended after coming to work one morning smelling of alcohol. Carter said he had abstained from drinking for a decade before drinking one night and into the morning. He also stated he had never drank at work and that he was seeking treatment and counseling.

The Shepherd School Board named curriculum director Drea O'Donnell as the interim superintendent during their Monday board meeting. It's unclear what her salary will be, but Openshaw said it was remaining the same at the board meeting.

Carter will have a chance to appeal at a termination hearing on Wednesday, Sept. 4 at 6:30 pm.

Openshaw said the termination will not become official until after the hearing.

The termination is effective immediately and Carter is no longer being paid.