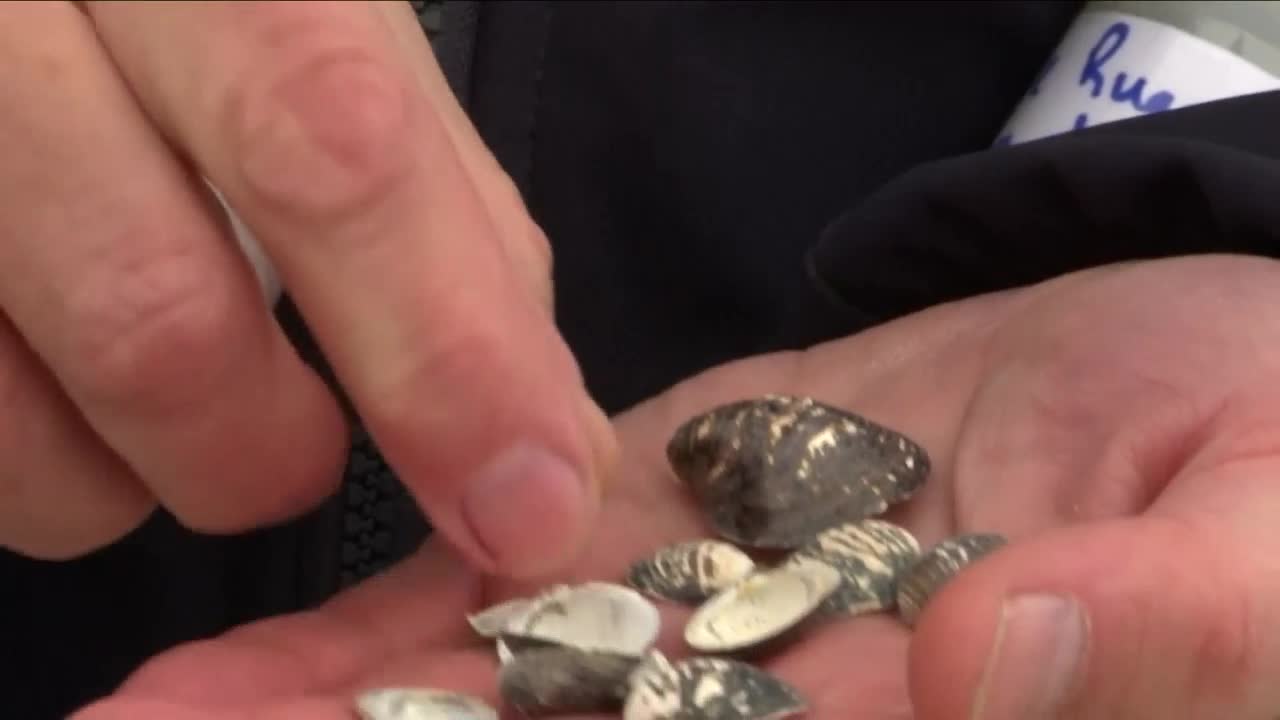 Montana Fish, Wildlife and Parks is seeking public comment on a draft environmental assessment that proposes to drain Lake Elmo in Billings in October 2021 to try and eradicate invasive Asian clams first found in the lake's water in 2019.

The assessment proposes a series of improvements to the lake and surrounding state park that can be constructed while the lake is empty.

Public comment on the environmental assessment opened Tuesday and runs for 30 days. At the end of the comment period, the regional FWP supervisor will have the final decision to either drain or keep water in the lake.

Bob Gibson, information and education manager for the wildlife department, said the water level at Lake Elmo has been dropped by about two and a half feet to get a head start on eradicating them from the lake.

“We know that the bulk of the clams are in the top five or six feet of water. So if we can kill all of them that are in the top two or three feet of water this winter, then that would slow them way down while we wait to get all of the engineering and planning and funding together for those other projects," Gibson said.

Enemies of the Asian clam include cold temperatures and a lack of food that would normally be floating around in the water, Gibson said. The 60-acre Lake Elmo is fed with water from the Yellowstone River carried to the lake along irrigation channels. The water level in the man-made lake can be raised or lowered at will.

The additions to the lake and park include the construction of fish habitats that will be covered with water when complete, more rock jetties for easier fishing access and the construction of a boardwalk along park property bordering Lake Elmo Drive.

“If you’ve ever walked through there, you know that the trail is narrow, it’s rough, it’s rocky, it’s right next to the road, there’s traffic going by. We would like to build a boardwalk around that edge of the lake as well to make it easy for people to hike out there and make it handicap accessible," Gibson said.

Gibson said FWP hasn't identified funding for the projects yet, because the environmental assessment they're contained in hasn't been approved. But Gibson expected FWP would get some money for the projects from grants and other private outdoor clubs and groups.

“There’s a lot of money outside the normal Fish, Wildlife and Parks budget that is available for that: Grant money. We have organizations and clubs that are interested in fishing and fish and fish habitat that we expect will chip in for that funding," Gibson said.

If the decision to drain the lake is made, Gibson said that would happen around October 2021. Construction on the new features would be complete by the end of the winter for the lake to be refilled in the spring. Gibson said the drainage wouldn't cut off access for farmers or ranchers that use the lake's water for irrigation.

The Asian clams cause problems for the Lake Elmo ecosystem by filtering nutrients from the water that other organisms need to survive. They can also clog constricted waterways and other irrigation system components, Gibson said

Gibson said Lake Elmo is the only other place in the country where the clams are currently found, other than the Columbia River watershed.

FWP doesn't know exactly how the clams got to Lake Elmo in the first place. They could have hitched a ride on someone's watercraft, waders or other fishing gear, Gibson said. They also could have been transported to the lake from someone's pet fish aquarium, Gibson said.

Asian clams are sometimes found in the gravel and sea shell mixtures meant to line the bottom of home aquariums sold by pet stores. Someone could have dumped their aquarium into the lake and brought the clams in that way, Gibson said.

“We never want people to transplant fish into a lake, no matter how innocent it seems. This is the reason, because we can get invasive species in here that we don’t like and we can’t handle. They can be devastating to the environment and habitat that the fish live in," Gibson said.

If the lake is drained next year, the aquatic life that currently lives there will die, Gibson said. Catfish, turtles and frogs can ingest the clams, then the clams will close up and survive the trip through the animal's digestive system. If they were to put a catfish in a hatchery for a few months, there's no telling if the fish has swallowed a clam. That fish could just reintroduce the clams to the lake, negating the benefit of draining.

“There’s no plans to try and save anything out of here. One of the options that we have for next summer is to lift the fishing limit on this lake so kids can come out here and catch as many trout and bass and sunfish as they want and keep them instead of having a limit on what they can do," Gibson said.

Once water is back in the lake, Gibson said FWP would stock it with whatever fish are available: bass, catfish, trout and other species.