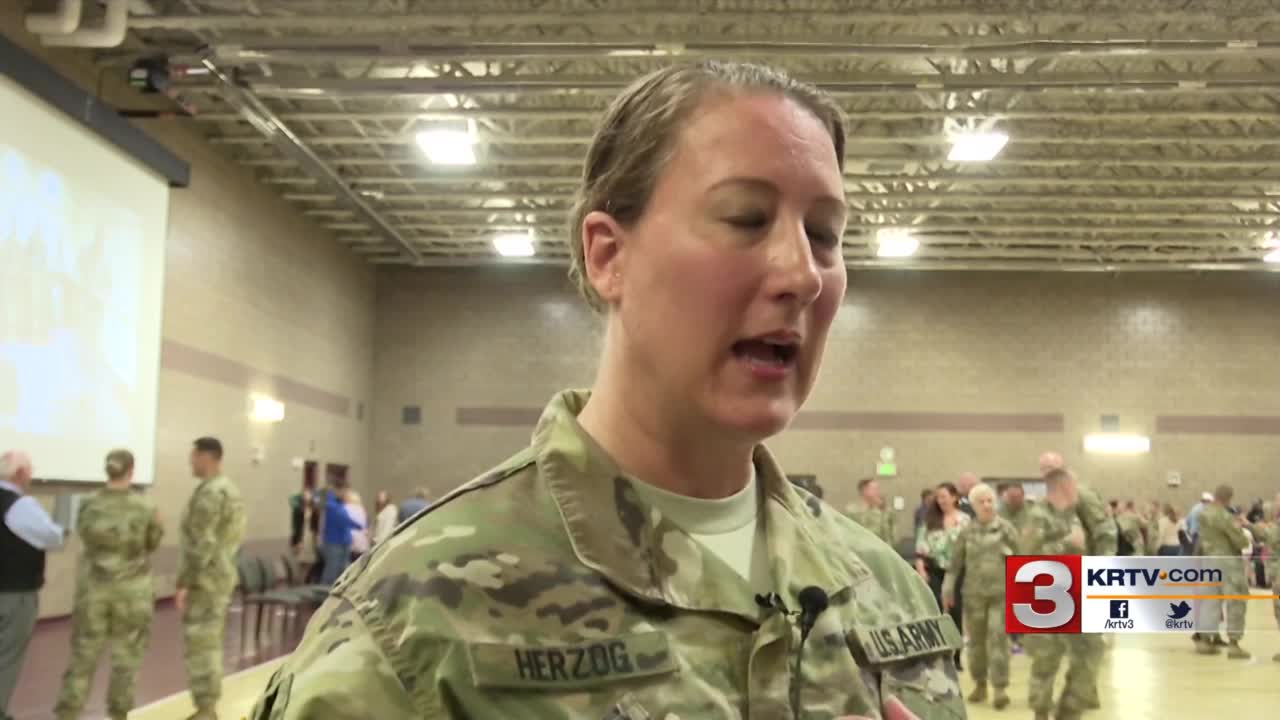 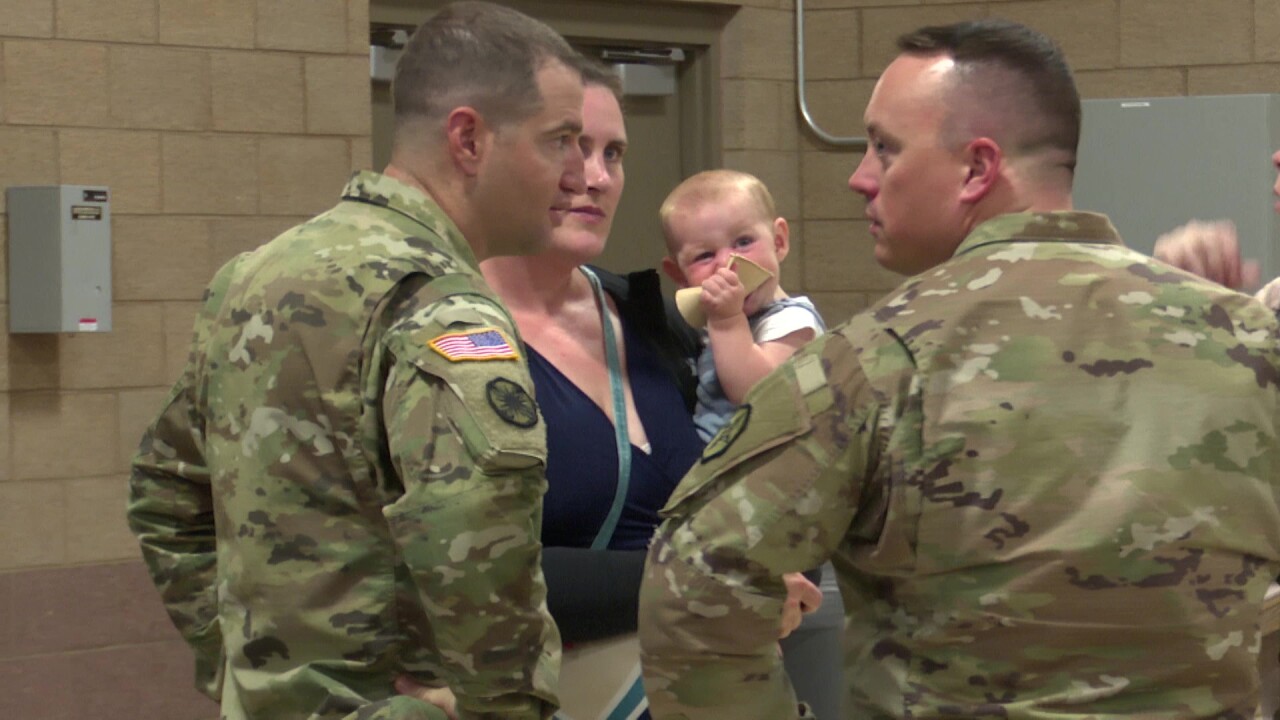 All 85 soldiers stood in parade stance as friends, family, and loved ones sat in the gymnasium on base to watch and support their soldiers before deploying to Poland for Operation “Atlantic Reserve.”

Several officers gave speeches, thanking their troops and also their families, for without them, they would not be able to accomplish their missions successfully without support of family.

Marilyn Hedrick, a forever faithful spouse of 10 years, told MTN that this is the first time her husband has been given orders to deploy, stating, “It’s sad and exciting,” said Hedrick. “I am here to support my husband as his spouse and the families of all the soldiers going. We are proud to support our troops.”

U.S. Army Staff Sergeant Ian Pelky shared that this will be his third deployment and gave advice to future and current soldiers on how to handle being away from home.

“Stay in touch; keep your head up. Focus on what’s important and of course, stay in communication, as much as possible but definitely focus on the mission. Train. Learn. And have as much fun as as possible. We are all family, so we will have a good time together.”

Colonel Erica Herzog has led the unit for almost a year and is looking forward to leading her troops during their roughly one-year-long tour to Europe.

“As a solder, as a leader, as an officer and commander of troops, as I said in my speech, I am humbled by what I do and my service to my country. And this is the most honorable and notable profession that I can think of and I love what I do. It's a calling for me, it's a passion for me, and what I said in my speech about taking care of the soldiers it comes from the heart...and it's what I love to do. So, the soldiers going on this mobilization, will be in great hands. “

Next the unit is expected to head-off to Fort Hood, Texas for another brief layer of training before officially shipping out.