Ceremony was held at the Lincoln Memorial in Washington, D.C. 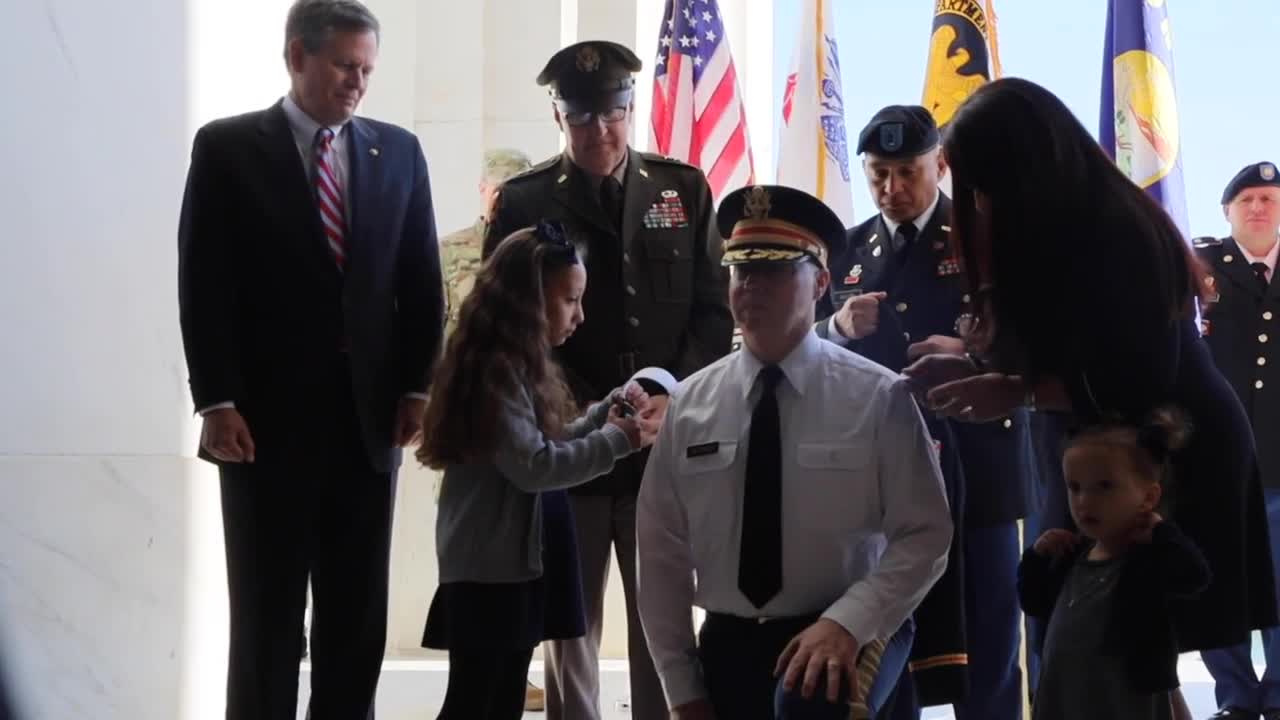 Lance Heppner, a Montana native who now serves in the U.S. Army National Guard, was promoted this week to the rank of Chief Warrant Officer 4.

Heppner was born in Helena and grew up in Jefferson City. Following graduation from Boulder High School in 1991, he joined the Guard. He’s been assigned to the National Guard Bureau in D.C. since 2013.

He has performed more than 100 military funerals for fallen veterans and soldiers killed in action, including the presentation of the American flag to the next of kin. Heppner served a tour in Iraq and has 29 years of service with the National Guard.

He currently serves as an information systems technician in the Enterprise Architecture Branch at the National Guard Bureau where he helps move systems and applications to the cloud.

The promotion ceremony was held at the Lincoln Memorial in Washington, D.C. and was attended by U.S. Senator Steve Daines (R-Montana).