“A natural next step:” Outdoor businesses call for Senate hearing on Blackfoot-Clearwater act 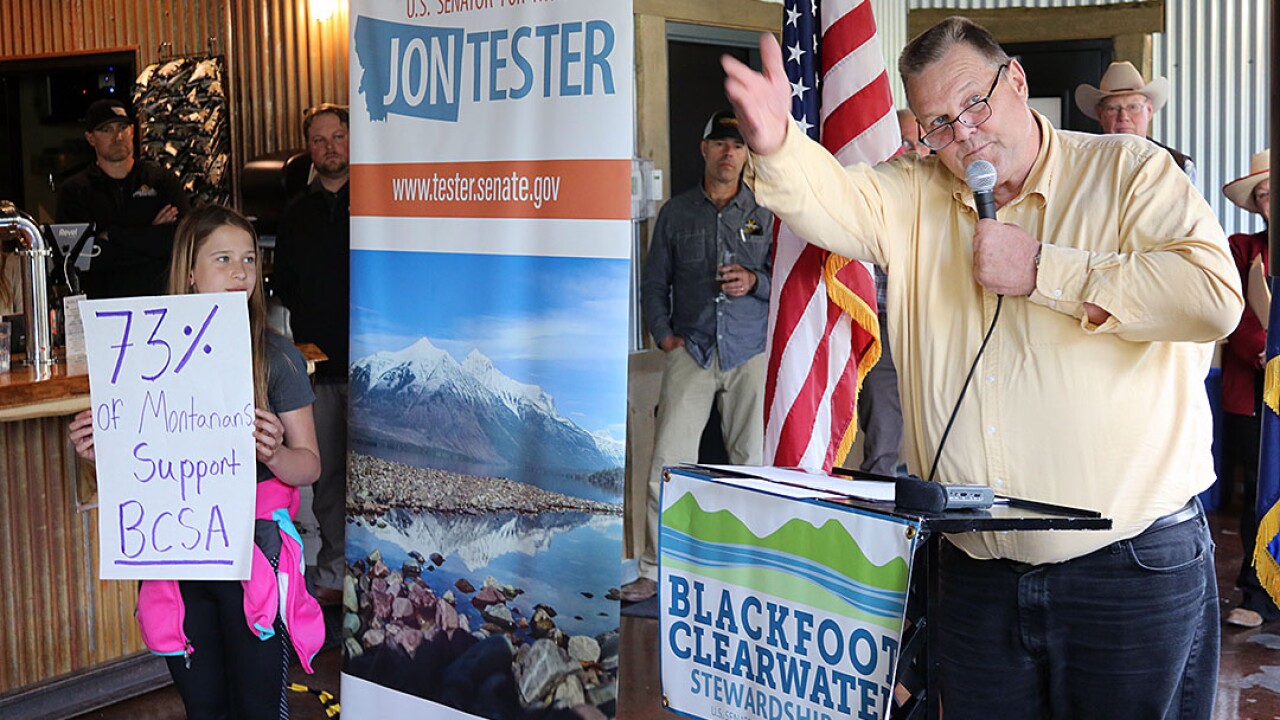 Martin Kidston/Missoula Current file photo
A collaboration between environmental groups, the timber industry and businesses rooted in the outdoor recreation economy crafted the Blackfoot-Clearwater Stewardship Act nearly 13 years ago. It was first introduced by Sen. Jon Tester in 2009. Supporters are again calling for a hearing before the Senate Energy and Natural Resources Committee.

Riding high on the passage of the Great American Outdoors Act, several Montana businesses with a recreation focus rekindled their push on Wednesday to win the Blackfoot-Clearwater Stewardship Act a hearing in the U.S. Senate.

Advocates of the measure timed the release of an economic report detailing the benefits of outdoor recreation in the state with a letter sent by Sen. Jon Tester to members of the Senate Energy and Natural Resources Committee.

Together, the parallel effort billed passage of the BCSA as a “natural next step” in protecting the state’s public lands, driving business and opening new opportunities for timber production, snowmobiling and mountain biking in one of the nation’s most unique and pristine landscapes.

“It’s been a decade now since we’ve been trying to get this in front of Congress,” said Todd Frank, owner of the Trailhead in Missoula. “That time is a little heartbreaking to me. I hope we can get past the lack of vision for what seems to me to be a broadly supported concept.”

A collaboration between environmental groups, the timber industry and businesses rooted in the outdoor recreation economy crafted the measure nearly 13 years ago. It was first introduced by Tester in 2009.

While the act is promoted as a bottom-up approach to managing public lands and is supported by 75% of Montanans, according a report released by the Bureau of Business and Economic Research at the University of Montana, it has yet to win a hearing in committee.

“The BCSA is the culmination of a years-long collaborative effort involving people up and down the Blackfoot and Clearwater valleys who represent a wide spectrum of interests,” said Marne Hayes, director of Business for Montana’s Outdoors. “This is the result of very hard work.”

As proposed, the Blackfoot-Clearwater Stewardship Act would add roughly 80,000 acres to the Bob Marshall, Scapegoat and Mission Mountains wilderness areas, and it would permanently protect four tributaries of the Blackfoot River. It would also open 2,000 acres to snowmobiling and preserve nearly 36 miles of backcountry mountain biking trails.

But after more than a decade, the only element of the measure that’s been fulfilled is the timber component. Last year, that left members of the timber industry who helped write the measure scratching their heads.

“The original vision of that diverse array of interests was the proverbial three-legged stool,” Loren Rose, COO of Pyramid Mountain Lumber in Seeley Lake, said last June. “We wanted increased forest management and restoration, and we got that. We wanted increased recreation opportunities and more acres in the Bob Marshall Wilderness, and we don’t have that.”

Tester announced his plans to reintroduce the measure that day in June, hoping to give the BCSA the spark it needed to cross the finish line. While it remains stalled in committee, Congress has passed the Great American Outdoor Act, a move that was widely celebrated by various interests.

Hoping to capitalize off that momentum, Tester submitted a letter this week to Sen. Lisa Murkowski, chairwoman of the Energy and Natural Resources Committee, and its ranking member Sen. Joe Manchin, calling for a hearing on the BCSA “as soon as possible.”

“The Blackfoot Clearwater Stewardship Act represents the culmination of more than a decade of collaboration between the timber industry, conservation groups, sportsmen, guides and outfitters, mountain bikers, and snowmobilers,” Tester wrote. “The Blackfoot Clearwater Stewardship Act is a natural next step after Congress has heavily invested in its public lands through the Great American Outdoors Act.”

Interest in the BCSA has the wide support of Montana businesses, many who recruit top talent by promoting the state’s outdoor opportunities. Those businesses based in the outdoor recreation economy have also lined up to support the measure.

On Wednesday, they released an economic report promoting the industry’s $7 billion value in the state. According to the data, the Blackfoot River generated more than 9,000 guided outfitter days in 2018.

Anglers spent nearly $1 billion in Montana in 2017, while hunters spent almost $400 million, according to the data.

“As a fishing outfitter, a healthy Blackfoot is vital to my business,” said Tony Reinhardt, owner of Montana Trout Outfitters in Missoula. “The BCSA will be a huge piece to help secure the health of the river for generations.”