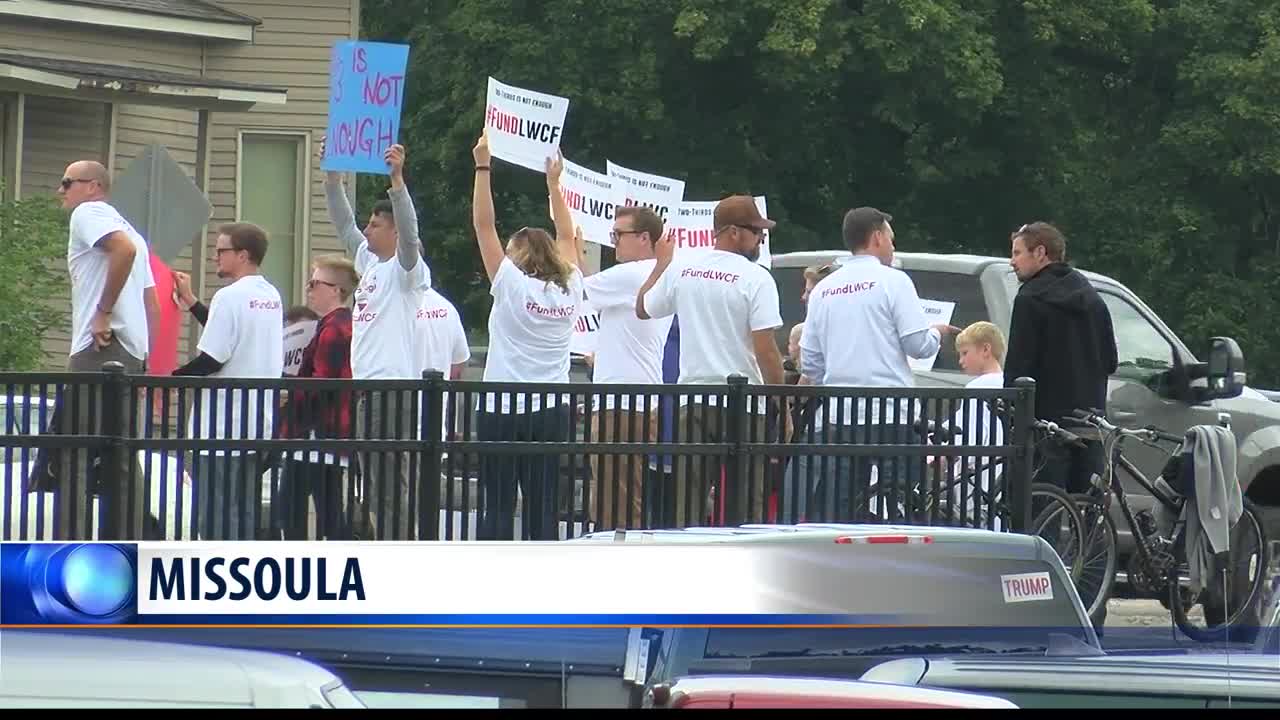 The LWCF is funded by offshore oil and gas royalties and goes to protect public lands.

Daines was in Missoula as the keynote speaker for the City Club Monday and spoke mainly about access to public land, veteran care and forest management.

A few months ago Daines showed support for fully funding the LWCF at $900 million. He's on the Senate Appropriations Committee and in May that committee authorized $600 million. But protesters say that's still not enough.

"It's important that he hears from all of his constituents who have some very big concerns about the Land and Water Conservation Fund and specifically by the fact that it's been underfunded, and underfunded by Senator Danes himself," Montana Conservation Voters Executive Director Aaron Murphy said.

"We wanted the $900 million-plus number, but in the meantime getting a 40% increase in the short term would be a pretty nice increase. But ultimately, our goal here is the full funding of LWCF," Sen. Daines said.

The Senator told MTN News of reaching that $900 million threshold could be possible but will require quite a bit more work.