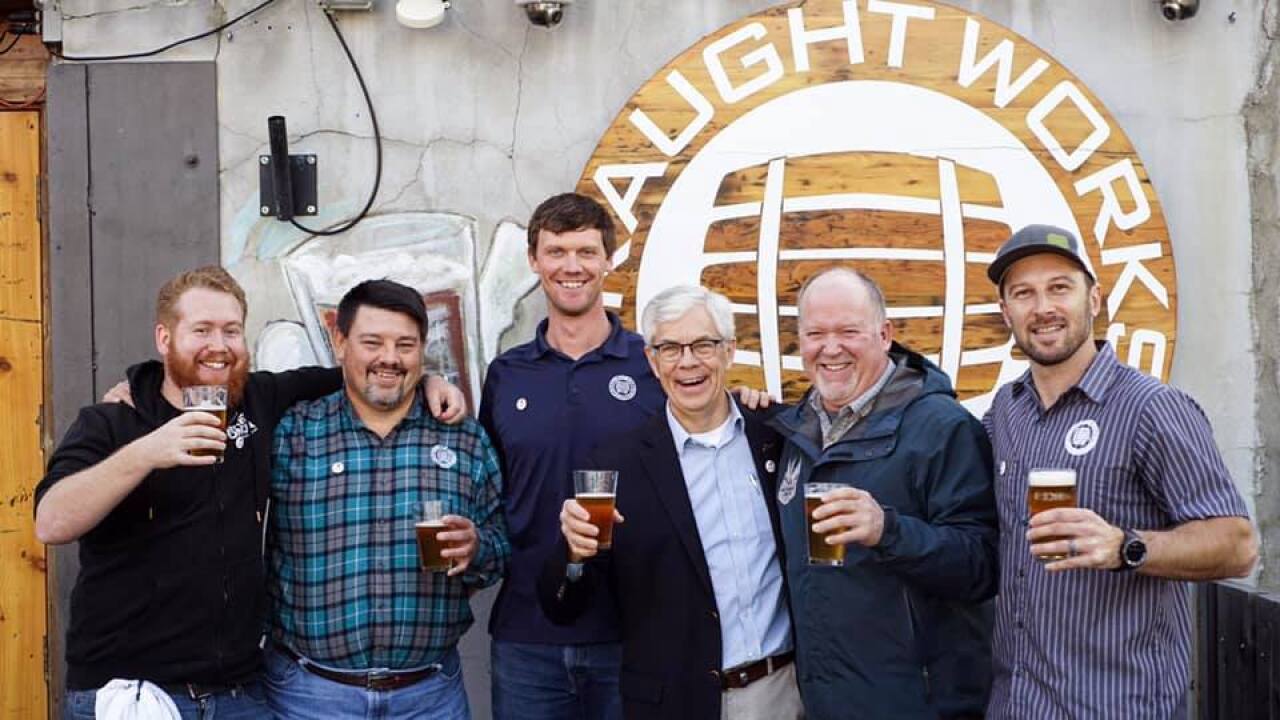 The international collaboration marks a growing economic pairing between the two cities and the businesses that call them home. The new beer is a blended effort between Draught Works and Brew Union Brewing Co.

“The beer is basically a celebration of our two cities,” Jules Grace, who co-owns Brew Union, told the Missoula Current. “We’ve used 100% Montana grown and malted barley, and then 100% New Zealand hops. New Zealand and Montana have a lot of similarities, as do Missoula and Palmerston North.”

Draught Works described the beer as “dark, floral, and brewed with love using all Montana grown and malted barley from Gallatin Valley Malt Co., and all New Zealand grown hops.”

Shortly after the sister city partnership was established in 2018, a delegation from Palmerston North traveled to Missoula. The visit sought to explore ways the two cities might collaborate on tourism, economic development and cultural enrichment.

Earlier this year, Missoula returned the favor by sending a delegation to Palmerston North. It included members of Arts Missoula, the Montana World Trade Center, the Missoula City Council and other delegates. The new beer marks one of the first economic collaborations between the two cities.

“It’s a great international collaboration on many levels,” said Grace.

While Draught Works is well known to connoisseurs of Missoula beers, Brew Union may mark something new. The brewery was established in 2017 “to bring good beer (and food) to the people of Palmerston North,” according to Grace.

The brewery brews six core beers with several seasonal brews on tap at any given time.

“We brew on a 10-barrel system and are draught/keg only for our product,” said Grace. “We focus on fresh and local ingredients and supporting our community.”

The new Sister City IPA was unveiled this week at Draught Works. Toni Grace, the international Relations Manager for the Palmerston North City Council, said the collaboration marks a step forward in the sister city partnership.

“Missoula and Palmerston North have so much in common, including being similar-sized, river-front, university cities,” she said. “The development paths of our cities, economies and communities are surprisingly in-step, and there’s much we can learn from each other through this global partnership.”

Sister Cities International has worked since 1956 to create exchanges that connect communities and cultures for mutual benefit. As a member of the network, Missoula belongs to one of the oldest and largest networks of citizen diplomacy in the world.

“Traditionally, sister city connections have primarily focused on cultural and educational enrichment, but this extended stay shows that there might well be economic potential to the twinned city connection as well,” said Fluck.

Missoula also has a sister city partnership with Neckargemünd, Germany. It dates back to 1993.