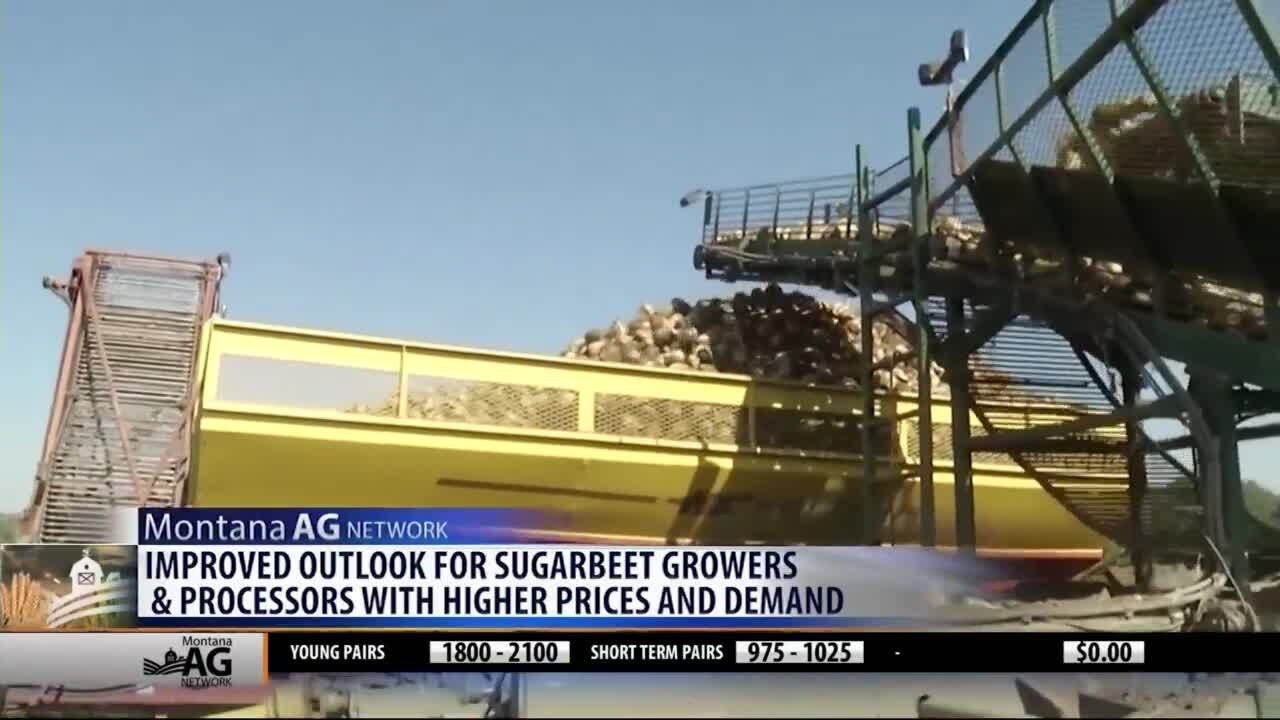 #1 Sugarbeet growers and cooperatives in the U.S. are expected to have a stronger financial year ahead, with improved production and high prices for the 2020-2021 crop.

That’s according to a new report by CoBank that said consumer demand for sugar remains high. This comes after last year when weather impacted planting and harvest in Montana and other key producing states marking the fifth biggest year-over-year decline on record, dropping 14% to 28.6 million short tons. USDA predicts acreage nationwide at 1.13 million acres up 6500 from last year.

With demand remaining strong and refined sugar supplies tightening, the price of Wholesale Refined Beet Sugar has surged to 44 cents per pound, up from 35 cents per pound last fall and the highest since 2012. Raw sugar prices, though, have held steady at around 25 to 27 cents per pound for over the past two years.

#2 Speaking of sugarbeets, Montana’s crop progress report shows the entire crop has been planted and 71% of the crop has emerged, ahead of the previous year at 66 percent.

Spring wheat planting is wrapping up, with an estimated 97 percent of the crop planted, ahead of the previous year average at 90 percent.

Winter wheat was reported with 30 percent of the crop booted, ahead of the previous year at 26 percent, but behind the 5-year average of 51 percent. Winter wheat conditions were rated as 80 percent good to excellent, compared to 87 percent this time last year.

Reductions in bulk commodities including soybeans, cotton, corn, and wheat making up the biggest portion of the decline. The forecast for wheat exports is down $300 million to $6.1 billion, as larger global supplies and uncompetitive U.S. pricing reduce prospective volume.

Livestock, poultry, and dairy exports are unchanged from the February projection of $32.4 billion, as stronger demand for pork and dairy products offsets a decline for beef and poultry products.

#4 Expanding on the decline in ag export prediction, China is halting imports of some U.S. agricultural products through state-run agricultural companies.

The move comes as a response to tensions between the U.S. and China regarding Honk Kong. The action is the latest by China, which puts a trade agreement full of wins for U.S. agriculture in jeopardy.

Last week, President Donald Trump threatened to punish China for its relations with Hong Kong. China responded by pausing purchases of U.S. ag products, including recent inquiries to purchase U.S. soybeans. China said the measures announced gravely interfere with China's internal affairs and undermine bilateral relations and will be detrimental to both sides.

However, the retaliation is likely temporary, as China will need more soybeans and pork and beef, among other products. China was increasing purchases of U.S. ag products as the nation reopens following the coronavirus pandemic, but at a slower than expected pace to fulfill the Phase One trade agreement.