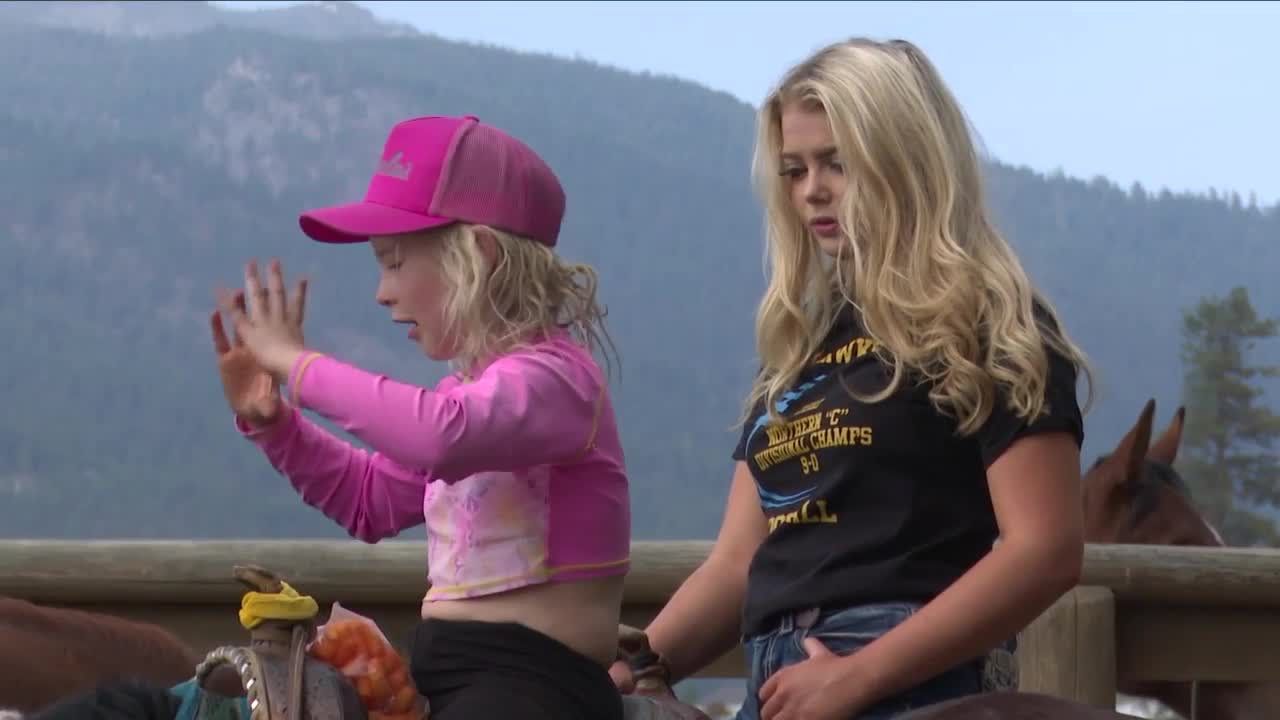 As a fifth-generation Montanan, Sam Moulding grew up ranching with her family.

"This lifestyle is romanticized beyond belief. It's everybody's dream, or so they think. It's over-romanticized in a lot of ways, if you don't love it it's not for you," Moulding told MTN News.

Moulding took her experience to Flying D Ranch in Victor about 18 months ago.

Bear Frisbie owns and operates the ranch, alongside her kids.

"We do everything ranch-y," Frisbie said. "Sometimes it takes two-to-three times longer, but they're learning so much, and eventually it's going to flip flop to where they're actually helping out, but really, truly, they're good hands, and we rely on them for a lot of the tasks around here."

She found herself needing some extra help about 18 months ago and to her surprise, most of the applicants were women.

"I wouldn't say that we're female empowerment, I would just say we're anybody empowerment," Moulding explained.

So now it's Frisbie, her kids, Moulding, and her mom and sister.

"Look we're doing it, and we have our kids by our side, and we're doing hard work, and we're totally capable, so if we're capable anyone's capable," Frisbie said.

When MTN News stopped by to visit, the crew was hanging out with the cows.

Frisbie's family has been on the property for 20 years. They have about 150 head of mother cows and calves and sell some of the beef locally. But a majority of cows are sold to outside buyers.

"I love that we can do it and that it just shows that anyone can do it. This is just like, a job that anybody can do, and it's super important because there's such a gap between the producer and the consumer, and we've been able to share our story, and kind of close that gap," Frisbie said.

And they've grown quite a following on social media.

"They say we're inspiring, but really it's inspiring to see people excited about learning to things, providing for themselves," said Frisbie.