Denis Salois shared the picture on the KRTV Facebook page 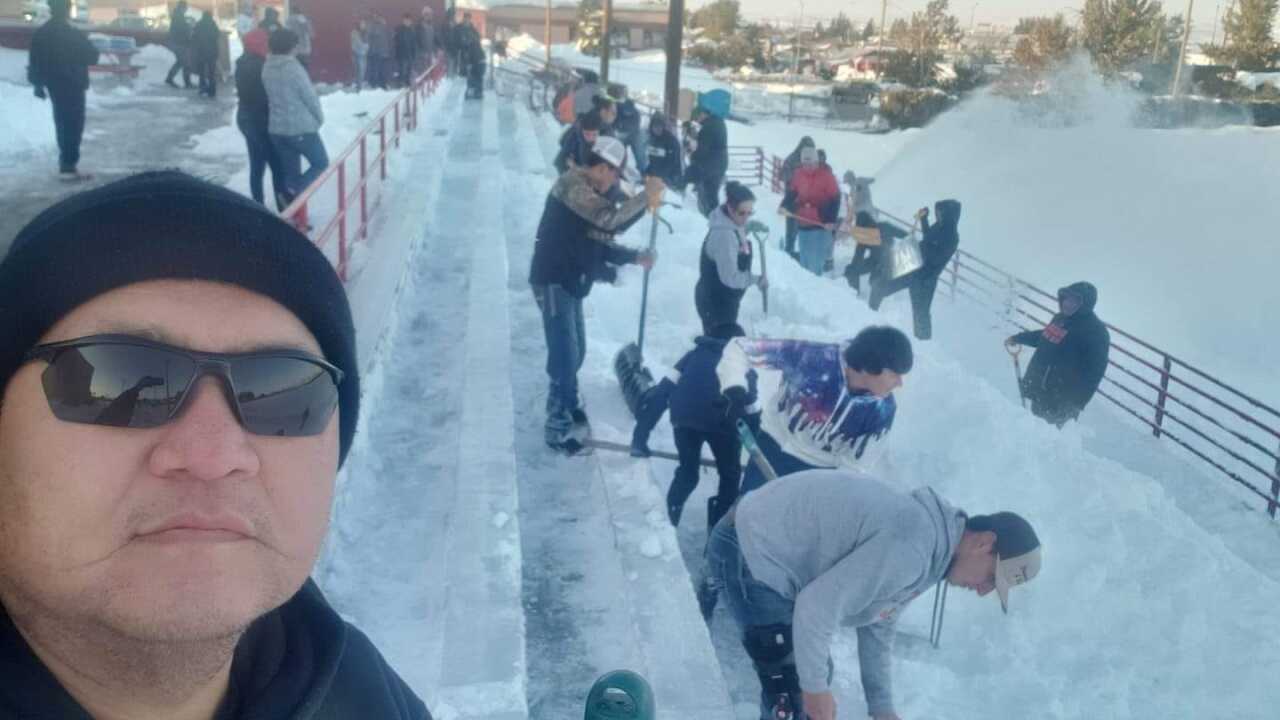 The record-setting September snow that blanketed parts of Montana over the weekend yielded plenty of photos showing just how much snow fell - but this photo captures the neighborly spirit that makes Montana special during tough times.

Denise Salois shared the picture on the KRTV Facebook page and wrote:

just had to share the Brownin high school football team spent the day Monday shoveling elders and handicaped out of their homes after the snow storm at the same time the posibility of their homecoming game was in jeopardy of being postponed to a date where other sporting events were going on so parents and fans would miss,due to snow on the field and bleachers they and community members rallied together and shoveled the bleaches and others with equipment will clear the field so homecoming can commence as planned

Denise said the photo was taken by Peter Red Horn, who wrote: "we came out a a community to support our big red football team so they can have their homecoming"

More than three feet of snow over the weekend some areas, particularly along the Rocky Mountain Front and in several communities to the east, including Browning, East Glacier, and Heart Butte. Ttopping them all: the community of Babb north of St. Mary recorded 52 inches of snow!