Eagle is on the mend after rescue 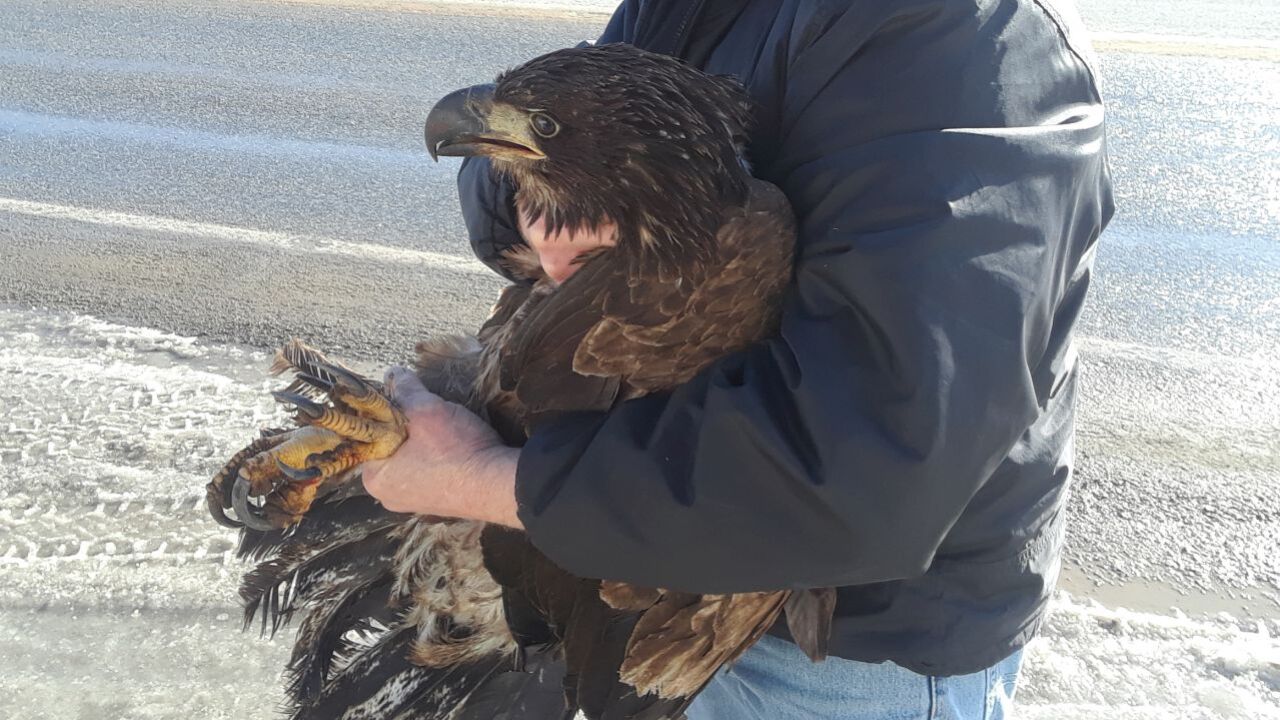 A truck driver stopped in at the Lincoln Ranger District office on Thursday to report that he had accidentally struck an eagle west of Lincoln on Highway 200 near Arastra Creek.

A news release from the agency said Shanley was able to find and capture the immature bald eagle and handed it over to staff at the Wild Skies Raptor Center in Potomac, a non-profit raptor rehabilitation and education center, in hopes it can be saved.

“The bird was still strong and ready to tangle but does at a minimum have a broken wing,” said Shanley. “It typically takes four or five years for bald eagles to get their adult plumage with the white head and tail.”

According to Shanley, the Blackfoot Canyon unfortunately contributes to quite a few bald and golden eagle mortalities due to the number of deer that get hit along this section of the road, particularly in the windier portions of the canyon where there is a shorter sight distance.

“The eagles tend to gorge themselves to the point their crop is so laden with meat that they can’t lift off easily. Often when they try it is right into the path of oncoming vehicles,” added Shanley.

Drivers are urged to slow down while traveling if they see a raptor in this situation to give the birds more time react.

Shanley later confirmed with the rehabilitation center that the eagle has a broken humerus bone in her left wing, yet remained very feisty, saying, “They put a hood on her head to be able to work with her and also gave her some pain medication to help calm her down and think there is a decent chance of recovery.”

The raptor rehabilitation center works with a veterinarian on these types of situations who will likely do surgery. For now, they’re watching her in case other issues develop prior to surgery thereby providing greater insight into her future.