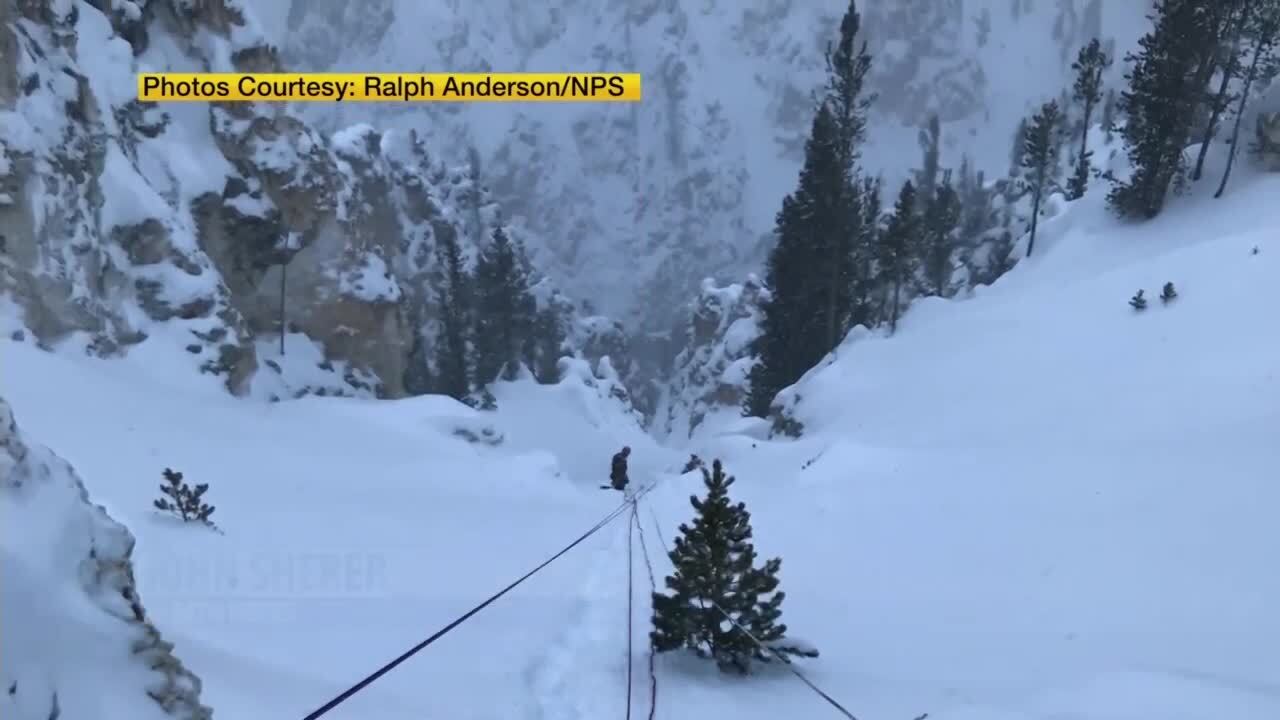 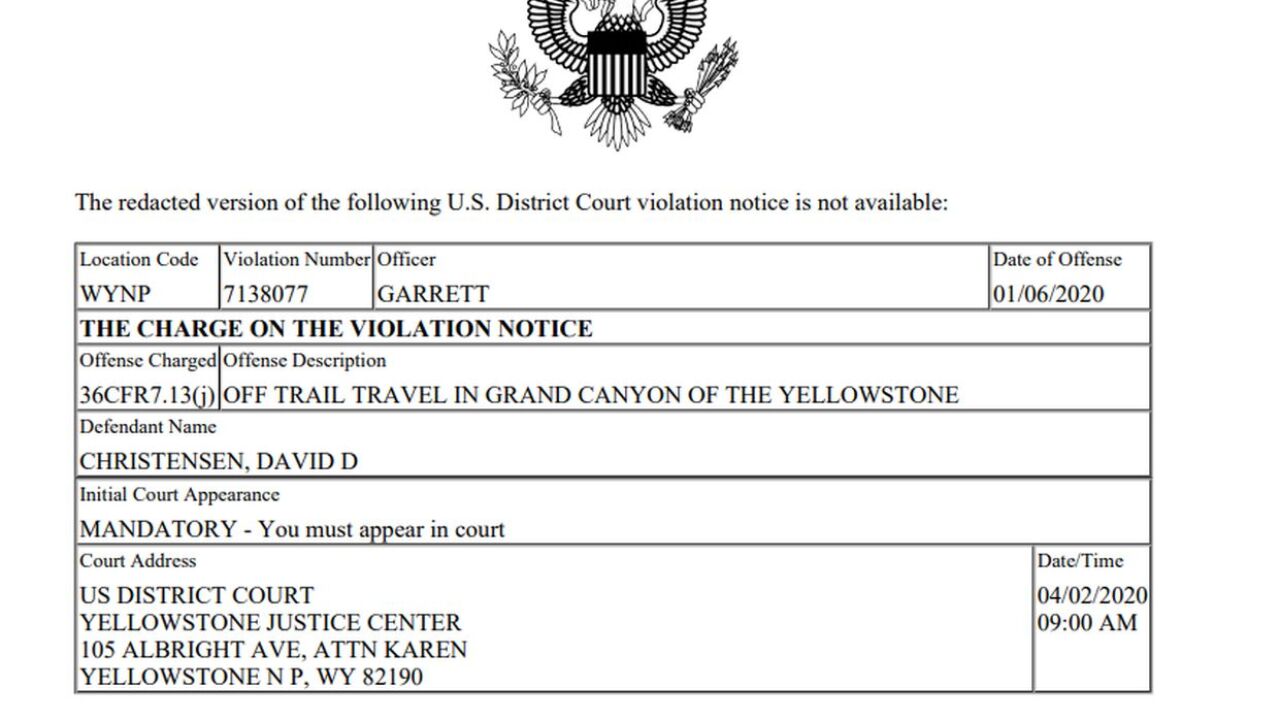 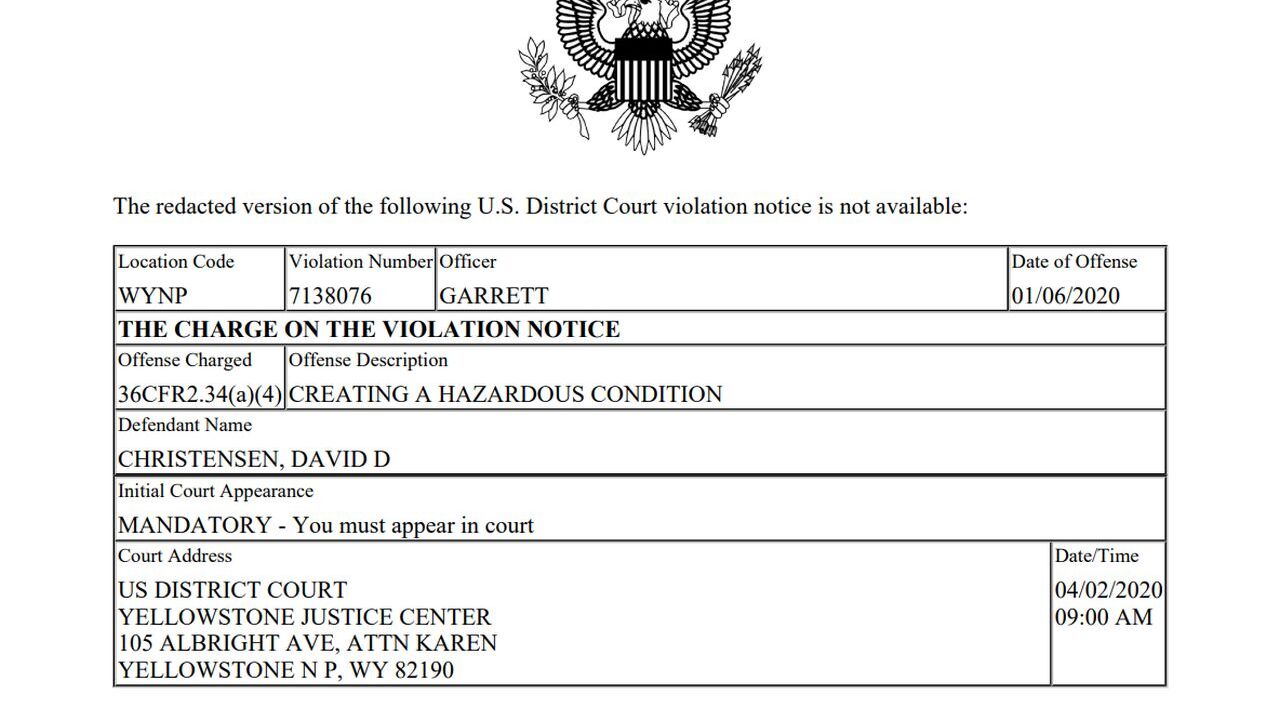 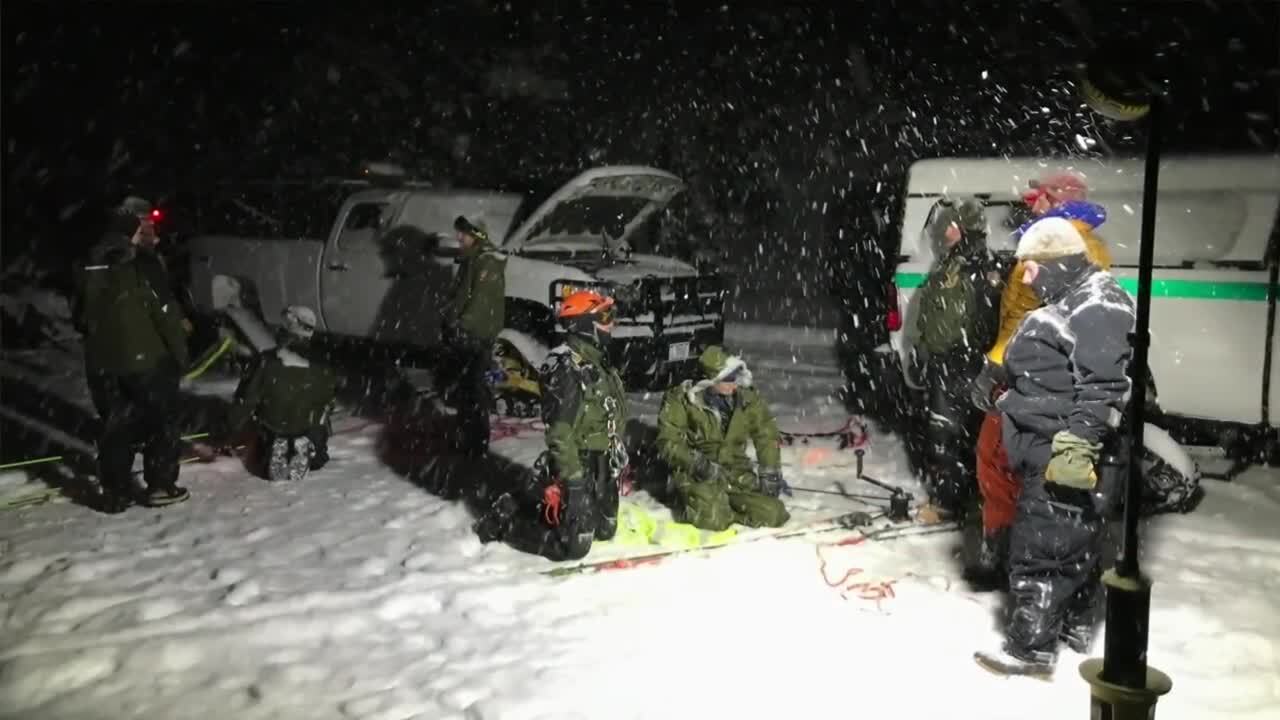 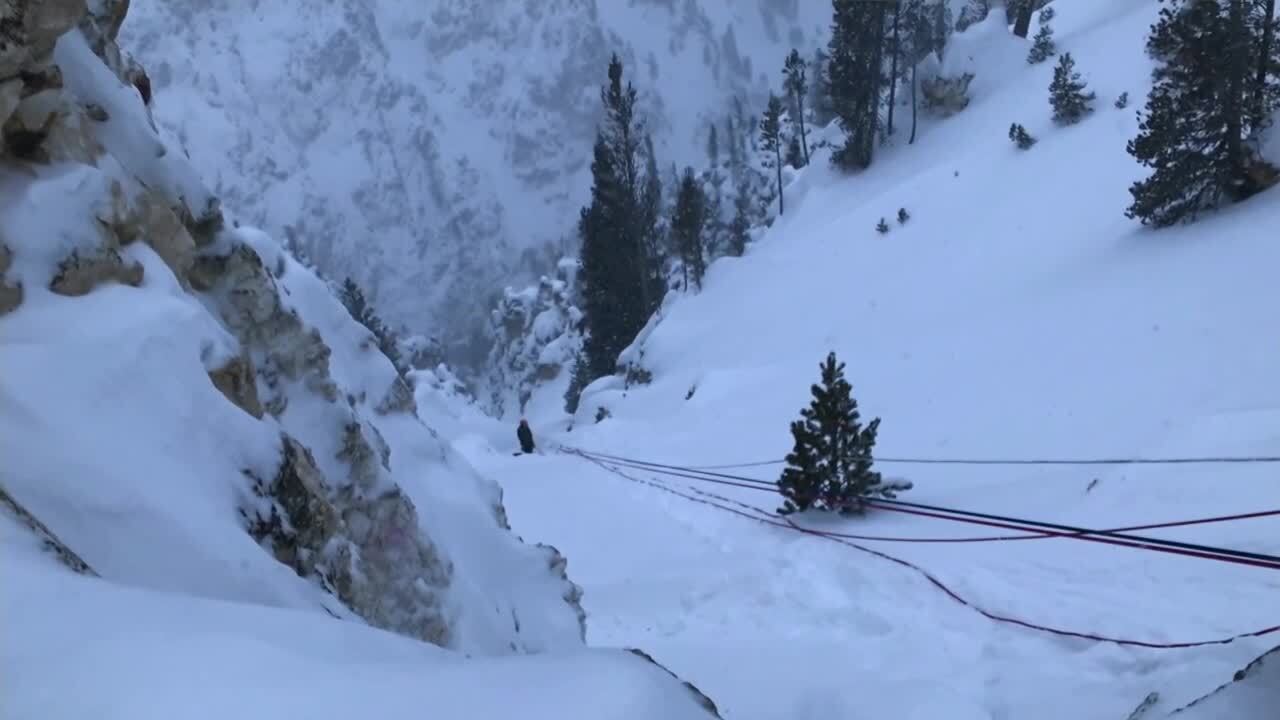 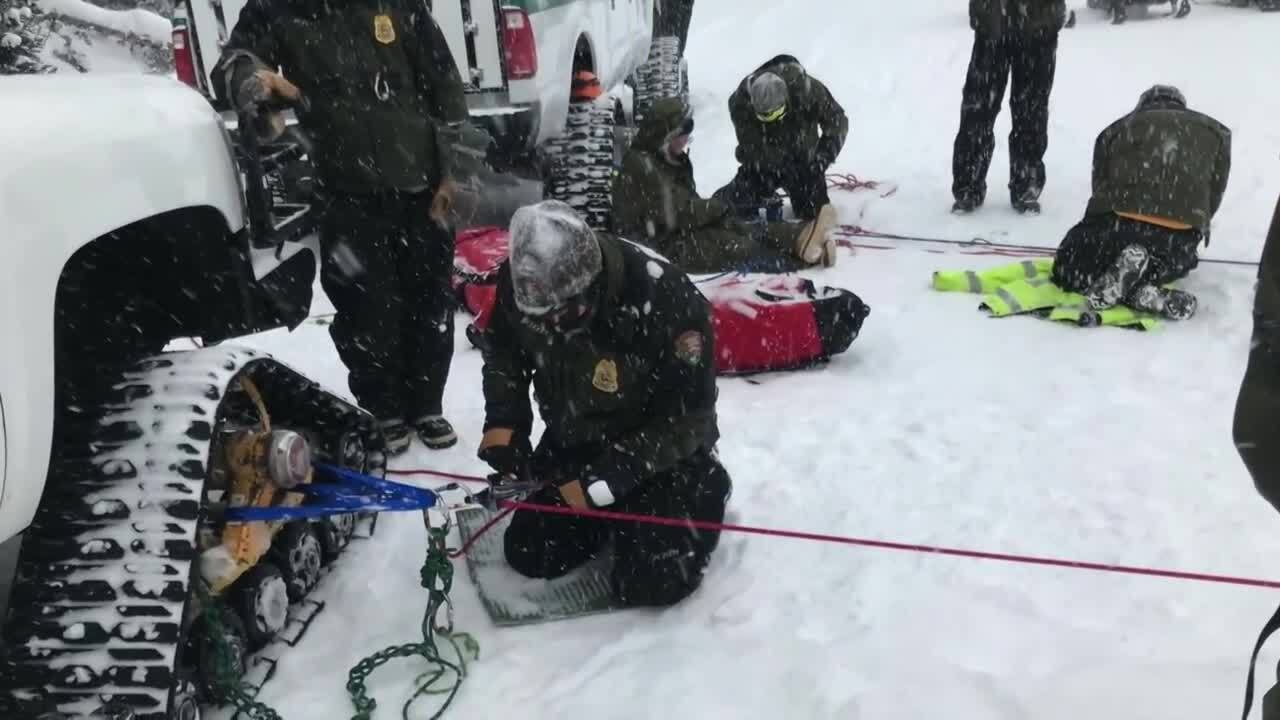 A little more than a week ago, a Yellowstone National Park Search and Rescue team pulled a man to safety from nearly 900 feet down in the Grand Canyon of the Yellowstone.

Dave Christensen of Winamac, Indiana, was there illegally.

Yellowstone National Park officials said the rescue of Christensen was difficult and dangerous. "It took four 600-foot ropes," said Canyon District Ranger Klint Powell who served as the Incident Commander for the rescue.

Powell said it was clear Christensen intended to attempt to scale the cliff face all along. Powell said, “He had the gear, had a rope, had an ice axe.”

Powell used a unique method to get access to the canyon, which is closed to normal vehicles in the winter months. Most people can only access interior parts of the park on a guided snowmobile or slowcoach tour. But some are allowed to get permits for unguided trips into the park so long as they know and follow park rules. Christensen obtained one of those permits.

He and a friend snowmobiled to Lookout Point where Christensen tried to rappel to the bottom while his friend waited above with a two way radio. But Christensen made a big mistake in planning his adventure.

So Christensen jumped off his rope and scrambled to the river but he couldn’t make it back to the rope. Powell noted, “He had to go through drifts up to five feet high.”

Weather was also a problem. As is often the case, the canyon was windy and cold and a snow storm was moving in. Christensen radioed his friend asking for help. That’s when a ranger led Search and Rescue crew of eleven from both Canyon and Old Faithful rushed in.

One expert climber was lowered to the stranded man. "It was a long slow haul,” said Powell.

Besides the worsening weather, there were other big obstacles. The volcanic rock in the canyon breaks easily making the cliffs dangerous.

It took six hours to complete the rescue.

“There were times where they would fall head first into the drifts while we’re still pulling up,” said Powell. He added, “What makes this place special is its wildness, but it’s got to be respected.”

The canyon had already been in darkness for three hours by the time the man was rescued. Powell said Christensen, 55 years old, was lucky to get out without injury or even worse.

Christensen has a mandatory appearance in federal court in Mammoth. He’s facing charges of creating a hazardous condition which endangered himself and the rescuers. He also faces a charge of off-trail travel in a closed area. A court date has not yet been set.