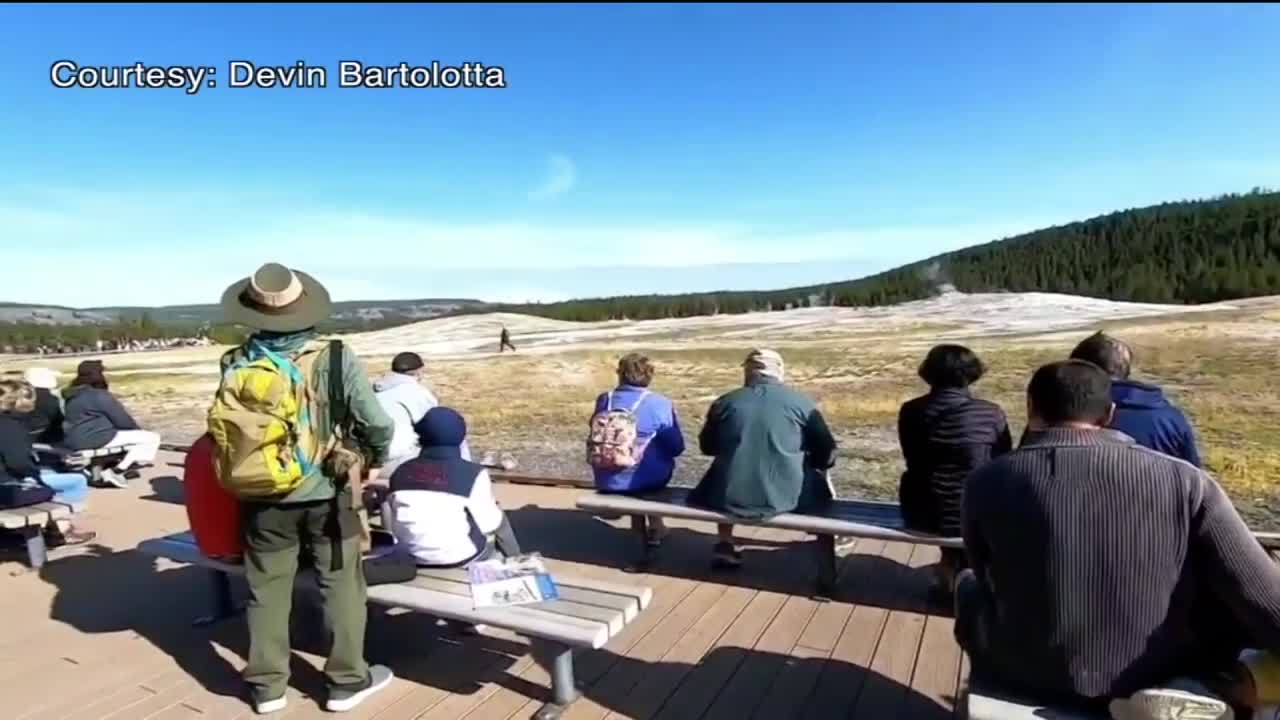 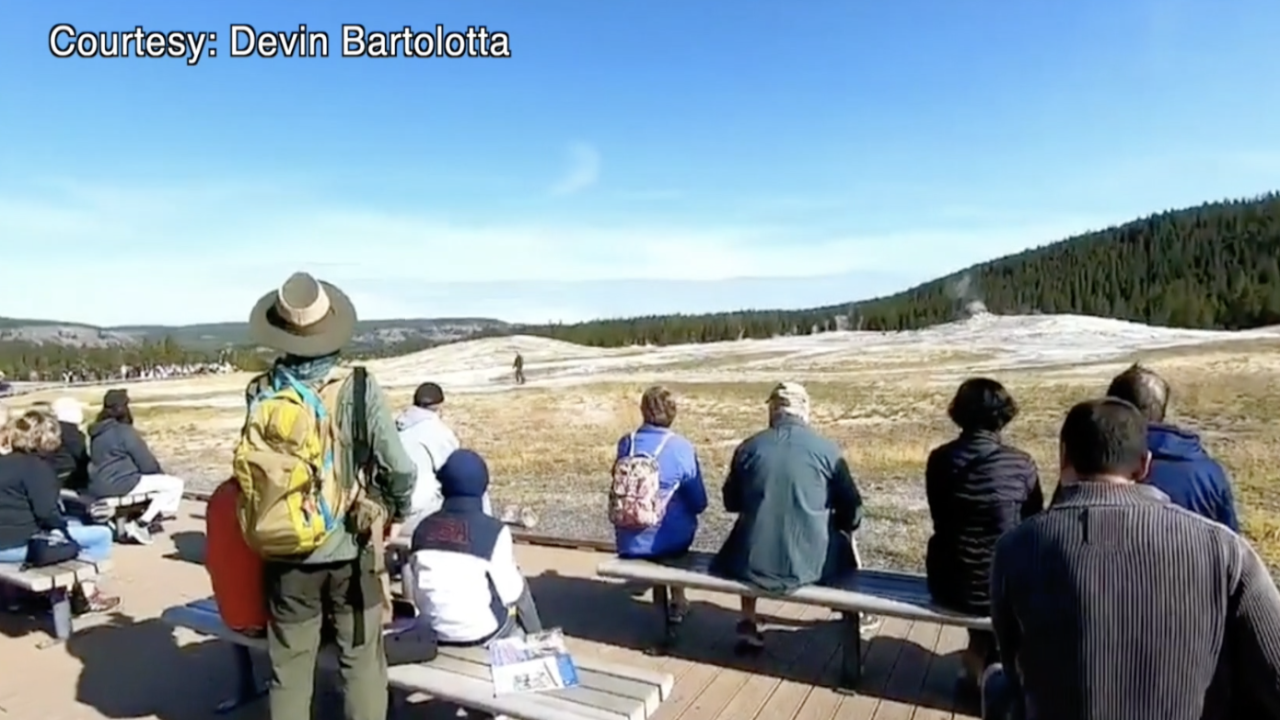 The man seen walking dangerously close to Old Faithful in Yellowstone National Park on Saturday escaped without being arrested.

Park officials told MTN News that unlike other recent offenders in thermal areas, there is not a close picture of the man, and no one got a license plate number or description of his vehicle.

Devin Bartolotta, who recorded the incident, told MTN News hundreds of people were waiting for the iconic geyser to erupt when the man moved closer to take a photo on his phone.

Park staff followed him as he left the geyser, but he disappeared into a crowded parking lot. By the time park rangers arrived, he had left the area.

Another man who walked off the boardwalk at Grand Prismatic Spring in June was caught thanks to a visitor tip. He received a $1,040 fine and four days in jail.

There have been several visitor incidents in Yellowstone National Park.

A 9-year-old girl was injured last month after being tossed into the air by a bull bison near Observation Point Trail in the Old Faithful Geyser area.

A visitor to Yellowstone recorded in May of 2019 a small dog running around and barking at two bison.

In September of 2018, a man was knocked down by an elk while standing on the side of the road. He was not injured.

In July of 2018, a man was caught on camera taunting a bison on a road in Hayden Valley. He was later sentenced to 130 days in jail by a federal judge in Wyoming.