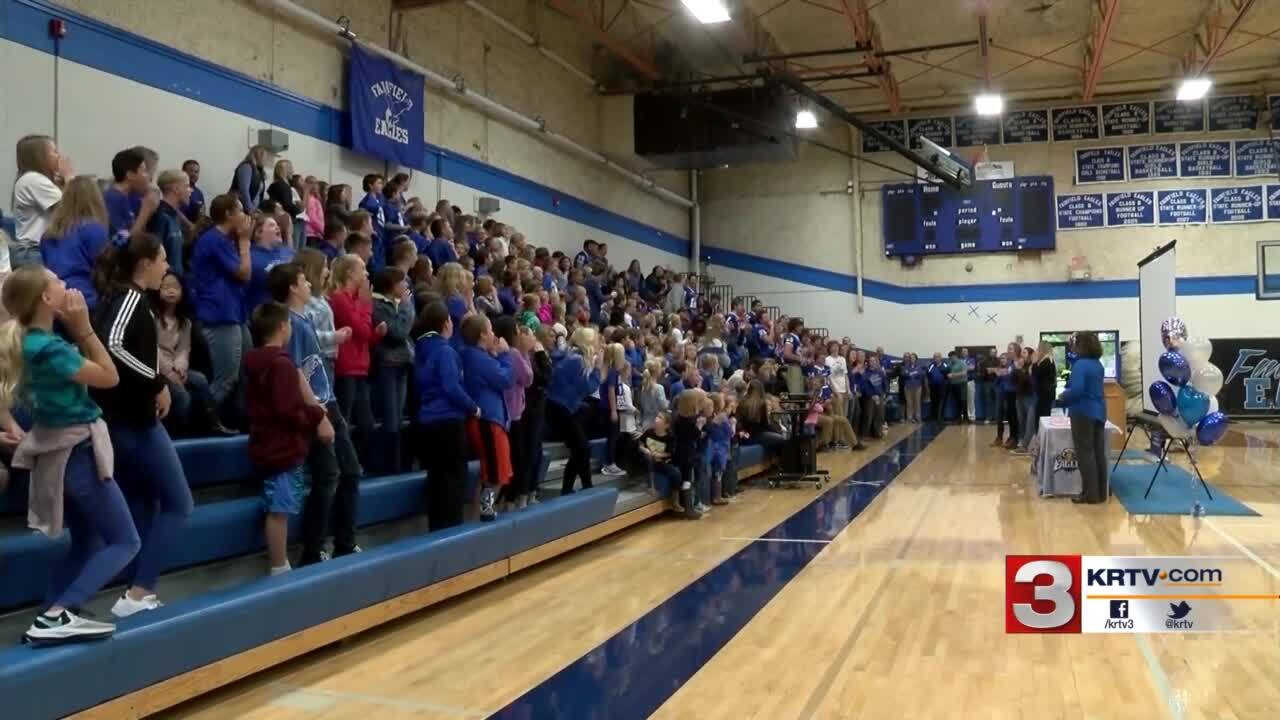 The U.S. Department of Education has announced the latest recipients of "National Blue Ribbon School" honors -- and three of them are in Montana.

The recognition is based on a school’s overall academic performance, or progress in closing achievement gaps among student subgroups.

The three Montana schools that earned the honor for overall academic performance are:

A press release from the U.S. Department of Education says that the Blue Ribbon award affirms the hard work of educators, families, and communities in creating safe and welcoming schools where students master challenging and engaging content.

The submission form for Fairfield says, in part: In the heart of barley country Fairfield, Montana is a small, rural town with an approximate population of 650 people. Our Early K-6th school has an enrollment of 155 students. Our school and it's success is everything to this community. Being a Title I school, we concentrate on students successes in all areas educational and academic while supplementing with extra curricular activities.

Over the past 25 years, Fairfield has striven to stay at the top of the technological advances. Every room is equipped with a smartboard and a projector, EK-2 is equipped with Ipads, 3-6 is equipped with Chromebooks and we are fortunate to have two 30 computer hard wired labs for varying activities and maker space activities. We pride ourselves on always striving for success and opening our doors to offer many activities to the community and the use of our buildings. Some of those activities include adult education opportunities, 4-H and scouts.

The submission form for Fort Benton says, in part: The school population has dropped significantly over the past 30 years due to the improvement of farming technology and equipment, farm consolidation, and smaller families needed to farm the available land. The largest majority of our students reside in the town, however a significant portion of our students live outside town on a farm and ride the bus to school.

In the last five years our schools have made technology a priority. This is demonstrated with the purchase of classroom projectors and interactive whiteboards for all classrooms, 1 to 1 Chromebooks for all students in grades first grade through twelfth grade. Computer labs in all schools and Ipad carts in the elementary and the high school. We have also provided professional development to support the implementation of all new technologies and recently our teachers have been diving into the Google Classroom arena.

“We recognize and honor your important work in preparing students for successful careers and meaningful lives” said Betsy DeVos, U.S. Secretary of Education, in a video message to the honorees. “As a National Blue Ribbon School, your school demonstrates what is possible when committed educators hold all students and staff to high standards and create vibrant, innovative cultures of teaching and learning.”

On November 14 and 15, the U.S. Department of Education will celebrate with 312 public and 50 non-public school honorees at an awards ceremony in Washington, D.C.

The Department recognizes all schools in one of two performance categories, based on all student scores, student subgroup scores and graduation rates:

Up to 420 schools may be nominated each year. The Department invites National Blue Ribbon School nominations from the top education official in all states, the District of Columbia, Puerto Rico, the Virgin Islands, the Department of Defense Education Activity, and the Bureau of Indian Education. Private schools are nominated by The Council for American Private Education (CAPE).