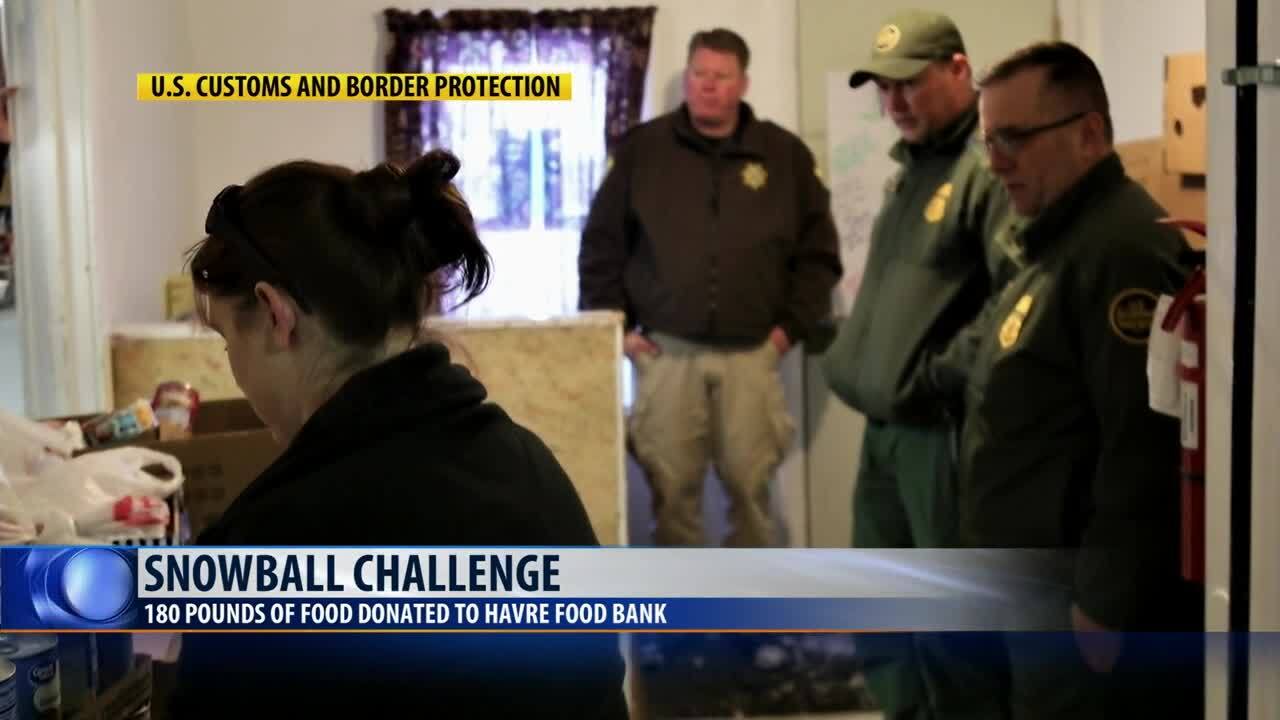 Law enforcement officers in Hill County recently used snow as a reason to help the community.

Back in January, a challenge was extended on Twitter to all northern Border Patrol agents to collect donations for food banks with a snowball challenge.

Sheriff Ross had 10 tries to hit McGoffin with a snowball; for every snowball that hit the chief, he would donate 10 pounds of food.

They ended up donating 180 pounds of food to the Havre food bank .