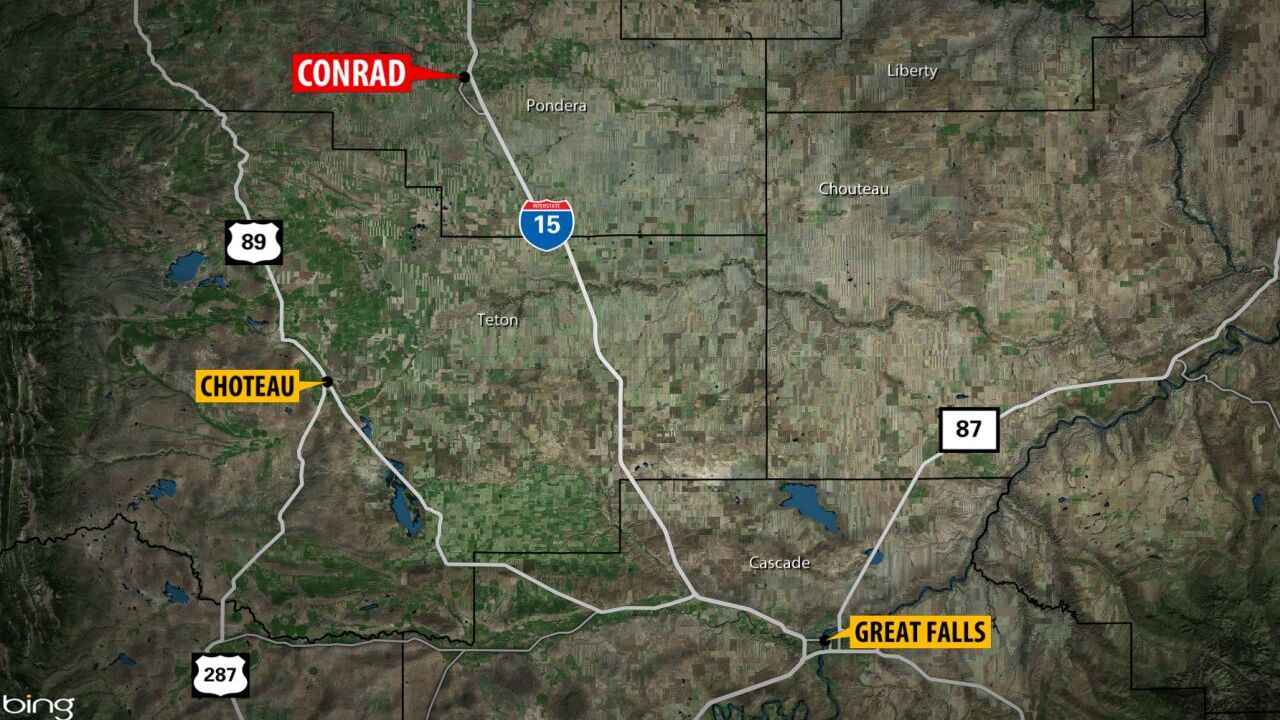 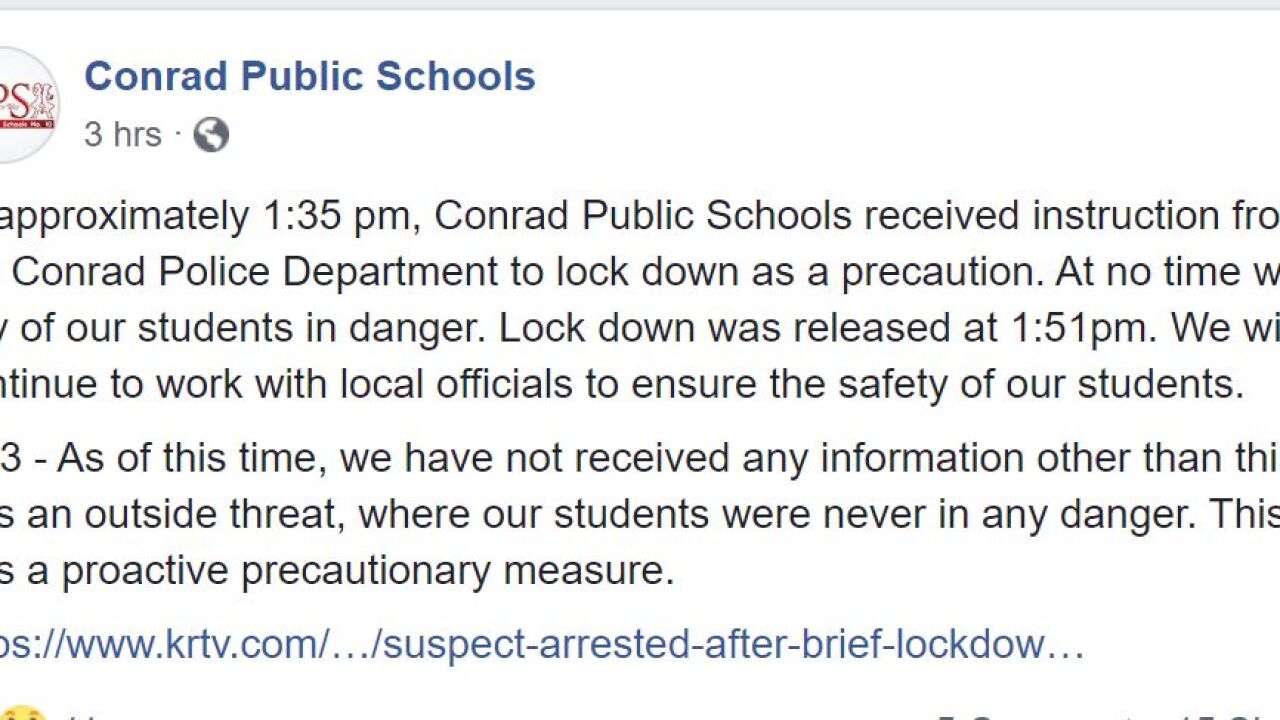 A brief lock-down was implemented at several facilities in Conrad on Friday afternoon.

Dustin Kirkbride, the acting police chief, told KRTV that his office received information about what he called a "credible threat."

Due to the threat, a brief lockdown was ordered at Conrad school and at the Pondera Medical Center.

Chief Kirkbride said that his officers, along with the Pondera County Sheriff's Office and the Montana Highway Patrol, took "swift and decisive" action and worked together to apprehend the suspect.

He said that there is no danger to the community, and the suspect is in custody.

The nature of the threat and the name of the suspect have not been released at this point, as Chief Kirkbride said this is an "ongoing criminal investigation."

We have not received any reports of injuries or damage in connection with this incident.