Montana fire lookouts: Alone on a peak to watch for wildfires 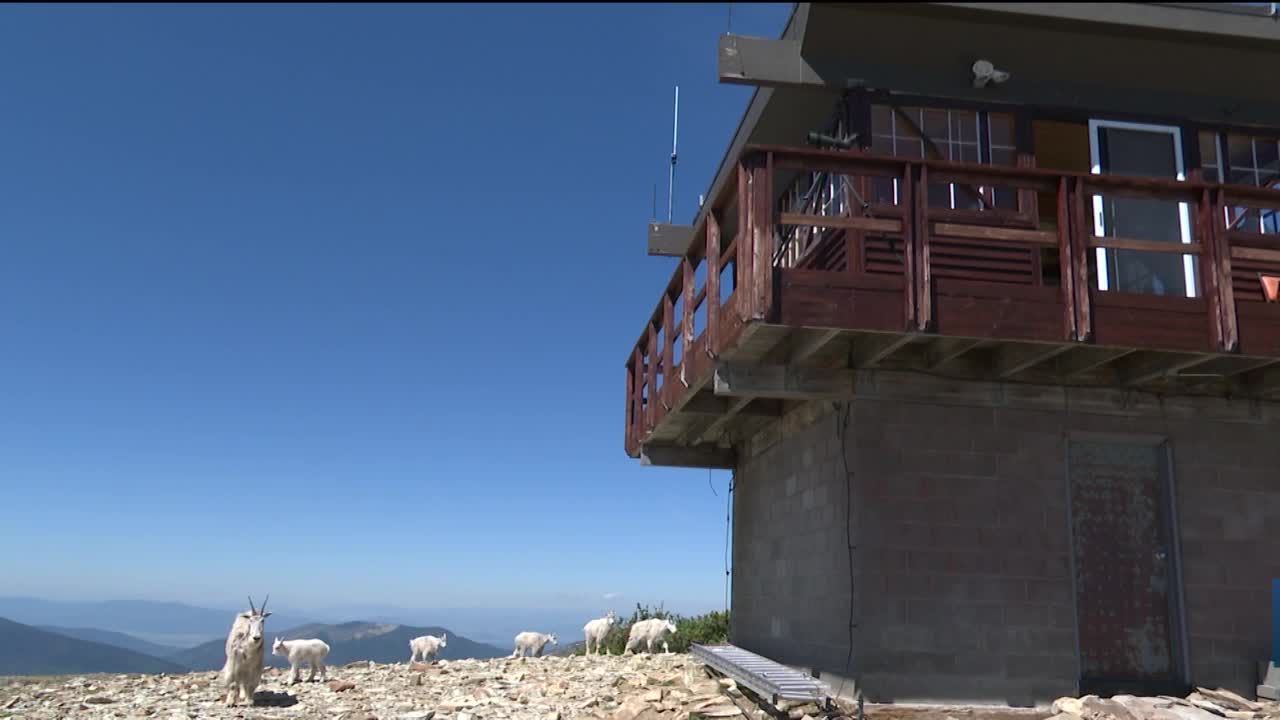 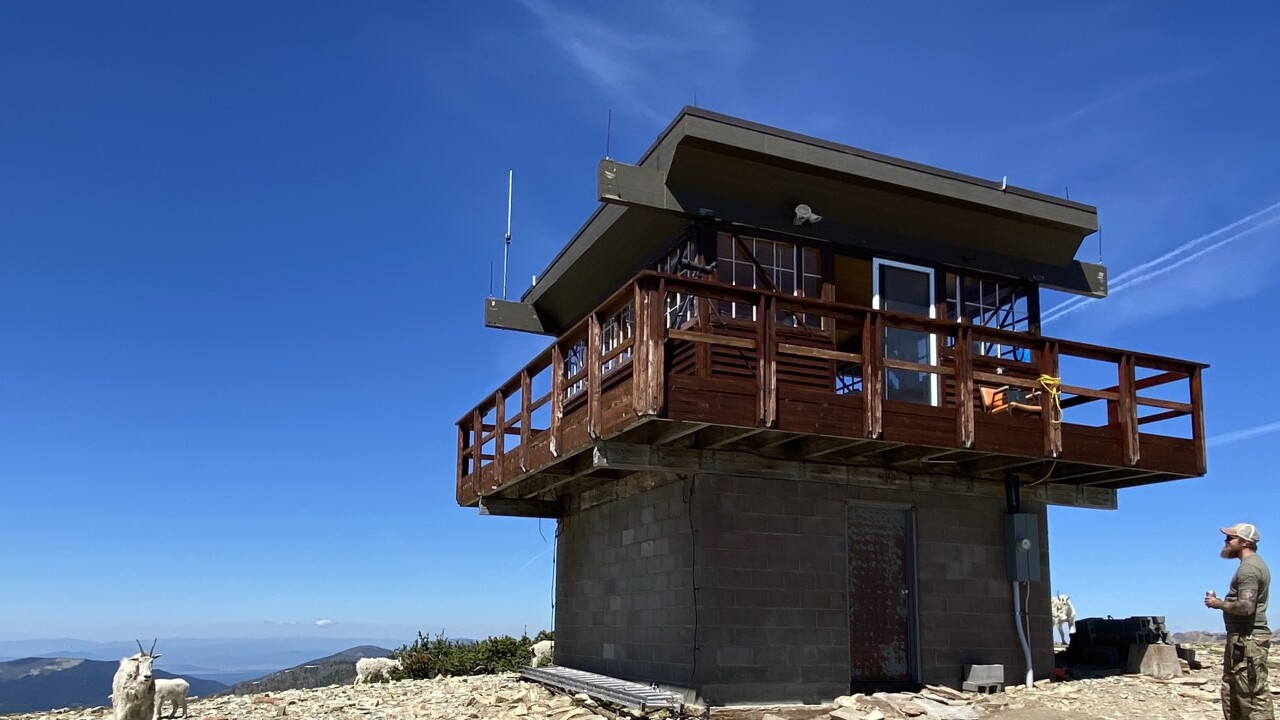 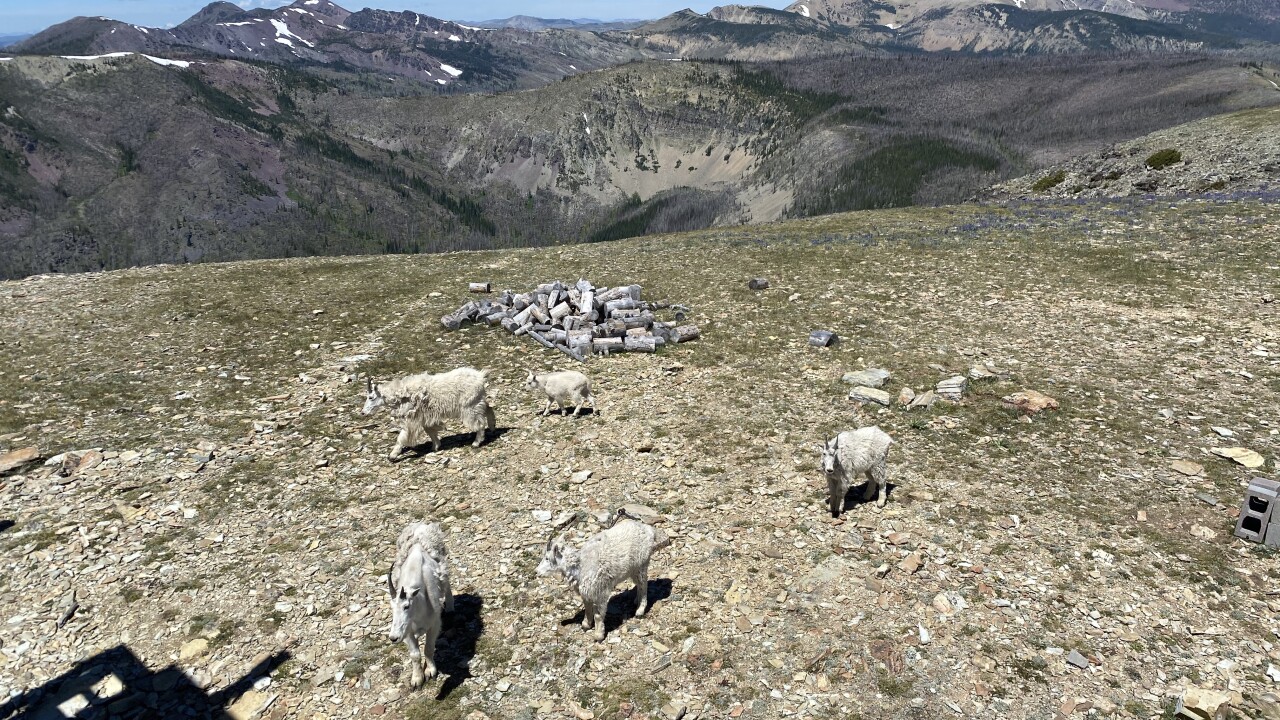 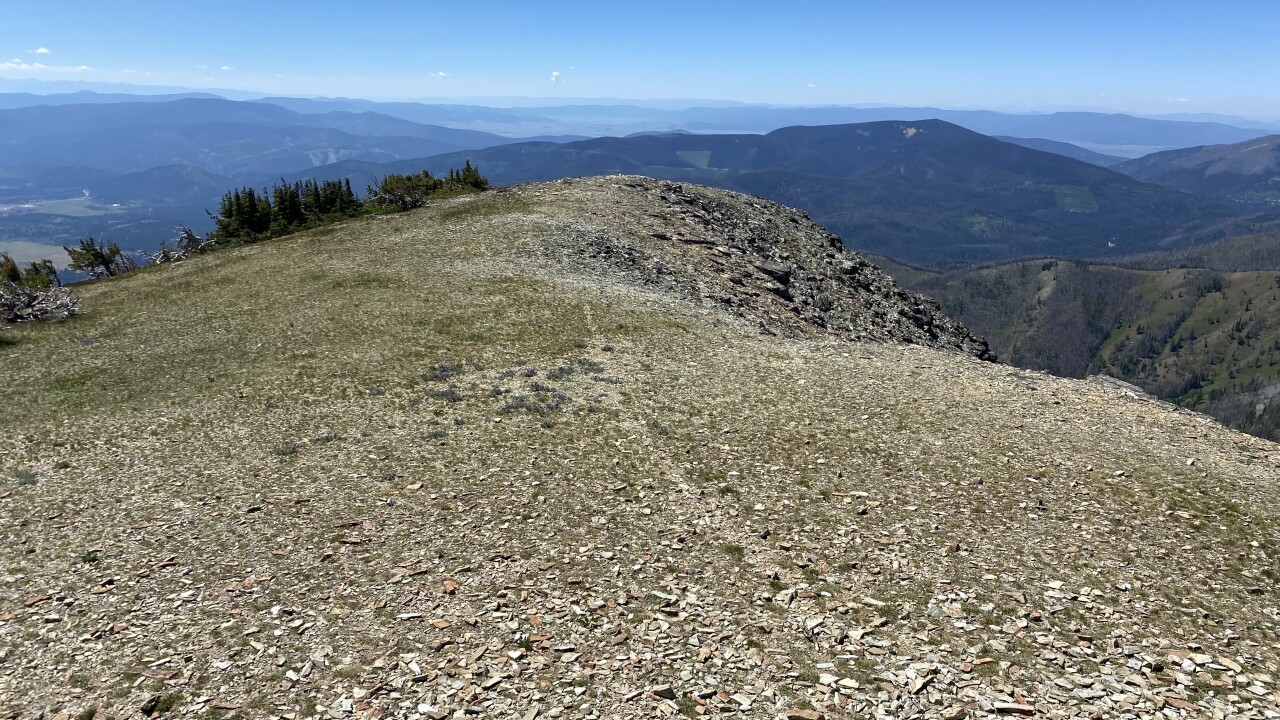 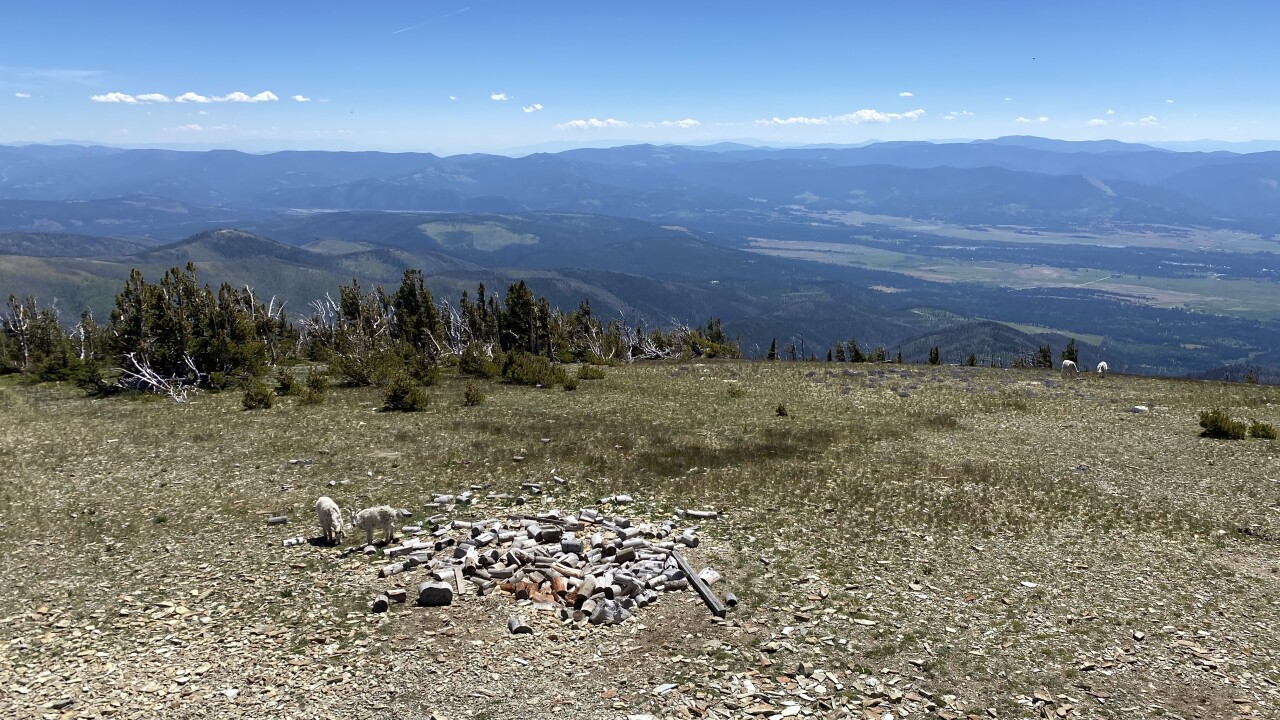 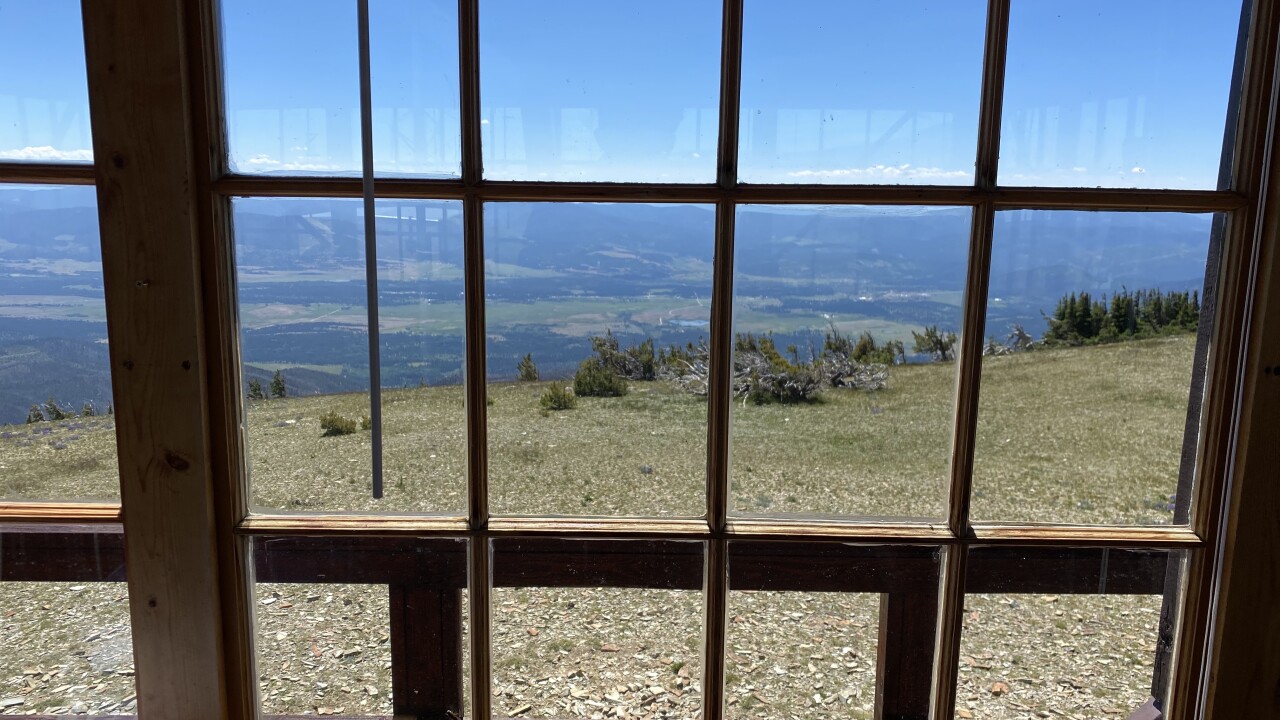 LINCOLN — Levi Brinegar says, just over four years ago, he was working in a Pennsylvania steel mill when he got an email that changed everything for him.

Since 2016, Brinegar has made his home for the summer at the Stonewall Mountain Lookout, a wood and cinder block tower located about 6 miles north of Lincoln. He is one of a small number of people who work three months of the year watching Montana’s mountains for the first signs of wildfires.

At an elevation of 8270 feet, Brinegar is more than an hour away from town by four-wheeler.

“I came from working at a steel mill, around millions of people, to population: 1,” he said.

A lookout’s workday revolves around checking the horizons for columns of smoke. Their chief tool is the Osborne Fire-Finder – a piece of equipment that was first designed more than 100 years ago. The current version in place in most towers hasn’t been changed since 1934.

The Fire-Finder consists of a rotating metal ring mounted around a circular map, with the tower at the center. When a lookout sees smoke, they line it up using a two-piece sight – a peephole on one end and two crossed pieces of horsehair on the other. That gives the angle toward the fire. The lookout must use landmarks to estimate the distance, then make a report to their dispatch center.

“They’re going to want to know the color of the smoke, the drift – where the smoke is drifting off – rough size, sky weather, if it looks like there’s a cell coming in, wind speed, wind direction,” said Brinegar. “Then you hear what engine goes out there and checks it out. You still keep an eye on the fire and you let that engine know if the fire starts blowing up, if it’s just kind of creeping, if trees are starting to torch.”

From the tower, there is a clear view to the town of Lincoln below. Brinegar says that’s a good reminder of what his work means.

“It really does fill my heart, knowing that I am helping out the community and keeping them safe, and at the same time, keeping the firefighters that go to that fire safe as well,” he said.

Michael Stansberry, the Helena-Lewis and Clark National Forest’s Lincoln District ranger, said lookouts remain an important resource, especially in the Lincoln area. Because the community has heavy fuel loads all around it, the Forest Service has put its efforts toward suppressing fires in the area while they are small – before they become dangerous.

“The most effective tool that we have found for those suppression efforts is a lookout,” said Stansberry.

Without a lookout, Stansberry said the first report of smoke would usually be from the public calling 911. But in the remote areas the towers serve, that first call might not come until after the fire has grown too much to be easily put out. Stansberry said there have been a number of cases where Brinegar’s reports helped them keep a fire small.

In addition, Stansberry said having a trained human observer watching helps them decide when something needs immediate attention.

“More than a satellite going over, it’s that person being able to determine what’s the difference between climatic conditions causing steam rising above a treetop, versus what’s actually smoke,” he said.

The U.S. Forest Service says it has more than 30 operational fire lookout towers across Montana and northern Idaho, though not all of them are generally staffed. The Helena-Lewis and Clark National Forest currently staffs five lookouts: Stonewall; Porphyry Peak, north of White Sulphur Springs; and Patrol Mountain, Prairie Reef and Beartop along the Rocky Mountain Front.

A sixth tower, Granite Butte, southeast of Lincoln, is currently rented out to the public. However, Stansberry said, if fire conditions become bad enough, Forest Service leaders are considering putting it back into service with a lookout.

Stansberry said, beyond the reports lookouts provide, they also have symbolic value.

“It is an interrelated partnership between the community and the Forest Service for that community protection,” he said. “To have somebody stationed sitting above a community, watching out for it, is a powerful symbol.”

At Stonewall, Brinegar himself provides some of that community outreach. He regularly meets with visitors who make their way up to the peak.

“I actually interact with more people up here than I do down in town,” he said.

Brinegar typically spends five days on the mountain, then one day off – but he has spent up to 14 days in a row working when severe fire conditions have called for it. When he’s not actively checking for fires, he’s also working on maintaining the tower itself – refinishing the outer deck and caulking the windows to keep them from rattling.

However, not all the time is taken up with work. Brinegar said, in his off hours, he hikes around the area, reads and does sudoku puzzles. The tower has electrical service, unlike some of the more remote lookouts. Brinegar’s typical breakfast is a sausage and egg burrito, and he has a TV and videogame system in a lower room.

Brinegar also has a camera, and frequently posts photos to Instagram.

This year, for the first time, Brinegar is not staying at the tower entirely alone. He brought along his dog Stella, a Great Pyrenees mix who has been accompanying him on hikes.

“I don’t know if I’ll be getting bored here with Stella,” he said. “She’s adventurous, and I like that, because she gets me out of here.”

The isolated location comes with other benefits. Wildlife is all around. A herd of more than a dozen mountain goats is a regular visitor to the tower. Brinegar says he also regularly finds shed antlers.

“I’ve seen wolverines up here, I’ve seen bucks up here, on the drive up here I’ve seen moose, elk, black bears and a fox,” he said.

Brinegar says he’s never seen a bear at the tower, but the door is modified to discourage them: It has dozens of large screws embedded in it, pointing outward.

The weather is also dramatic. Brinegar said the tower can experience 90-mile-an-hour winds and large lightning storms. The lookout actually has a “lightning chair,” a stool with insulated feet to protect against electricity.

“It looks like strobe lights up here, because you’re, like, in the lightning clouds,” he said. “It’s amazing. And the wind gets extremely strong. You can see the water in your water bottle just swaying back and forth because the tower’s shaking so much. But after every single storm, everything is real calm, birds are flying around, there’s rainbows – and the clouds sink down in the valley so all you see is clouds, and you’re above the clouds, it’s amazing. After that, you’ve got to start looking for fires.”

Brinegar says not everyone is cut out for the lookout job, but it’s something he doesn’t want to see disappear.

“You find peace within yourself when you’re up here,” he said. “With everything going on right now, this is the best place to be.”

He said he’s going to keep doing his part to make sure the tradition continues.