A look inside the world of caricature art: laughing with you, not at you 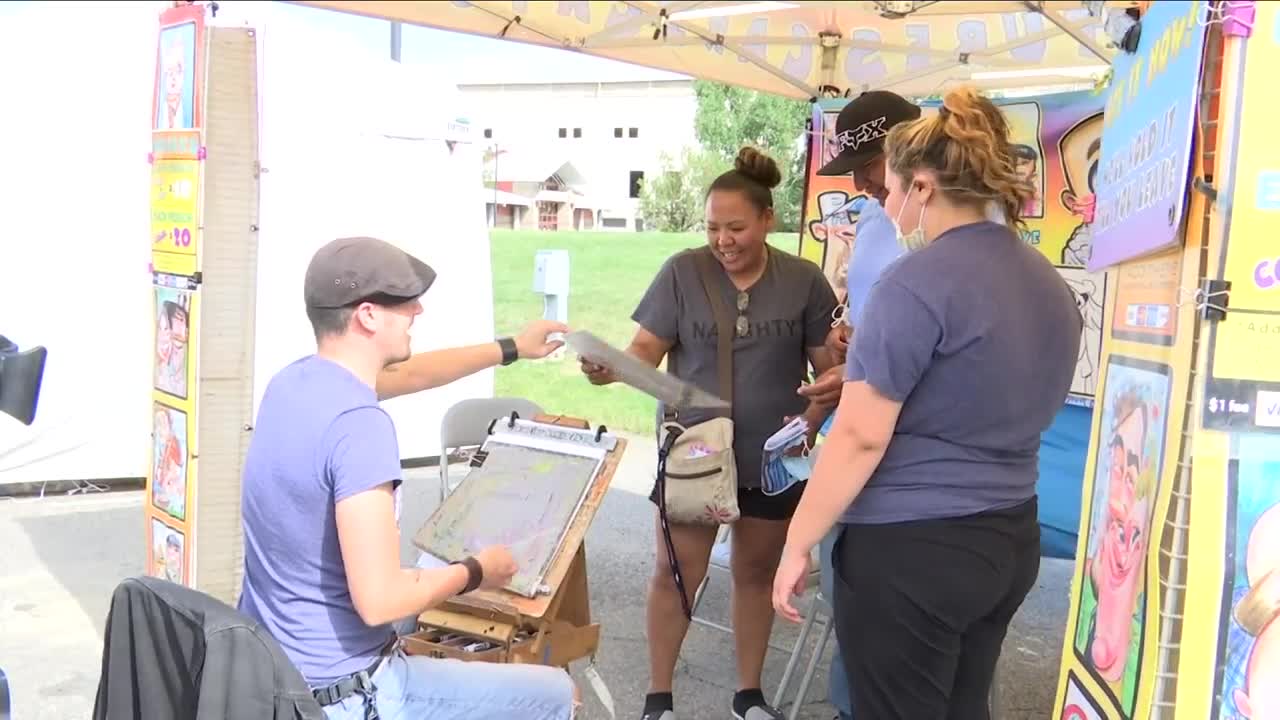 BILLINGS - The Montana Fair festivities packed up for the season after a 17 day stretch.

One group of people adding a little color to each carnival, the caricature artists.

"It's a crowd interaction, it's not just about the physical art that we're giving people, it's very much so about the entertainment of the whole thing and any good drawing or experience is going to involve all of the people that get to see it as it's happening as well," caricature artist Ben Blaas, who goes by Benny B said.

"I started doing it, the community kind of drew me to it, I wanted to see myself as more of a serious artist, but the absolute skill that it took to render something so quickly and cartoon-y was probably the most challenging thing that I had ever experienced in the art field," Benny B said.

" I try to read what they're about, what they might be able to accept with a drawing,"caricature artist Vince Rensel said, "Or what they might be able to accept with their own humor. Some people can't handle some things so we've got to go soft with them. Be gentle. Other people are like I would love to have a great time. Go crazy. That's when we get to have a lot of fun too. It's all good, it's all a joy for us. And we want to make them go with something fun,".

"Something that we feed off of too is the anticipation," Benny B said.

After many shows were canceled, many artists made due by utilizing social media to sell their art.

MontanaFair was one of the only ones that happened.

"It's not as exciting, but, it's what we do to pay the bills. But we're so happy to be here. I can't even express that," Rensel said.

No two artists have the same style.

"You can feel the different styles. He's got a lot of excitement in his. Sometimes I'm trying to get like some of those moody things. So when they bring their passion. Hopefully their fun hopefully excited attitudes. Even if they're grumpy. A grumpy baby can pose a great picture for us, because they're going to remember that day," Rensel said.

Both say they've traveled the country, and enjoy sights, but those paled in comparison to memories of the people along the way.

"You're reading them as you go, you're entertaining them but you're also making a friend," Benny B said.

"We are trying for authenticity. Some people think you smile, and it's really stiff and still. We're not doing that. We're trying to recreate and represent you for who you are. And it's real. Real is the best.

The group will be taking their talents to Kalispell next.