Federal subsidies help some areas; leave others out 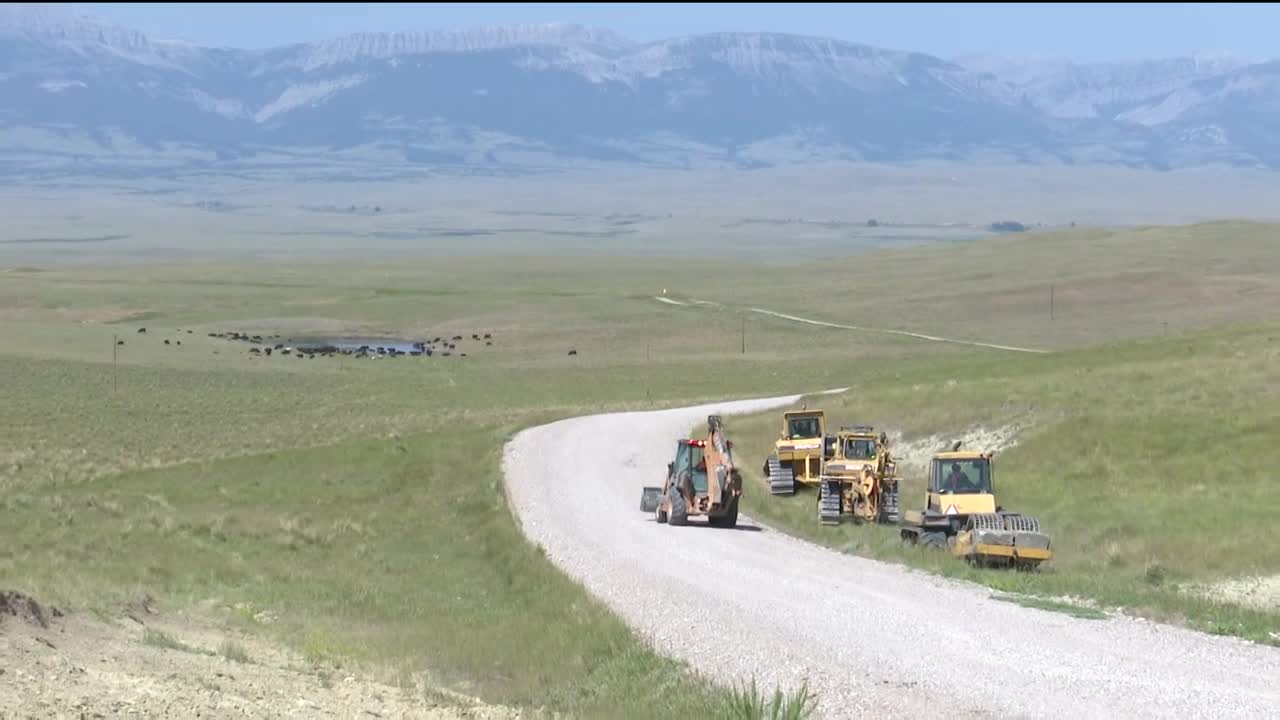 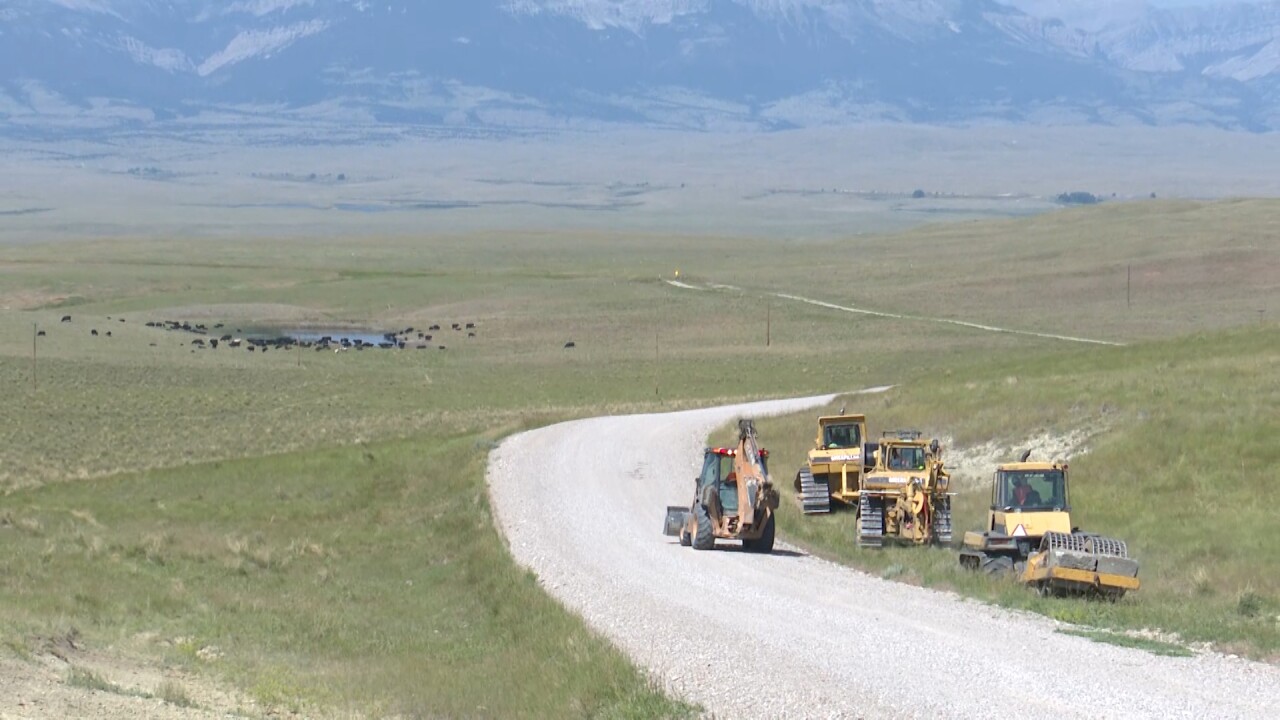 HAMILTON — This is the first of a three-part series on the status and future of high-speed Internet and cell service in rural Montana.

Vape-shop owner Ron Marshall has high-speed Internet at his stores in Hamilton, Bozeman and Belgrade, but when he wants to do business electronically from his home near Corvallis in the Bitterroot Valley – good luck.

“When our shops close and we need to get on a computer and check numbers or look at inventory – simply doing that on your phone doesn’t cut it,” he says. “I can fire up my computer, turn on my hot-spot, and I’ll go to the kitchen and make dinner and eat, and I’ll come back, and maybe, just maybe, one of the pages may have loaded.”

Marshall is one of hundreds of thousands of Montanans – the real number isn’t precisely known, which is part of the problem -- without access to high-speed Internet service at their home.

And when it comes to cell phones, most Montanans probably own one. But huge geographical swaths of the state still have little or no coverage – despite marketing maps from cell-phone carriers showing the areas as covered.

“Right here, they have this area saying we have cell service,” says U.S. Sen. Jon Tester, D-Mont., as he wields a cell phone at his farm 13 miles west of Big Sandy. “(But) depending on how I hold my mouth, depends on whether this thing works. …

“They say they’re going to have 5G (coverage), everywhere in the country? … A lot of places in rural America, we have No-G, and we’ve got to get that fixed.”

The problem, basically, boils down to money and economics: Fiber-optic cable networks are expensive to build, and so are cell-phone towers, which also need to be hooked up to some type of network in the ground, usually fiber-optic.

Providers of these services can’t make a profit in rural areas unless they charge customers exorbitant prices to cover the cost, so they’re not likely to provide it without some form of government subsidy or assistance.

“You’ve got to make some tough decisions about where you’re making money,” says Jason Williams, the CEO of Blackfoot Communications in Missoula. “And, unfortunately, because of the rural nature of Montana, a lot of consumers are left in the lurch.”

Federal “universal service” funds and other assistance are helping finance the extension of high-speed broadband networks in certain parts of rural Montana, but not all.

Telecom providers and others say those subsidies must be continued, and perhaps expanded, to help reach unserved or underserved areas. But determining precisely where those areas exist presents another problem.

Data compiled by the Federal Communications Commission dictates how federal subsidies will be deployed, to fill the gaps in broadband service. But everyone agrees that FCC data, which come from telecom providers, are inaccurate and overstate which areas are served.

“The challenge we have right now is that the maps are so bad that we don’t know where the coverage is in rural America and where it isn’t,” says Tester, who is co-sponsoring a bill to require a fix to the maps. “When it comes to grants, from the FCC to the USDA, those maps are critically important.”

The latest FCC report on broadband deployment said 86 percent of Montanans had access to high-speed Internet service in 2017.

Telecom industry officials in Montana and groups that study the issue believe that number is greatly inflated, and that the number of people with access is probably closer to 50 percent, or less, depending on what’s considered adequate download speed. Even the FCC has acknowledged its figures aren’t correct and should be fixed.

Oddly enough, if you live in a smaller town or rural area served by a rural telephone cooperative, you’re likely to have access to high-speed Internet fiber hookups or are going to get it within the next few years, thanks to federal universal-service subsidies.

The co-ops serve about a third of Montana’s 1 million people, covering 70 percent of the state’s land mass.

Yet those living in rural or suburban areas not served by the co-ops are at the mercy of larger providers, who generally don’t serve sparsely populated areas.

“The problem is in the areas served by the national carriers,” says David Gibson, CEO of 3 Rivers Communications, a telephone co-op headquartered in Fairfield. “Those companies will well-serve the areas that are highly concentrated …

“(But) If you’re on the fringes of those areas, which is several hundred thousand people in Montana, you may not have anything. … The large carriers will only go where it’s economic for them to serve.”

Kim Parrish, who lives outside of Stevensville, about 20 miles south of Missoula, cannot get high-speed Internet at her home, which is 100 yards off a busy highway just east of the Bitterroot River.

“It’s not like we live way up in the mountains, where they can’t get to our house,” she told MTN News. “(Spectrum) have said they’d have it in a couple of years. Well, that was a couple of years ago.”

Spectrum, the second-largest cable TV and Internet provider in the country, says it provides high-speed Internet to nearly 30 cities and towns in Montana – but notes that it doesn’t necessarily serve these locales “in their entirety.”

Spokesman Bret Picciolo says the company is “continually looking for opportunities to extend our network,” but must evaluate those decisions based on a number of factors, including “overall economic feasibility.”

Spectrum and other Internet service providers generally won’t release numbers on how many customers they serve in Montana.

Some smaller, local high-speed Internet companies exist in Montana, providing selected services to a few suburban areas or other towns.

But Gibson says without some form of government assistance, he doubts the rural areas not served by the co-ops will get widespread service.

“I don’t think there’s any solution to that, other than, you’re going to have to throw money at the large carriers to encourage them, or require them, to serve those outlying areas,” he says.

Gibson’s co-op serves 15,000 customers in small communities stretching from Browning to Big Sky. It has been installing fiber-optic cable to bring high-speed Internet to its customers for several years and hopes to have all customers hooked up to fiber within five years.

The build-out, costing some $350 million over 15 years, has been financed largely by universal-service funds and low-interest loans from the U.S. Department of Agriculture’s Rural Utilities Service.

“Those programs need to be supported and they need to be continued,” Gibson says.

The universal service funds are generated by a small fee on every telephone customers’ bill. In 2018, nearly $5 billion of these funds were distributed nationwide, primarily for the installation of high-speed broadband services for Internet usage.

A small portion of that money goes to CenturyLink, the third-largest telecom company in the country, to provide service in previously unserved areas in Montana. Its high-speed Internet service is primarily via a “digital subscriber line,” or DSL, that’s through a telephone line.

But Spectrum, which is primarily a cable-TV and Internet company, does not receive any of these funds, for fiber-optic expansions into underserved areas.

Earlier this year, the FCC announced the creation of a new fund that will provide $20 billion of broadband investment in rural America over 10 years, aimed primarily at the larger companies.

Money from this Rural Digital Opportunity Fund will be distributed via an auction, probably starting next year, in which all “qualified providers” would compete for money to serve under-served rural areas.

An FCC spokesman said the agency also has established a new data-collection methodology that will enable it to better target areas that need assistance from universal-service funds.

But until that happens, the FCC still is relying on “Census blocks” to determine which areas are unserved. A Census block can cover a vast area in Montana, and if a carrier says it serves any one household in the block, the entire block is listed as served.

Rural telecom providers say the Census block measuring stick is badly flawed, when it comes to places like Montana.

“If I have a Census block that covers both a (Spectrum) area and CenturyLink area and my customers, and any one of the (others) say they offer it, and mine doesn’t? That block says it’s covered,” says Craig Gates, CEO of Triangle Communications in Havre. “And it’s not.”

Meanwhile, many customers and businesses in rural Montana are waiting, for the day when they have access to reliable, affordable broadband Internet.

Marshall, the vape-shop owner, says it can’t come soon enough, for business-owners like himself and others who’d like to develop businesses in rural Montana.

“If you don’t have access to the Internet, basic Internet, let alone high-speed Internet, how do you expect jobs to stay in the valley, or people to come in and create businesses and create these jobs?” he says. “The businesses are going to go where they have accessibility to all of this.

“Businesses are going to go somewhere where they can function in today’s society. Just simply having a phone line any more doesn’t cut it.”

Next: Cell-phone service in rural Montana leaves out many areas