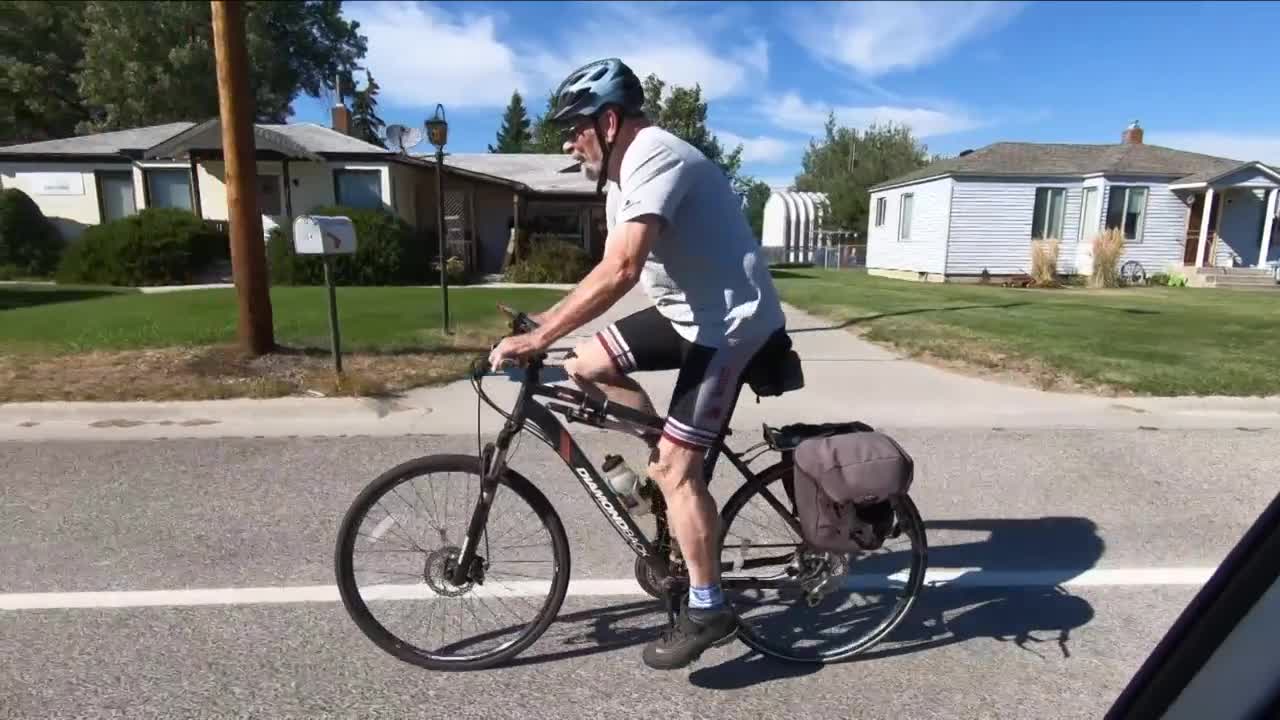 If there's such a thing as a "money machine", it's powered by two pedals and the strong legs of 82-year old John Ormiston.

John's passion, and pedals, have helped raise tens of thousands of dollars to save what's best about the Bitterroot.

John Ormiston started riding a bike to work to offset the soaring price of gas in the early 70's.

At the "tender age" of 70 he turned his two wheels to raising money on the Tour of the Bitterroot.

“And I raised, I don’t know, something over $1000 everybody. And it's just built on that," Ormiston said.

While the tour is no more, John rides every year, raising funds for the Bitter Root Land Trust. In fact, his donations have climbed to 12-thousand dollars this year, as much as two thirds of the agency's total, on the rationale his effort is worth more now.

“I use the age thing a little bit," said Ormiston. "It's an incentive for me to train because bike riding is good for you. You get your heart going. You get your lungs working, legs gone, it’s just a satisfying thing to do.”

This year, the Land Trust's fund raiser has turned virtual, with a "2000 Mile Challenge" all month.

“You can get on your bike just like John or you can take a walk, take a hike, ride your horse, any mode of travel is fine," said Gavin Ricklefs, Bitterroot land trust Executive Director said. "But we have a miles challenge, Virtual Miles Challenge that's been supported by Onyx Hunt, Onyx Maps of Missoula.”

It helps the Land Trust with legacy work in the Bitterroot, preserving special places like the recently-opened Skalkaho Bend Park.

There's be a special live stream concert from the Flyin' E Ranch September 24th, the same day John is planning his 12th ride

“It's just so much fun to see him at age 82 already on the doorstep of his goal. It's it is just he's and amazing human being,” said Ricklefs.

Which be a little shorter than it was before.

Ormiston said, "This year, be about 25, maybe or something like that. I try to not go up a bunch of a big hills.”