Democratic run for Governor down to two candidates 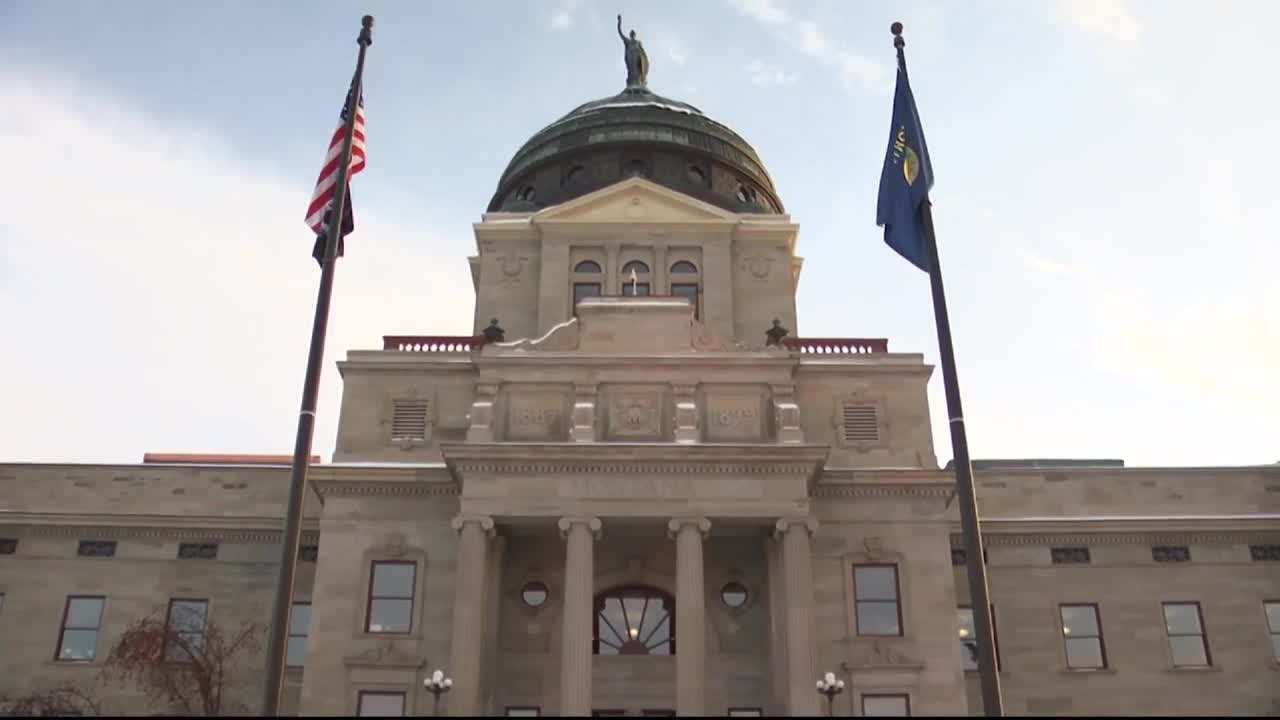 What was once a crowded four way race for the Democratic nomination for Governor in Montana, is now down to a choice between two candidates, Mike Cooney and Whitney Williams, and both have deep political roots in the state.

Democrats have controlled the governor's office in Montana for 16 straight years, with Brian Schweitzer starting the current streak in 2004, serving two term

Steve Bullock then followed suit in 2012, winning two terms in the Governor's chair.

Who will Democrats pin their hopes on in 2020? It's shaping into a battle between two candidates - who both hail from prominent Montana political families.

65-year old Lt. Gov. Mike Cooney was just 18 when Butte voters sent him to Helena as Montana's youngest state lawmaker in 1976. He has been involved in politics ever since.

"Mike Cooney has fought like hell for the people of Montana, and I have a record to show for it," said Cooney.

In 1989, Cooney began an 11-year run as Montana Secretary of State. He then served eight years as a State Senator, and since 2016 has been Montana's Lt. Governor.

"What this is all about and what Montanans really are going to say, who can fight the hardest for us. Who knows how to get the job done, who's been tested. I think the bottom line is they're going to come down and say the choice is Mike Cooney for Governor.

Mike hopes to follow in his grandfather's footsteps. Frank Henry Cooney served as Montana's 9th Governor from 1933 to 1935.

To rally democratic voters, Cooney is proposing that Montana allow drug imports from Canada as a way to slash prescription drug prices.

He vows another run at getting the legislature to fund pre-kindergarten, and said Montanans favor "responsible development" of our natural resources.

"I think we have a record of supporting our natural resource development. We want to do it the Montana way. We don't think people should come in and write their own rules and regulations and get away with things. We want to protect our outdoor heritage," said Cooney.

Vying with Cooney for the democratic nod for Governor is 48-year old Whitney Williams.

Whitney is making her first run at elected office, but comes with her own political pedigree. Her father Pat was Montana's longest serving Congressman until his retirement in 1997. Her mother Carol was the state senate's first female Majority leader.

Williams sees herself as the new generation of Montana democrats, who bring new energy and expertise to the table.

Williams founded her own company, williamsworks, in 2003. As CEO she advises corporations, foundations and individuals on everything from solving complex problems to philanthropy.

As Governor she vowed to fight for continued access to public lands, and feels its time the legislature bites the bullet to fund pre-kindergarten.

"It's never easy to get these policies enacted, but it's well past time we educate the four-year-olds in the state. I know the legislature and the Governor have tried to do that in a number of sessions, and I think 2021 is going to be our session.

The Williams campaign has turned heads so far, setting new records in fundraising, a fact she believes will serve her well in the general election.

"Montana has trading partners and job creators and friends from all over this country, and we are proudly going to take investments from them, particularly when we believe we're going to be running against the single wealthiest member of the United States Congress.

In spite of her impressive business background and political bloodlines, Williams is a relative unknown on the state scene. Will voters opt for a new generation of leadership, or will a familiar face like Mike Cooney, with his decades of political experience, win the day.

Coming up Thursday night on our 5:30 news, we’ll take a closer look at the money race between the Cooney and Williams campaigns, who's winning the battle for campaign funds, and where is that money coming from