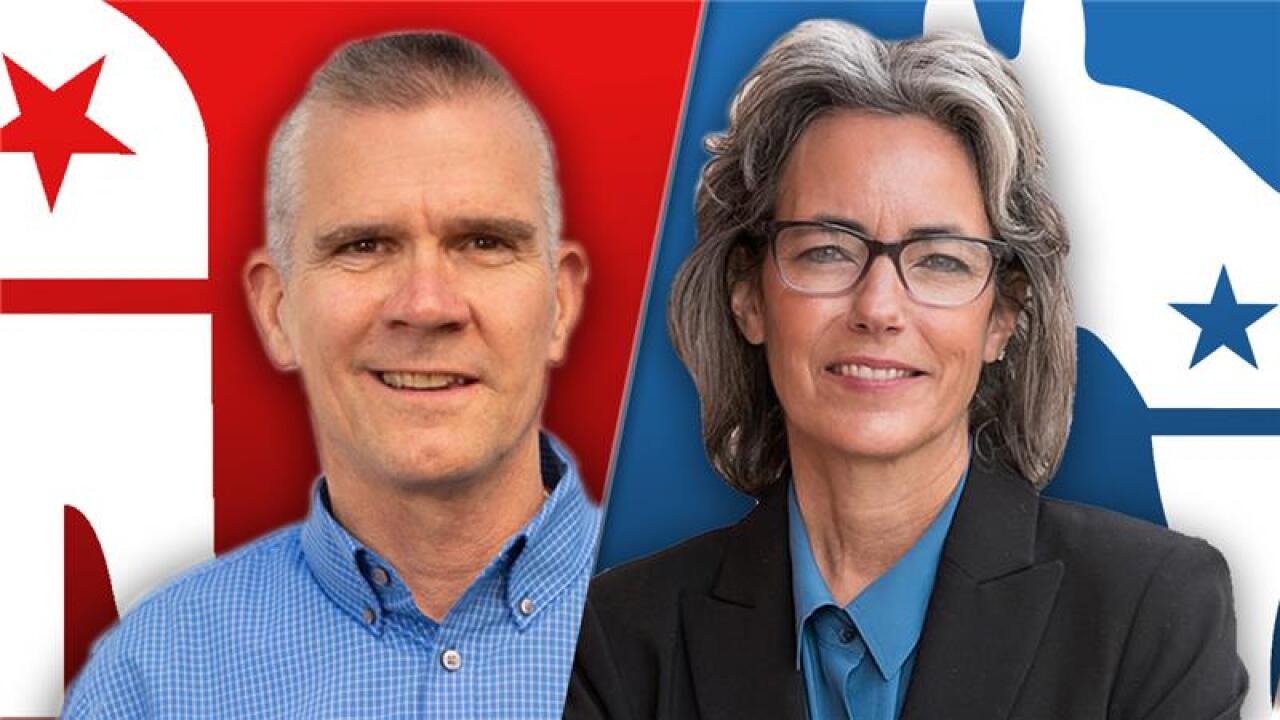 With the clock ticking down to the 2020 election in November, it's a scramble across the board in Montana political circles. Nearly all the top races this year are close, from the Senate to governor to the House.

In the U.S. House race, Democrat Kathleen Williams and Republican Matt Rosendale are locked in a close contest that both national parties see as winnable. With election day just two and a half months away, both campaigns are looking to sharpen their message to voters in the crucial weeks ahead.

The GOP has held Montana's congressional seat since 1994, a run of 26 years. This year, they're betting state Auditor Rosendale is the candidate to keep that streak alive.

"I'm very optimistic," said Rosendale. "I personally believe that the country is on the verge of a new renaissance for development of products and manufacturing that we're going to bring back to the country."

Democrats are banking on former Bozeman state lawmaker Kathleeen Williams to be the candidate to end the Republican stranglehold on Montana's House seat. In the 2018 U.S. House race, Williams came within five points of upsetting Montana Congressman Greg Gianforte.

"We've got to elect people that are going to be a strong, true independent voice for Montana, and focus on results," Williams said. "Not parroting party talking points and accusations, and labels. Labels are lazy, and I'm not lazy."

Williams is referring to Rosendale's recent statements that she supports policies that include defunding the police, which Williams denies.

"This is what Montanans and Americans can't stand," said Williams. "The hyper-partisanship, the nastiness. I love to let these accusations just roll off with a smile and grace. And calling them out for what they are. If they have to rely on lies, I think Montanans can see through that."

Rosendale touts the business experience he will bring to the House if elected. His plan to re-ignite the economy is centered on a reasonable, predictable business climate. Step one is to make the 2017 tax cuts permanent.

"We have the Tax Cuts and Jobs Act that was passed and we need to make sure those are made permanent," Rosendale said. "If we don't, not only are we basically placing a tax increase on the people of Montana, but those businesses will also see a tax increase as well."

"He also wants a balanced budget," countered Williams. "If you're going to encourage a $2 trillion increase in the debt, which is what those tax credits did, and gave 83 percent of the benefit to the top one percent of Americans, I don't consider that very equitable. We need to send people to Congress who won't put Social Security and Medicare and other things Montanans rely on, on the chopping block with those kind of policies."

On the issue of health care, another stark contrast for voters. Rosendale favors repealing the Affordable Care Act while Williams wants quality, affordable health care for all. (Update 9 p.m. Aug. 11: Williams' campaign clarified that her support does not extend to Medicare for all but does include portions of the Affordable Care Act that allow people 55 and older to buy into Medicare.)

"My opponent wants to turn complete control of health care over to a Bernie Sanders-style, government-run system," said Rosendale. "Everyone knows that's going to lead to rationed care, expensive care and lower quality care. In the auditor's office, I've been delivering just the opposite."

Williams emphasized that repealing the ACA is a bad choice for Montana.

"There are hundreds of thousands of Montanans that are dependent on the changes brought about by the Affordable Care Act," said Williams. "If his plan is promoting these risky short-term insurance plans that are exempt from even COVID testing and treatment and from covering pre-existing conditions, that's not really a plan."

The silence that has marked this close campaign so far, is about to be broken. The Club for Growth, a conservative Washington, D.C., think tank, has made a million-dollar ad buy in support of Rosendale, with those ads scheduled to hit the airwaves soon.

As for debates, Rosendale and Williams have committed to take part in two televised debates in September. PBS is hosting a House debate on Wednesday, Sept. 23, while the Montana Television Network House Debate is set for Saturday, Sept. 26.