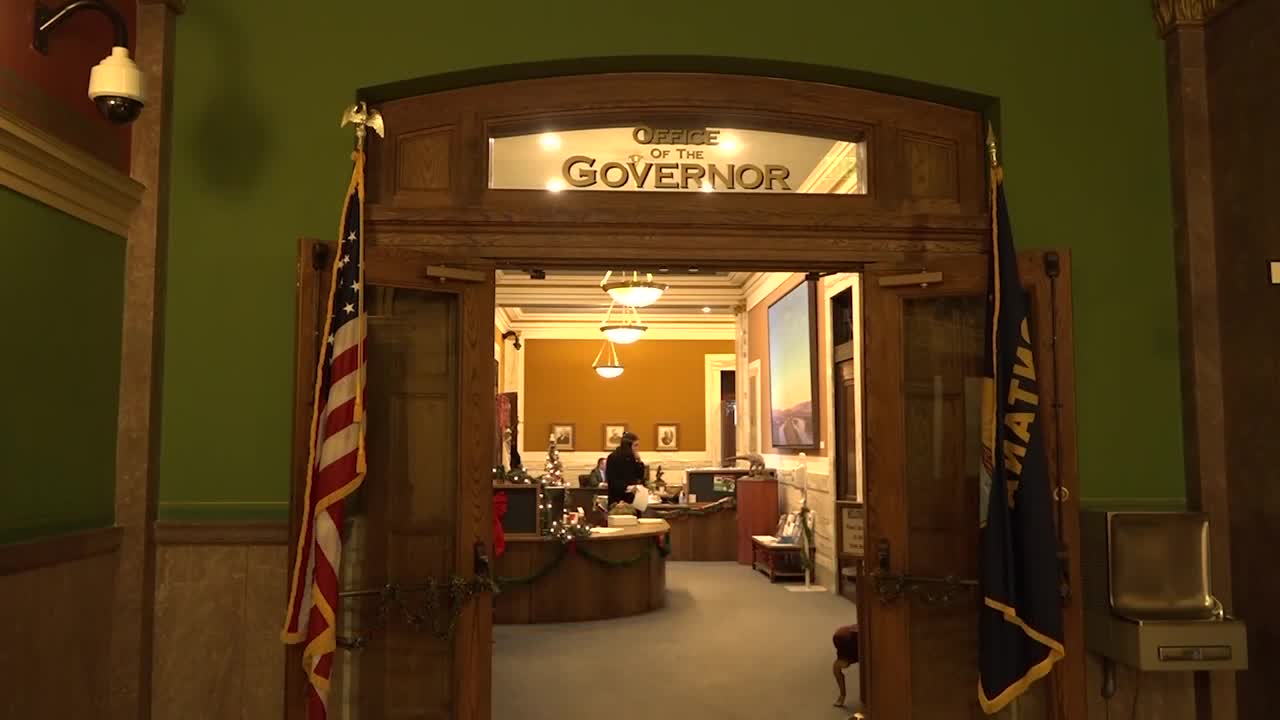 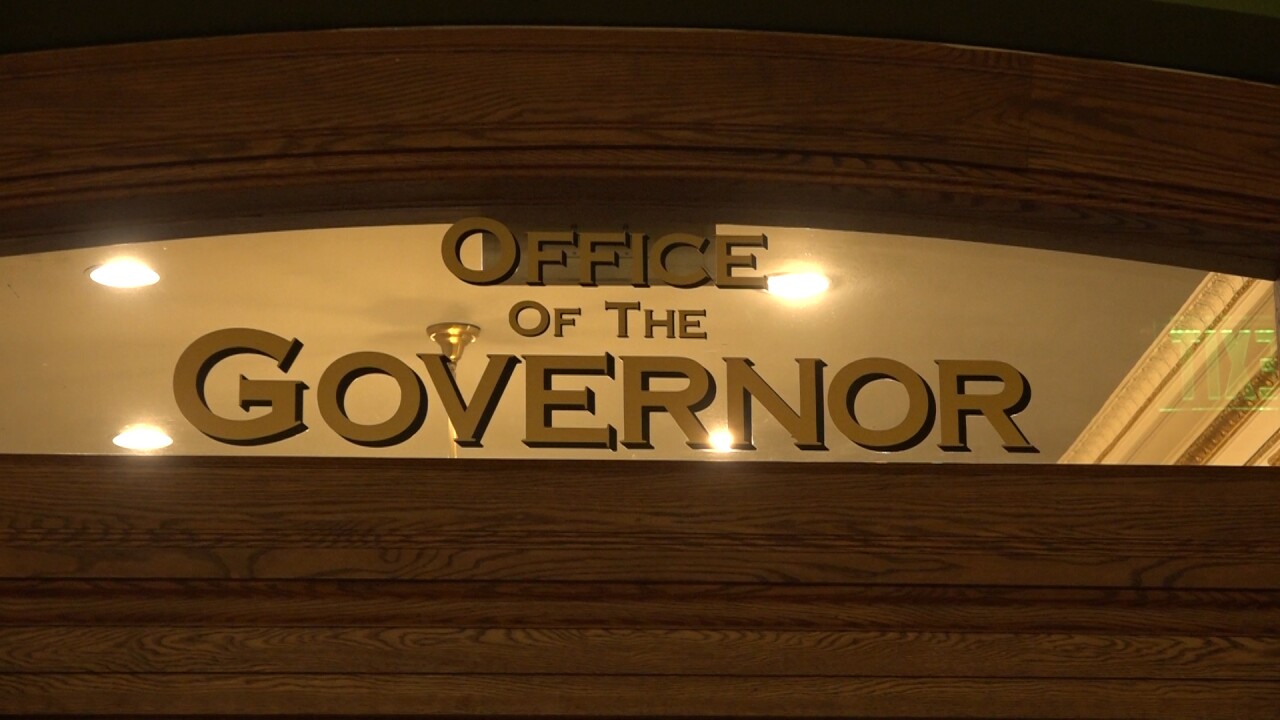 Montana’s top electoral contest in 2020 is the open governor’s chair – and the GOP primary is creating most of the early buzz, as three prominent Republicans duke it out for the chance to catapult their party into the office for the first time in 16 years.

The fundraising leader in the race is Montana Congressman Greg Gianforte, one of the state’s wealthiest and most successful entrepreneurs. He says his business approach to governing will create a more successful economy, for all Montanans.

Yet his two GOP opponents, Attorney General Tim Fox and state Sen. Al Olszewski of Kalispell, are telling fellow Republicans Gianforte is a risky choice to take back the governor’s chair after 16 years of Democratic rule.

Democratic Gov. Steve Bullock can’t run for re-election because of term limits; three Democrats are running to succeed him.

They already control the Legislature and are likely to maintain that advantage in the 2020 election. But, since 1947, Republicans have held the governor’s office and the Montana Legislature during only one period, from 1995-2004.

Gianforte, 58, who lost a close race to Bullock four years ago, won the state’s only U.S. House seat in a special election in May 2017 and was re-elected in 2018.

But now he’s decided to make another run for governor, saying Montana “is where my heart is,” and that he can lead it to wider economic prosperity.

“What I hear is that people want business experience in Helena, so that we can have a stronger economy, so that there are better, higher-wage job opportunities for Montanans,” he told MTN News.

Gianforte made his name in Bozeman, where he started a software-development firm, RightNow Technologies, in the mid-1990s that grew into an international company. Oracle Corp. bought the firm in 2012 for $1.8 billion, earning hundreds of millions of dollars for Gianforte and his wife, Susan, the co-founder of the company.

He said he’s working on a “business plan” for the state and that he’d like to freeze state government spending and use any surplus to reduce state income and property taxes.

While Gianforte did spend $6 million of his own money on his unsuccessful 2012 run for governor, this time around he’s raising money primarily from others – and, doing it well.

By the end of December, his campaign had taken in $1.4 million in donations – more than twice that of Fox, his nearest competitor. Olszewski trails well behind in the money chase.

Fox and Olszewski, however, are no neophytes when it comes to statewide campaigning.

Fox, 62, is a two-term attorney general, having won re-election easily in 2012, and says his reputation for working well with members of both parties make him a general-election candidate who can appeal to independents – a vital voting bloc in Montana.

“I don’t do anything that compromises my conservative principles, my faith or my character,” he told MTN News. “But I think I’ve shown that I bring people together and get things done.”

Olszewski, 57, an orthopedic surgeon, has been in the Legislature since 2014 and ran for lieutenant governor in 2012 and U.S. Senate in 2018, losing in the GOP primary in both cases.

Olszewski also was a surgeon in the U.S. Air Force and notes that he’s the only military veteran in the race – and said veterans are a key voting bloc in the Republican primary.

“It comes down to votes to win this race; whoever has 55,000 votes wins the three-way primary,” he said. “I’m fighting for every one of those votes.”

Fox declared his candidacy a year ago and Olszewski followed two months later. But Gianforte joined the fray last June, after months of speculation that he would leave his House seat for another shot at governor.

Fox and his supporters aren’t shy about going after Gianforte, criticizing him for ditching the House seat and for advocating deep cuts in the state budget, putting vital programs like public schools and human services at risk.

They’ve also said he’ll be vulnerable to attacks that he’s out of touch with the average Montanan, making it easier for the Democratic nominee to win.

“There is fat in government; that’s for sure,” Fox said. “But across-the-board 30 percent slashing of the budget? I think Montanans know that that’s unreasonable and would be detrimental to the state.”

Gianforte told MTN News that he’s made no such proposal and wants only to stop the growth in state spending and enable cuts in property and state-income taxes.

“We need to hold the line in the massive growth that we’ve seen over the last decade and use the surplus to let Montanans keep more of their hard-earned money,” he said.

Olszewski has the support of many state lawmakers from the conservative wing of the Republican Party and said he wants to boost Montana’s natural-resource economy – coal, oil, gas, other mining – and use those revenues to fund schools and reduce property taxes.

Yet his fundraising has lagged behind his rivals – in part, he said, because Gianforte’s camp suggested to donors that Olszewski would drop out of the race.

Olszewski, however, became the first of the trio to pay the filing fee that made him an official candidate, on Jan. 17. He calls himself the true “grassroots” candidate in the contest.

“I’m running against two Goliaths, and it’s a good thing my middle name is David,” he said. “The other two people are supported either by out-of-state power brokers, from Washington, D.C., or the power brokers in Helena, Montana.”

Tomorrow: A look at the money behind the GOP candidates.