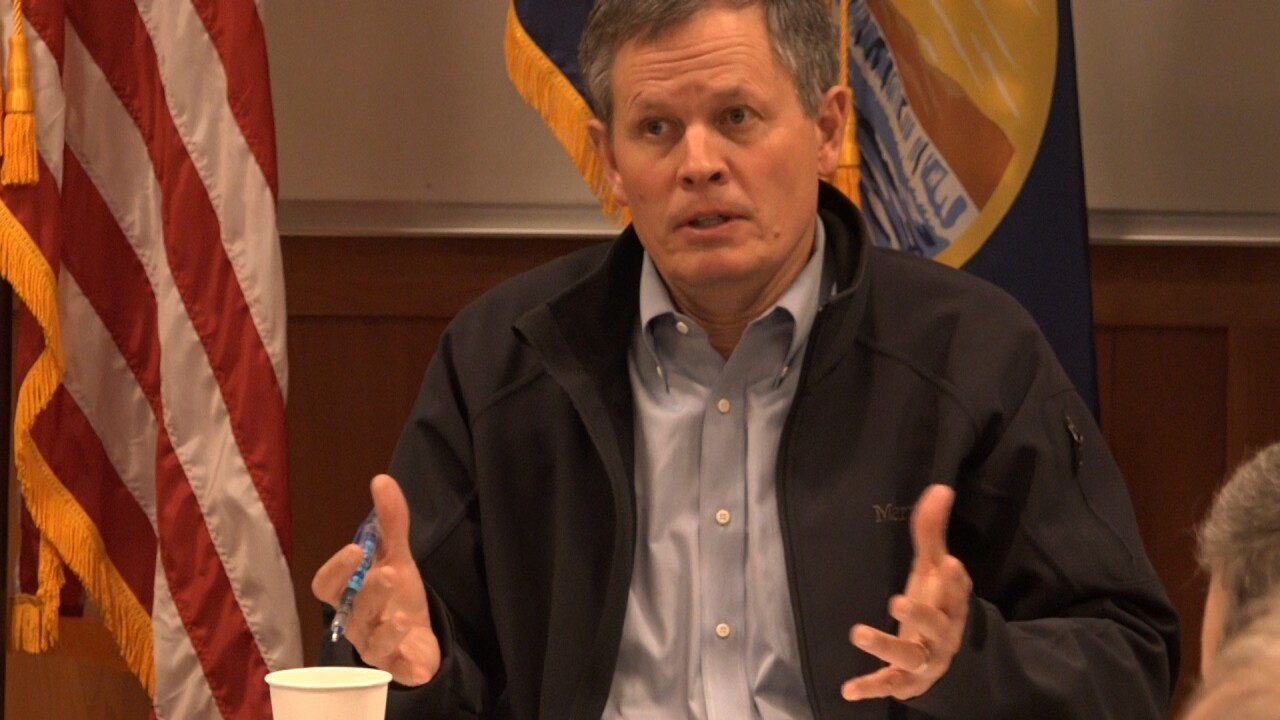 HELENA — Republican U.S. Sen. Steve Daines has surpassed $6.6 million in campaign funds for his 2020 re-election effort, dwarfing potential opponents – but a relatively small amount of that money is from Montana.

An analysis by MTN News shows that about $1 million of his money from identified donors has come from individual Montanans, or 16 percent of his total.

A far bigger chunk -- $2.36 million, or 35 percent of his funds – is from political-action committees (PACs), most of which represent business interests.

As of Dec. 31, Daines had $5 million still in his campaign account – anywhere from 17 to 150 times the amount held by his potential Democratic challengers.

With his potential challengers relatively unknown to most voters, Daines remains a favorite for re-election.

His nearest competitor in the money chase is political newcomer Cora Neumann of Bozeman, one of four Democrats in the race, who raised an impressive $462,000 during the first three months of her campaign.

Yet Neumann also raised only a fraction of her money from individual Montanans: $70,500 from identified donors, or 15 percent of her total.

Neumann and Daines likely had more money from Montanans among their receipts from non-itemized donors who give less than $200. But those donors aren’t identified in reports, so it’s now known how many might be from Montana.

The Daines campaign said 88 percent of his donors give less than $200, and that these donors number just over 20,000.

The three other Democrats in the race are Helena Mayor Wilmot Collins, who has raised $232,000 through December, Loma rancher and engineer John Mues, who has raised $131,000, and Bozeman physicist Michael Knoles, who hasn't reported raising any money.

Here’s a closer look at the source and status of the candidates’ money, at this point in the race:

· About 17 percent of his receipts -- $1.1 million – has come from four states or areas: California, the Washington D.C. corridor, New York and Texas.

· Neumann, who grew up in Bozeman but only recently moved back to the state, culled almost half her funds from donors in California ($137,000) and New York ($75,000). She had donors from at least 26 states and received 77 percent of her funds through ActBlue, an online contribution aggregator for Democratic candidates.

· Collins, who’s been in the race since last May, has also been using ActBlue, leading to donors from 27 states. Only 20 percent of his total funds ($47,000) has come from identified individuals in Montana, although he also has $129,000, or 55 percent of his money, from non-identified smaller donations – many of which are likely from Montana.

He, too, has used ActBlue, raising $57,000 of his money through the online aggregator.