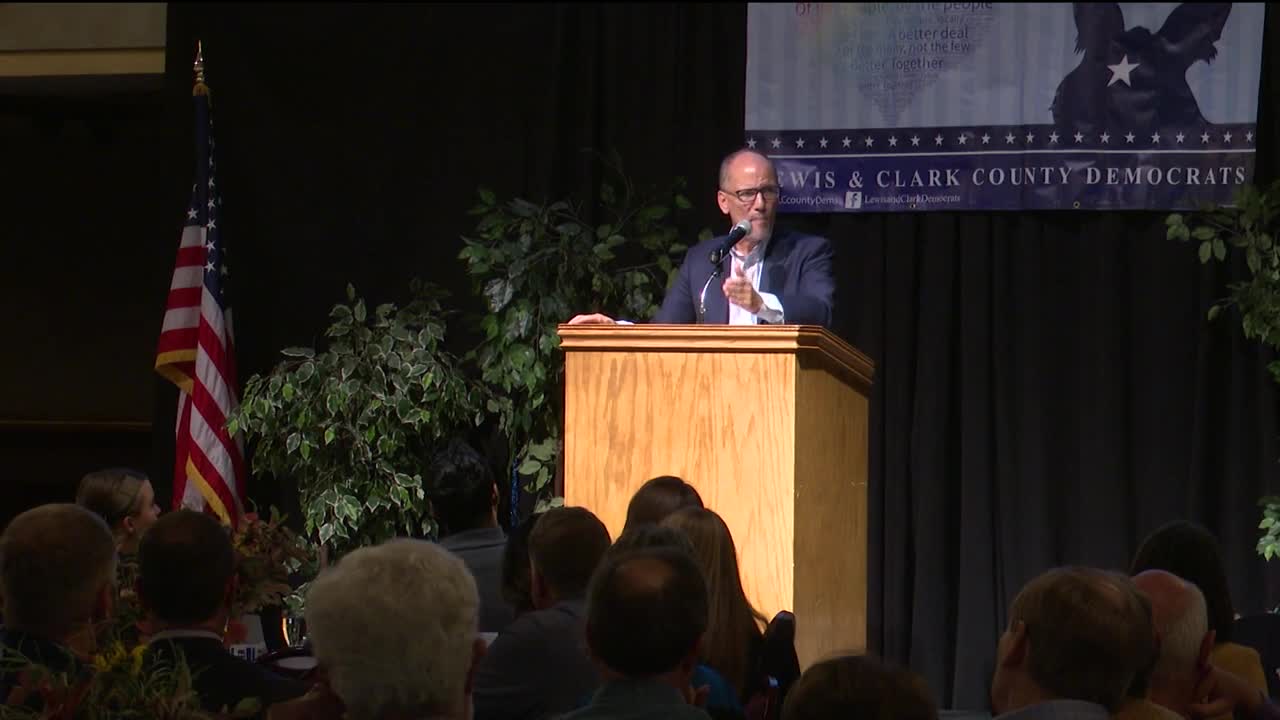 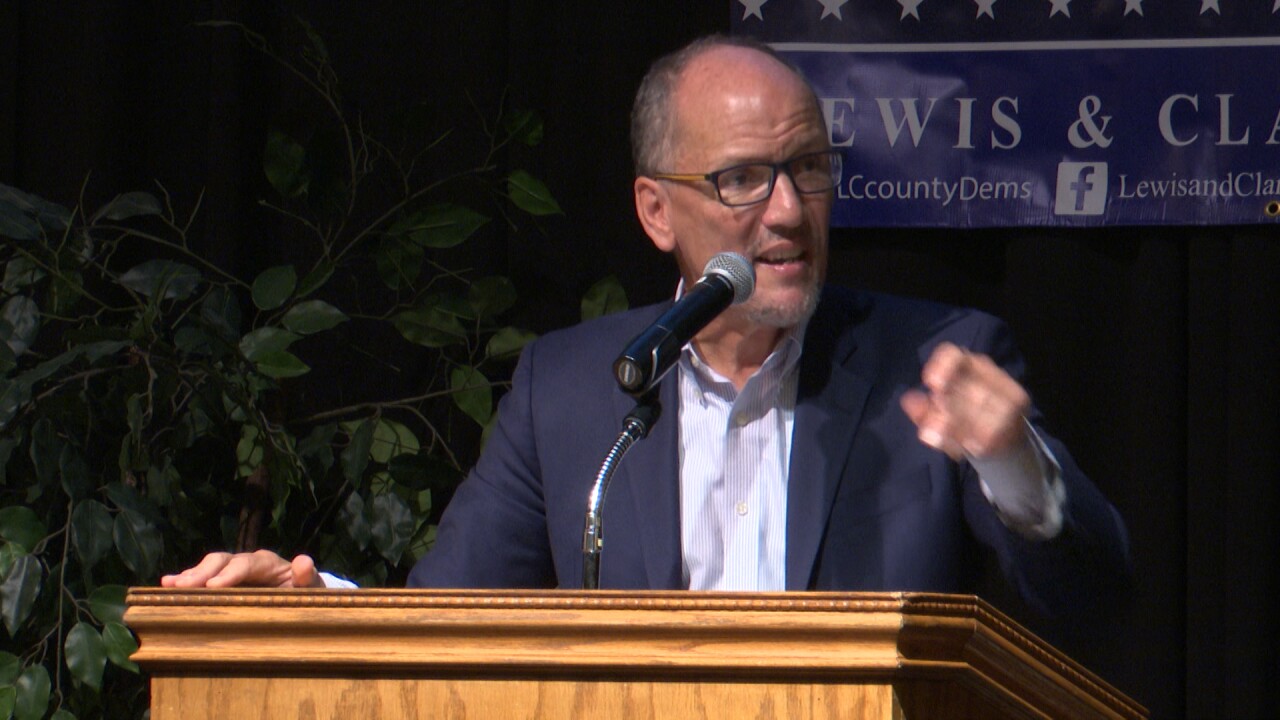 HELENA — The leader of the national Democratic Party told a crowd in Helena Tuesday that he’s confident Democrats can have success in Montana’s elections next year – and the party is committed to investing in those races.

“I believe we have to invest everywhere, because our values resonate everywhere,” said Tom Perez, chair of the Democratic National Committee.

Perez was the keynote speaker at the Lewis and Clark County Democratic Party’s annual dinner, at the Helena Civic Center. He was joined by U.S. Rep. Grace Meng of New York, one of the DNC’s vice chairs.

Perez told MTN that they were in Montana because DNC leaders want to show that Democrats are a “50-state party.”

“Montana’s where we can elect Democrats; we’ve shown we can do it as recently as 2018,” he said. “I wanted to be here tonight for this dinner to clearly communicate that we are all in in Montana, and our job is to help elect Democrats up and down the ticket.”

Perez said Democrats like Gov. Steve Bullock and U.S. Sen. Jon Tester have shown the party can be successful in Montana. He praised state legislators for their work on continuing Medicaid expansion, which he called one of their most important achievements.

Perez said the DNC sees strong opportunities for Democrats to hold onto the Montana governor’s office and win U.S. Senate and House races. He said he’s impressed with the slate of candidates running for those offices – and for offices further down the ballot.

“I think Montanans have demonstrated that, if they see a candidate that really has their values and shares their values, they’re less inclined to look at party label – they want to look at the person,” he said. “What all of our candidates have in common is, they’re spectacular.”

Perez said, after the 2016 election, Democratic Party leaders took a look at their operations and concluded they needed to make changes. He told the crowd the party had focused too much on presidential election years, and that they needed to do more to organize in down-ballot races. He also said they were looking at ways to improve their outreach to three key groups: Democratic base voters, young people and rural voters.

“We learned our lesson, and frankly we learned it the hard way, and it’ll never happen again,” he said.

The DNC announced this week that they would make an additional investment in Montana, allowing the state Democratic Party to hire a dedicated rural organizer.

“We have to increase our footprint across the rural parts of the state,” Perez said.

Perez argued that, on issues like expanding access to health care, maintaining public lands and supporting agricultural exports, Democrats’ message can appeal to voters – even in a state like Montana, where President Donald Trump won by a large margin in 2016.

“I think at the end of the day, what people are going to ask themselves is, ‘Who has my back?’” he said.

Perez also told MTN he doesn’t believe the U.S. House’s recently announced impeachment inquiry into the president will interfere with the Democrats’ ability to deliver their message. He said Trump’s actions toward Ukraine are a sign that he has put his own interests before the public.

“This is a straightforward abuse of power case; we will investigate it,” he said. “At the same time, we are working hard to make sure that all the other issues of concern to the voters of Montana and the voters across America, we’re addressing.”

President Trump’s 2020 reelection campaign highlighted the issue of impeachment in their response to Perez’s visit.

“Perhaps instead of pontificating to Montanans, Tom Perez should focus on reigning in his ‘party of impeachment,’” campaign spokesperson Samantha Zager said in a statement. “Perez and the Democrats need to stop the madness, and start focusing on issues that matter to Americans, like passing the USMCA and securing the border.”