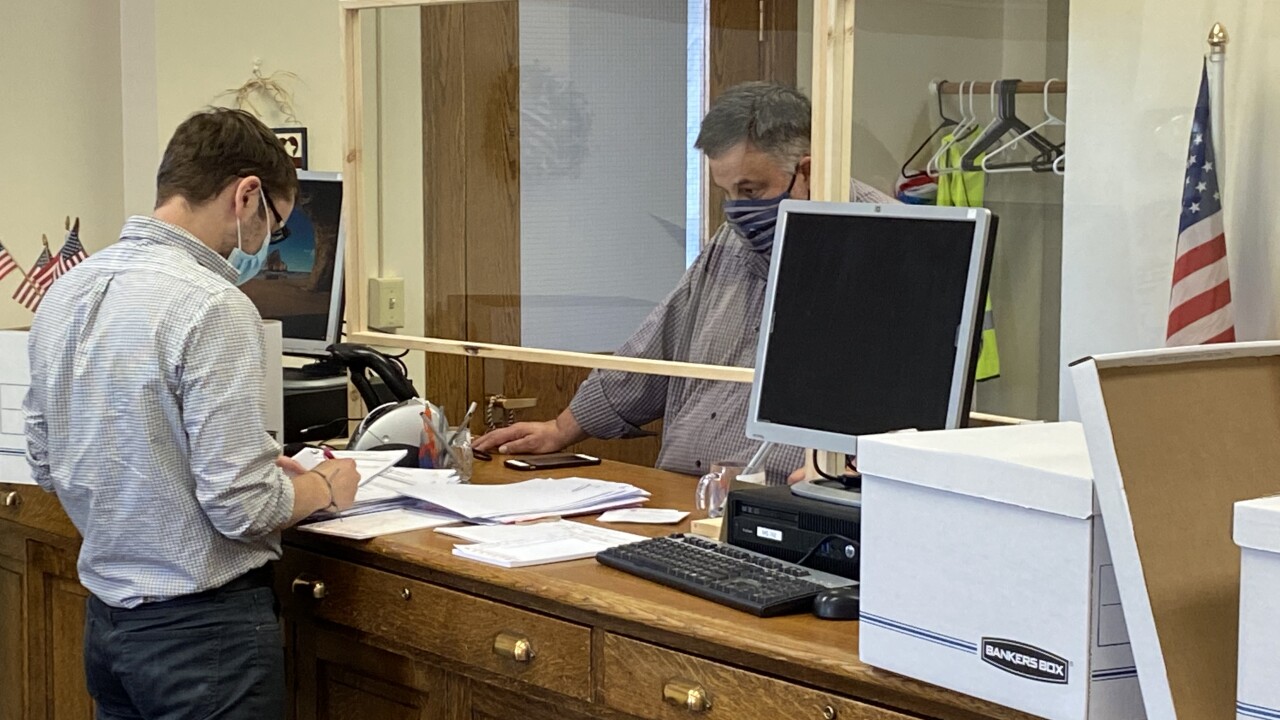 HELENA — The deadline has arrived for groups trying to collect signatures to put ballot initiatives before Montana voters this year.

Friday was the last day for initiative supporters to submit signed petitions to election officials.

On Friday morning, representatives with New Approach Montana – the committee seeking to qualify a pair of marijuana legalization measures – brought four boxes of petitions into the Lewis and Clark County Elections Office. It was just one of a series of deliveries around the state.

Petersen said New Approach has turned in about 130,000 signatures statewide. About 50,000 are for Initiative 190, a statutory measure that would set up the framework for a recreational marijuana system, including a 20% tax on sales. The other 80,000 are for Constitutional Initiative 118, which would amend the Montana Constitution to let the state prohibit marijuana sales to people younger than 21.

“It’s really exciting to see that kind of broad support, and just to see the great number of people that support this policy,” Petersen said.

Now, county election administrators around the state have four weeks to verify the submitted signatures. They will check whether each signature is from a registered voter, whether the signature matches the one on file, and if there are any duplicates.

After the counties report their totals, the Montana Secretary of State’s Office will make its own check, then certify which measures got enough valid signatures to get on the November ballot.

A statutory initiative needs at least 25,468 confirmed signatures from registered voters around Montana to qualify for the ballot, including a minimum number from at least 34 of the 100 state House districts. A constitutional amendment must get at least 50,936 signatures and meet a threshold in 40 House districts.

“We’re confident that we’ve got a good buffer, and so that the verification process will go forward and we’ll come out of that on top,” said Petersen.

The COVID-19 pandemic forced major changes in the campaigns to qualify initiatives this year. New Approach collected many of its signatures in person – but in a short window after the state’s stay-at-home order was lifted. To comply with public health guidelines, they took additional precautions. The committee’s roughly 200 hired signature gatherers wore masks, and all signers received wrapped, single-use pens.

Petersen estimated New Approach may have spent $10 or $11 for every signature it gathered. He said that cost was double what they would have had to spend without the pandemic.

Other groups turned to different tactics. MTCares is a committee backing Initiative 187, which would require utility companies in the state to get more of their electricity from renewable sources like wind and solar. The measure would gradually increase the renewable requirement to 80% by 2035.

MTCares had much more limited resources and relied on volunteer signature gatherers. The group got a ruling from the Secretary of State’s Office, confirming they could submit signatures by mail, if the person who turned them in included a signed declaration. Leaders encouraged people to print the forms off their website and mail them in.

Because individuals were submitting signatures for I-187, organizers don’t have an estimate on the final number they were able to turn in. Russ Doty, who helped draft the initiative and volunteered with the campaign, said he remained hopeful they could qualify, but that regardless of whether I-187 made the ballot, he felt they had brought attention to energy issues and climate change.

“Utilities here must realize that 66 senior citizens pitching in less than $2,000 in their time to gather signatures – so their kids and grandkids do not have a future that becomes too hot for them to fix – have changed the world here in Montana,” he said.