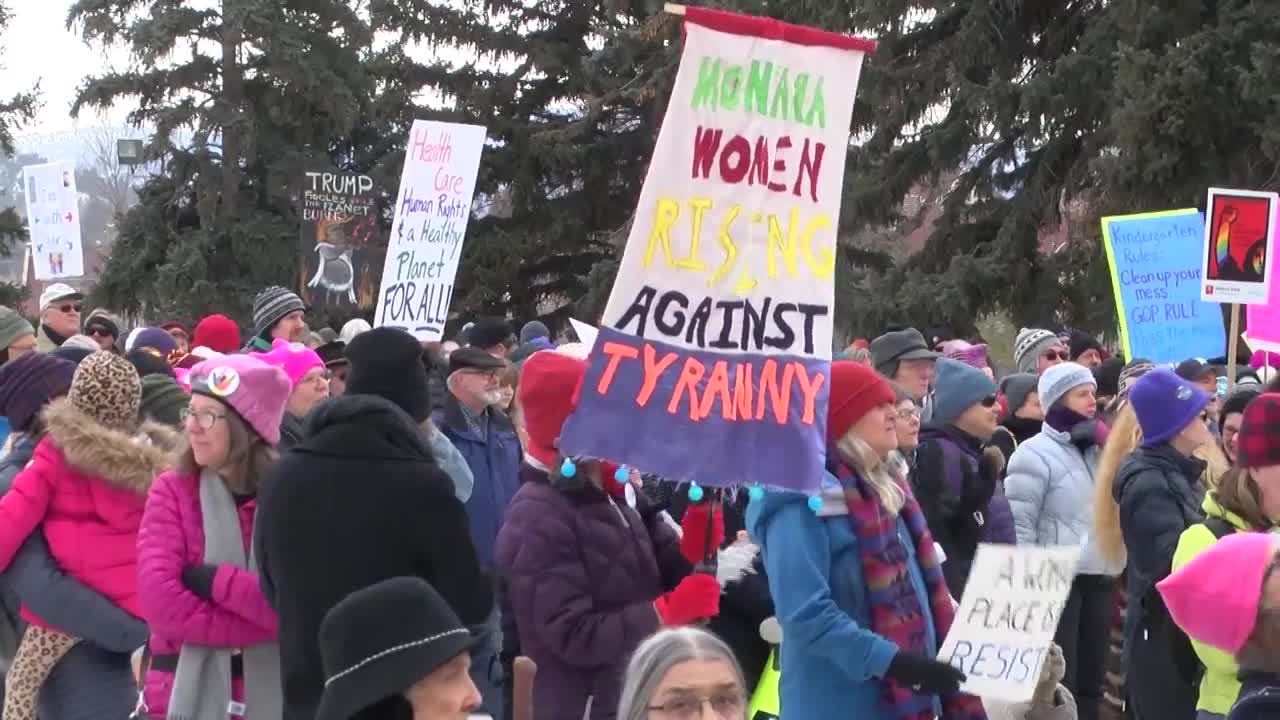 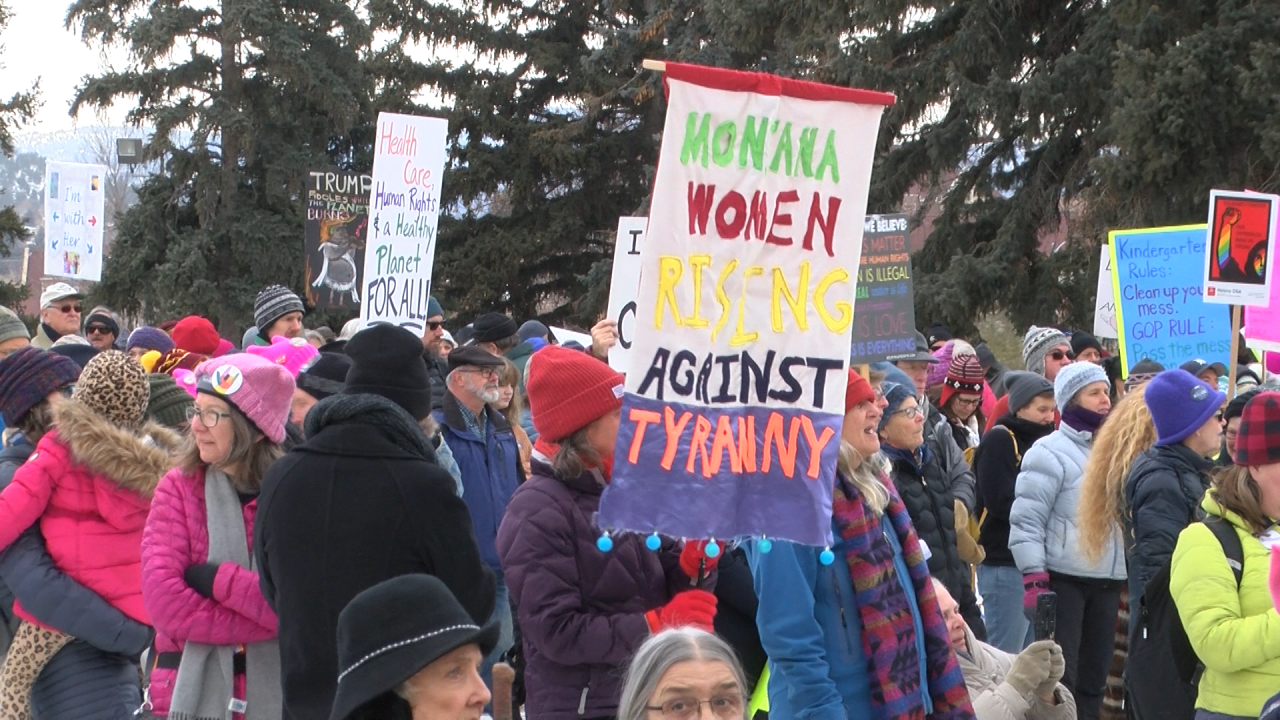 HELENA — It was a packed Memorial Park in Helena on Saturday, as people joined crowds across the country for the 2020 Women’s March.

Now in its fourth year, activists in Helena donned the iconic pink knitted hats and many held homemade signs.

This year’s marchers were celebrating Montana’s women leaders, the 100th Anniversary of Women’s Right to Vote in the United States and protesting national policies by the Trump administration.

The first national Women’s March was held in 2017 as a response President Donald Trump’s election and inauguration. Montana’s first Women’s March saw more than 10,000 people gather at the State Capitol.

Speakers on Saturday stressed the importance of women’s freedom from violence, the right to reproductive self-determination and everyone’s right not to face discrimination.

“There are a lot of women’s issues,” said Nancy Leifer, president of the board for the League of Women Voters Montana. “We think many of these issues are ones that all women believe in, such as putting an end to violence against women and to have healthcare for women.”

Leifer told MTN she recognizes there is a strong divide in the United States on many women’s issues, but has hope that people from both sides can come together and not treat each other as an enemy.

“To me this is an opportunity for us to be able to start recognizing that we need to be able to reach across and listen to each other’s experiences,” said Leifer. “Our life experiences define who we are. We need to understand those experiences and figure out how we can come together and work together on things in a much better way than we have recently.”