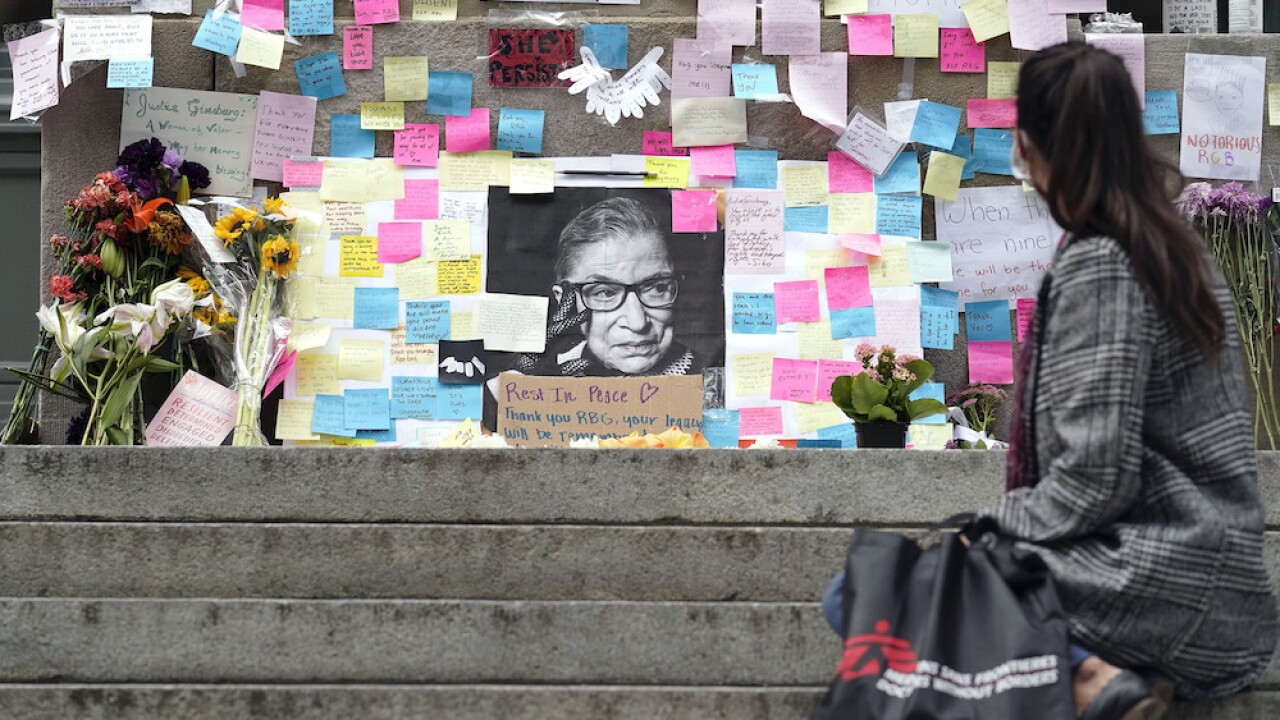 Copyright 2020 The Associated Press. All rights reserved.
Steven Senne/AP
A woman sits in front of a memorial to U.S. Supreme Court Justice Ruth Bader Ginsburg, Tuesday, Sept. 22, 2020, outside the Harvard Law School library at Langdell Hall, on the campus of Harvard University, in Cambridge, Mass. Ginsburg, who attended Harvard law school but transferred to Columbia, died Friday, Sept. 18, 2020, at the age of 87. (AP Photo/Steven Senne)

Thousands are expected to honor Justice Ruth Bader Ginsburg at the Supreme Court building in Washington on Wednesday as her casket arrives for three days of public mourning in the nation's capital.

Following the ceremony, Ginsburg will lie in repose at the top of the building's grand outdoor staircase and under its iconic portico. Thousands of mourners are expected to pay respects to Ginsburg Wednesday and Thursday.

Ginsburg — the second woman ever appointed to the high court — will be the first female justice to lie in repose at the Supreme Court.

After two days at the Supreme Court, Ginsburg's casket will be moved to the Capitol Building, where she will be the first woman to lie in state there.

Ginsburg will be buried at Arlington National Ceremony in a private ceremony early next week.

Throughout her distinguished legal career and nearly three decades on the court, Ginsburg was a tireless advocate for woman's rights and earned celebrity status as "The Notorious RBG" late in life.

President Donald Trump has said he will nominate Ginsburg's replacement on Saturday. Senate Majority Leader Mitch McConnell has said the Senate would vote on the nominee ahead of election day on Nov. 3.