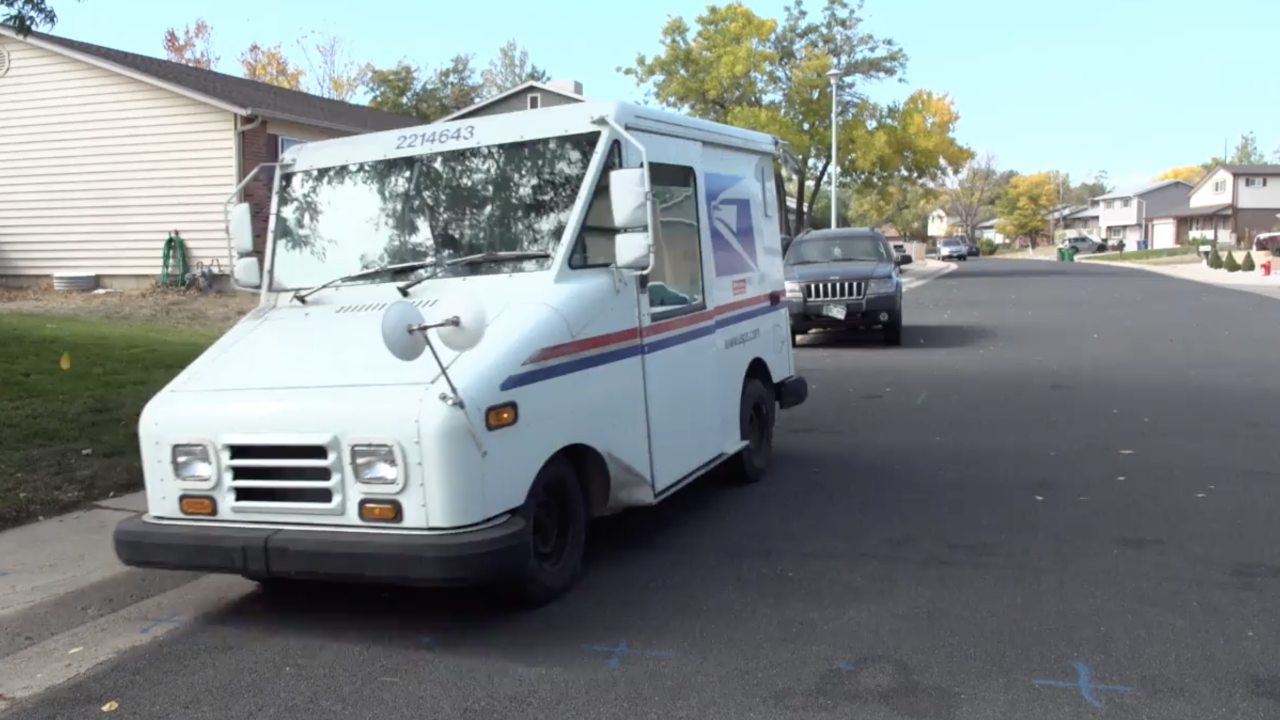 "Neither snow nor rain nor heat nor gloom of night stays these couriers from the swift completion of their appointed rounds."

While it isn’t the official U.S. Postal Service motto, it’s something mailwoman Amy Bezerra has kept to for the past 25 years. And now, we can add COVID-19 to that list of things that postal workers press through.

Bezerra is one of almost half a million mail carriers for the USPS, and for the last eight of those years, she’s had the same route just north of Denver, Colorado.

"My max is usually six years and then I’m like, 'Eh, it’s time to move on and learn a different area.' Which is really hard, because you get close to your customers," said Bezerra.

But because of COVID-19, the part of her job she loves the most has now changed.

"My customers, being outside, being able to involve yourself with other people, giving customer service to a wide variety of people," said Bezerra. "I don’t see near as many people. Your customers, if they do come out, it’s very rare anymore."

People are ordering things now more than ever.

"A lot of people are not going out to stores purchasing. They’re staying at home and doing it on the computer, which gives us more parcels, which is awesome," said Bezerra.

It’s deemed an essential public service, critical to the nation’s infrastructure, and critical to so many lives. However, the carriers also provide a service that many wouldn’t think.

"You get to know the people, the kids, the pets who should be around in the neighborhood, who shouldn’t, and people’s schedules," said Bezerra.

So, a few years ago, when one of her customers didn’t pick up his mail for a few days, she knew something was wrong. She called for help.

"He had just been real sick and completely dehydrated. But every time he’d get up, he’d pass out and hit his head," said Bezerra.

The ER doctors said he wouldn’t have made it 24 hours.

"I have five more years, and I have really bonded with these people out here. I’ve pretty much promised them, unless the post office takes it away from me, I’m here for five more years with them," said Bezerra.

So, snow, rain, heat, gloom of night, nor COVID-19 will stop Bezerra from delivering to her customers.