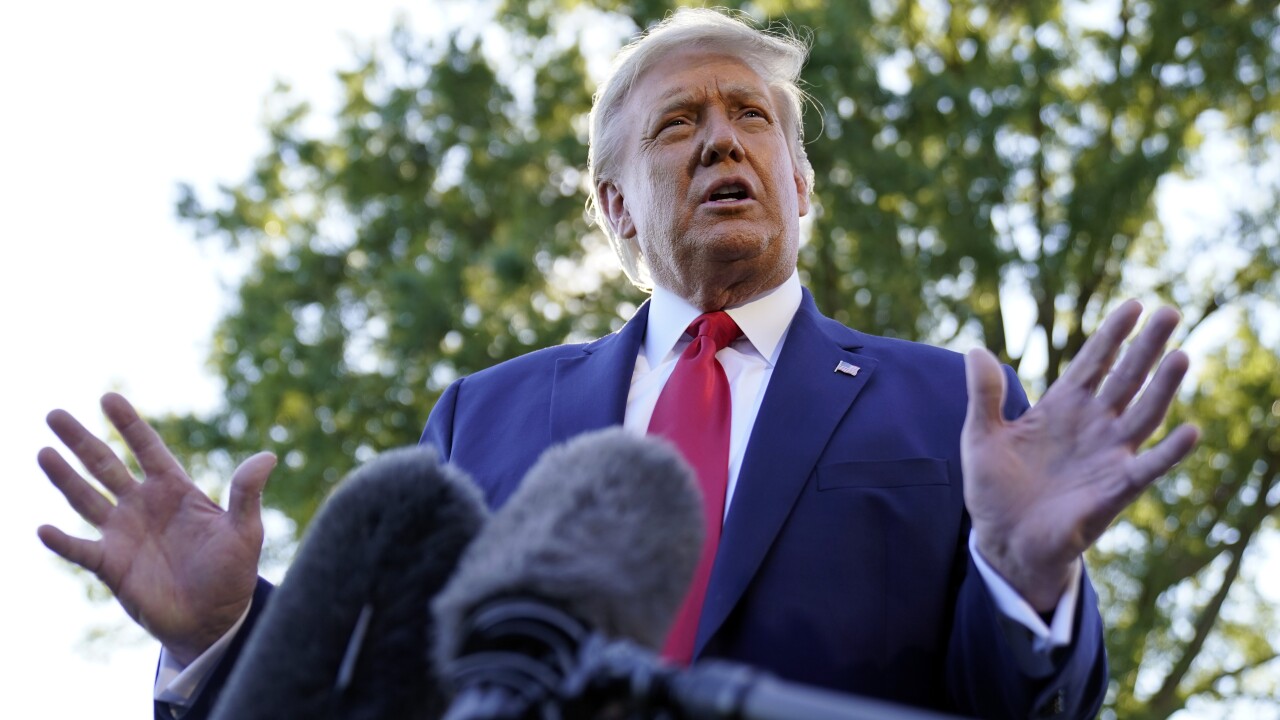 Copyright 2020 The Associated Press. All rights reserved
Andrew Harnik/AP
President Donald Trump speaks to reporters on the South Lawn of the White House, Monday, Sept. 21, 2020, before leaving for a short trip to Andrews Air Force Base, Md., and then onto Ohio for rallies. (AP Photo/Andrew Harnik)

President Donald Trump told reporters on Tuesday that he plans on announcing his nomination to replace Justice Ruth Bader Ginsburg on Saturday at 5 p.m. ET.

It does not appear there will be any drama involving the confirmation of a new justice after Sen. Mitt Romney announced earlier on Tuesday he will not stand in the way of Trump’s nominee. Only two Republican senators - Lisa Murkowski of Alaska and Susan Collins of Maine - say they oppose holding a confirmation vote amid an election. With just Murkowski and Collins joining Democrats in opposing a confirmation close to the election, Republicans will likely have 51 votes to confirm Trump’s nominee.

On Monday, Trump said he is choosing among five women to nominate to the Supreme Court by the end of the week, and is pushing for the nominee to be confirmed by Election Day.

On Tuesday, Trump said he wants to see a full bench of nine justices in place by the election in order to oversee any potential election challenges.

While the Supreme Court has given a 5-4 advantage to conservatives for many years, Chief Justice John Roberts has occasionally sided with the four liberal justices on key votes, including challenges on the Affordable Care Act. With Ginsburg’s death, the court will give conservatives a 6-3 edge, and gives the party hope of overturning Roe versus Wade and the Affordable Care Act.