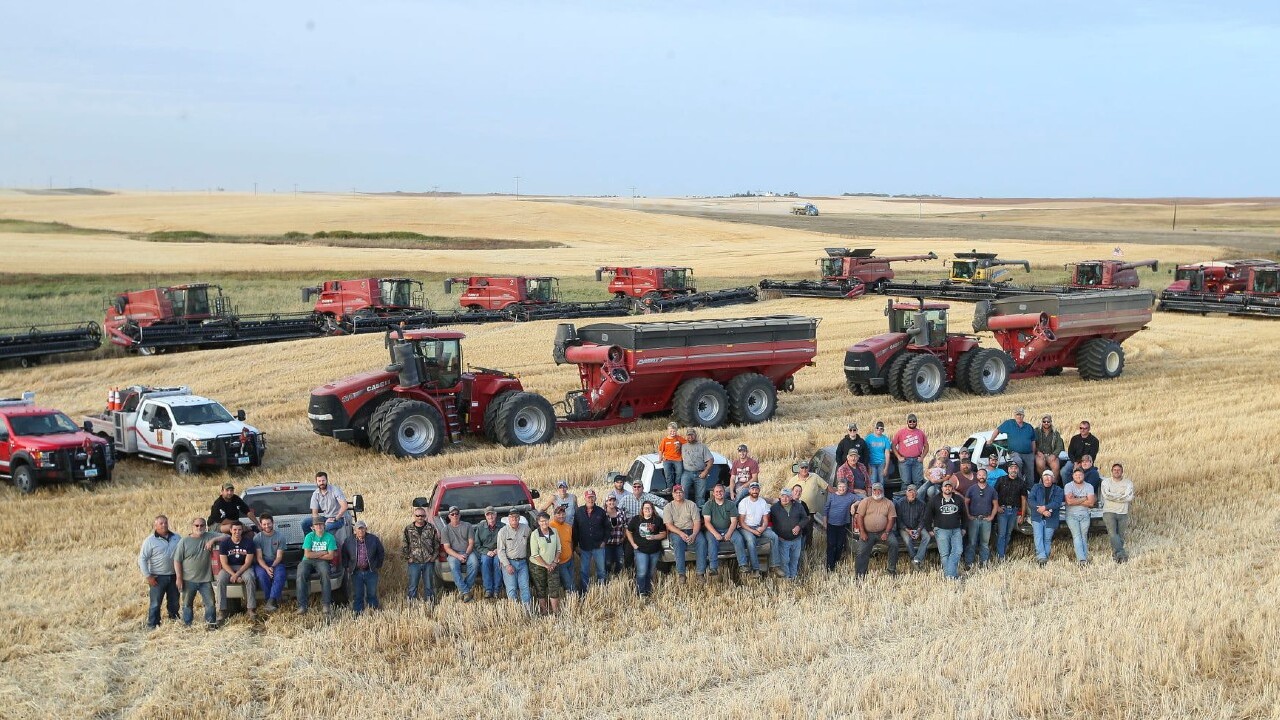 DIVIDE COUNTY, N.D. – A tight-knit community in North Dakota is proving that neighbors can still take care of one another.

Tabitha Unhjem told The Washington Post that her father, Lane, was driving his combine harvester across his field of durum wheat, when the machine caught fire and the 57-year-old man went into cardiac arrest while trying to put it out.

Lane was airlifted to the hospital, where he remains in critical condition, CBS News reports.

Meanwhile, fellow farmers in Divide County soon heard what happened to Lane and halted their own harvesting, so they could help.

The Post reports that nearly 60 neighbors showed up with their machinery on Sept. 12 to finish Lane’s harvest for him.

By dividing and conquering, the neighbors harvested about 1,000 acres of wheat and canola in the span of nearly eight hours, The Post reports.

One of the neighbors, Brad Sparks, told The Post that it would have taken Lane about two weeks to complete it on his own.