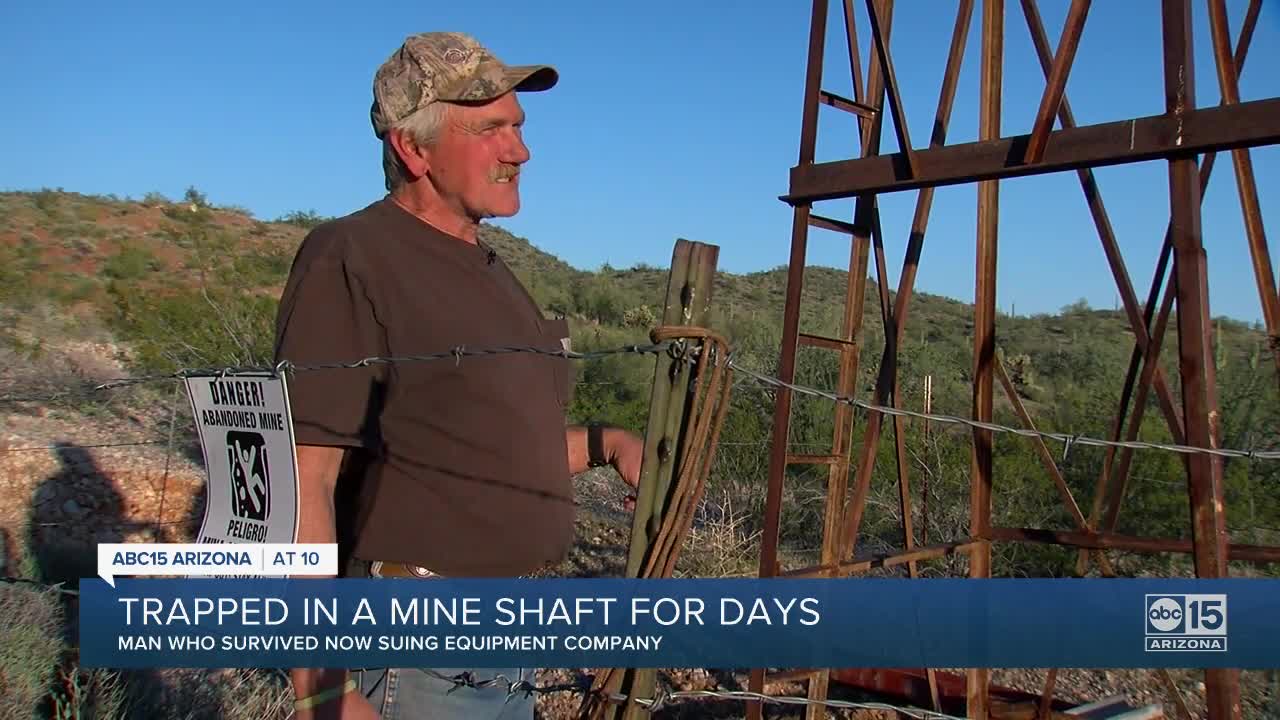 Man who survived after falling down a mine shaft and being stuck for days, now suing equipment company. 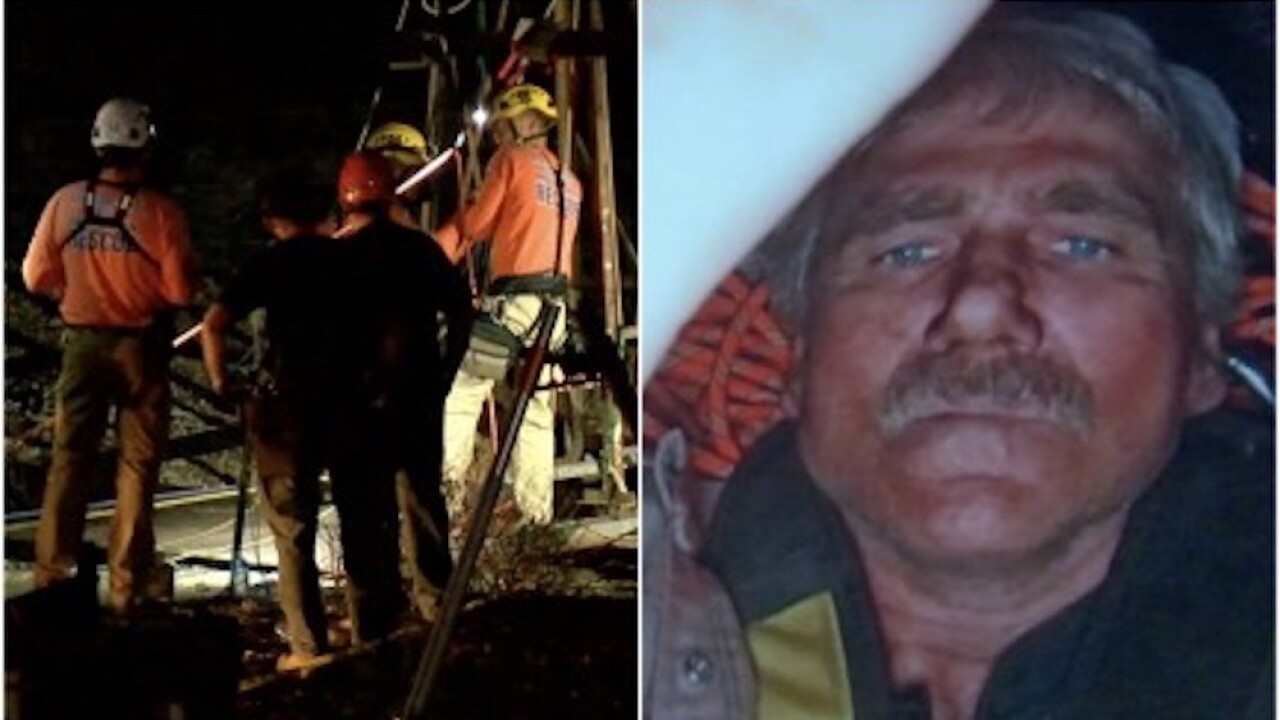 AGUILA, Ariz. — John Waddell nearly died after he fell down a 100-foot mine shaft in Aguila and went more than three days without food and water. Now more than a year later, he is suing the company that made the piece of equipment he claims broke, leading to his life-altering free fall.

"It's always on my mind," Waddell said.

Not a day goes by that John Waddell doesn't think of this mine shaft.

"Because it almost took my life," he said. "I didn't think I was going to live at all."

"I would bite the corner of the blisters to get some moisture out of it," Waddell said. "It was pus."

He also used a stick as a splint for his broken leg — and as a weapon against rattlesnakes.

"The tail started to go underneath my arm, and I could feel the vibration from the rattles," Waddell said. "I took the stick and I just killed a rattlesnake, it was either him or me."

Waddell says he killed three snakes. By the third day, he was sure he was going die in the hole with them. He even snapped a selfie for his daughter to find one day.

"That is when all hope expired," Waddell said.

Fortunately, Waddell's neighbor remembered to check on him, and a Maricopa County Sheriff's Office rescue team lifted him out and flew him to a hospital where he spent two weeks.

"My ankle was pretty well destroyed," he said.

Waddell filed a lawsuit recently, claiming an important piece of equipment holding him in place at the top of the mineshaft failed, and that the company who made it is responsible for his injuries.

"I'm alleging that their product was faulty," Waddell said. "I have suffered every day since the accident."

Waddell now walks with a limp and perpetual leg pain.

"I think the worst damage was mentally," he said.

Waddell also said he has not been able to pursue his passion and livelihood.

"Mining has been my life for 18 years," he said

It has been nearly 18 months since Waddell rappelled down a shaft, and he is determined to find out if there's gold next to his dead rattlers.

"I never did see what was down there. So it's eating me alive. I've got to know," Waddell said.

This story was originally published by Zach Crenshaw on KNXV in Phoenix.