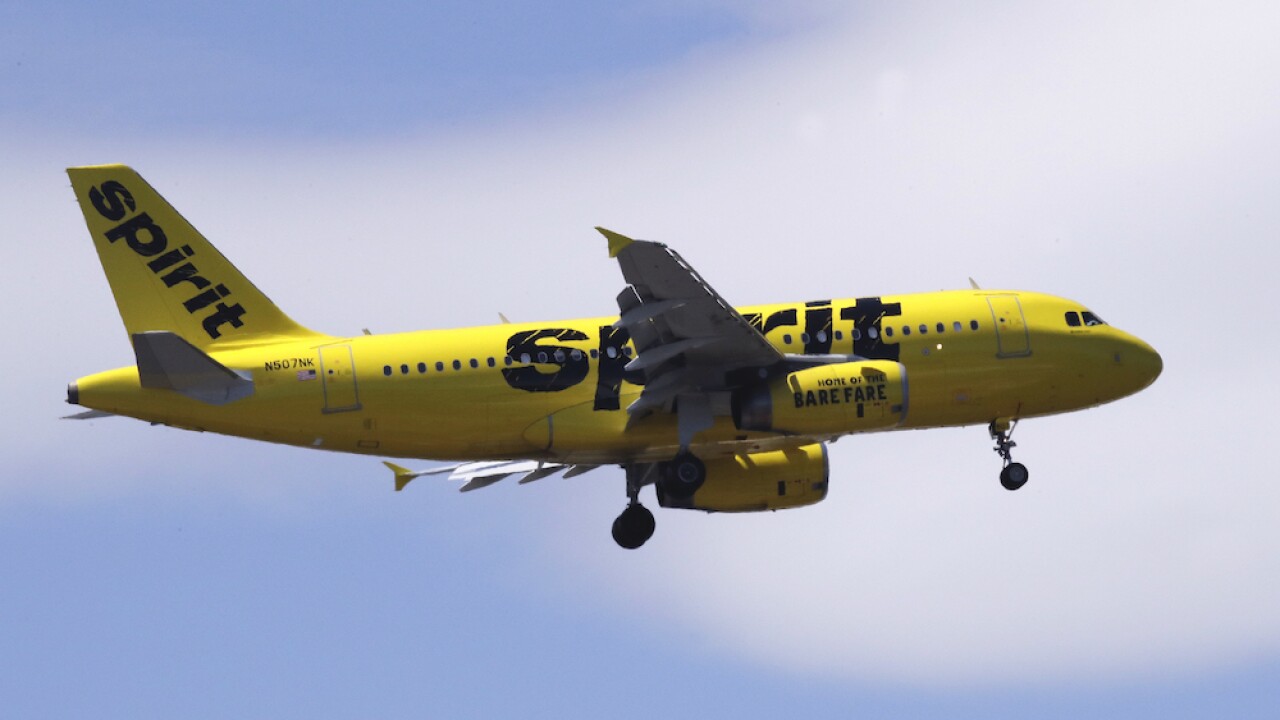 A woman died of COVID-19 while aboard a Spirit Airlines flight between Las Vegas and Dallas earlier this year, according to USA Today and The Washington Post.

According to USA Today, the July 24 flight was diverted to Albuquerque, New Mexico after a member of the flight crew reported that the woman was unresponsive. The woman was pronounced dead on arrival.

News of the woman's death was announced Sunday by Dallas County Judge Clay Jenkins while giving an update about the virus. Jenkins noted that the woman, who was in her 30s, had underlying health conditions.

A spokesperson told USA Today that officials at the Albuquerque International Sunport did not learn until later that the woman had been infected with COVID-19, and treated the emergency as they would any other health emergency.

A spokesperson for Spirit Airlines told The Washington Post that the airline has offered condolences to the woman's family and that it is confident in its procedures in dealing with the virus.

“Our Flight Attendants have in-depth training to respond to medical emergencies and utilize several resources, including communicating with our designated on-call medical professionals on the ground, using onboard medical kits and personal protective equipment, and receiving assistance from credentialed medical personnel traveling on the flight,” Spirit Airlines told The Washington Post.