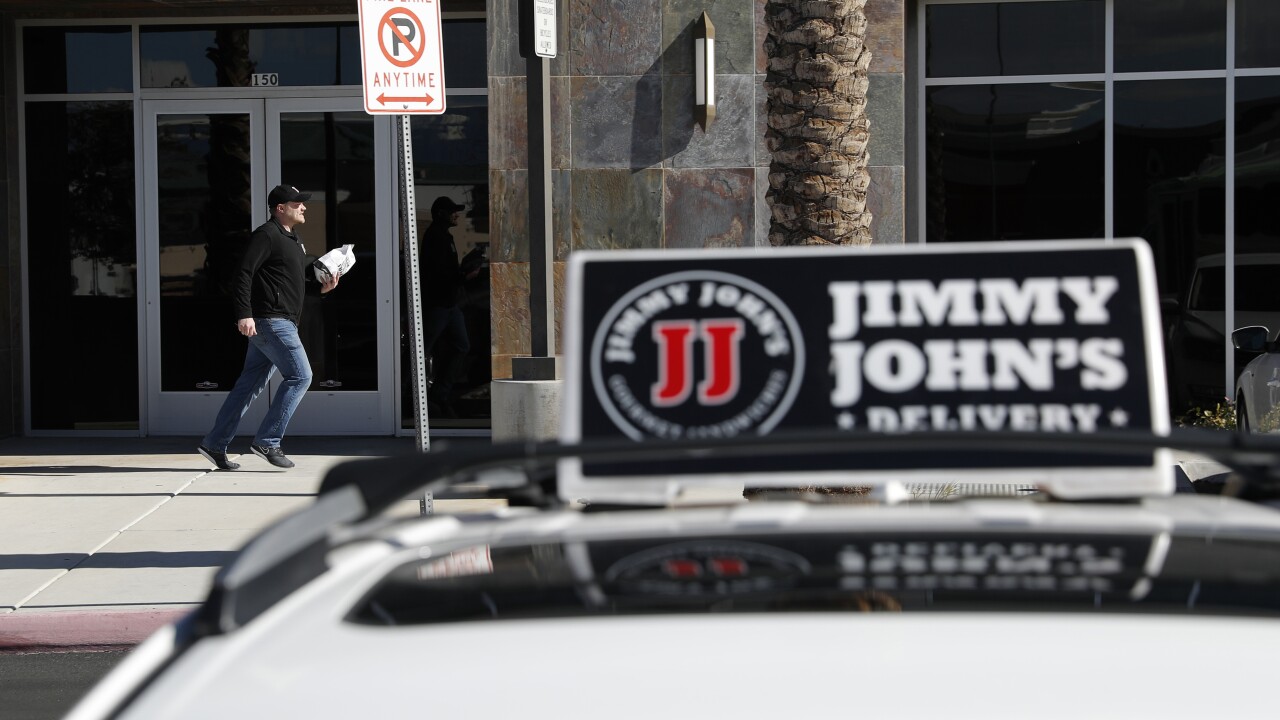 The Food and Drug Administration (FDA) has issued a warning letter to the Jimmy John's franchise in connection with several E. coli and salmonella outbreaks.

The letter details an E. coli outbreak in Iowa, with the Iowa Department of Public Health reporting 22 individuals became infected with the E. coli strain as of January 2020. All individuals were interviewed by health officials and all reported eating at a Jimmy John’s restaurant. Forty-five percent of those infected reported eating sprouts in the week prior to getting sick.

Previous E. coli outbreaks were reported in numerous other states over the years, including cases in Idaho, Montana, Michigan, Utah, California, Washington and Colorado.

Additionally, the FDA said several people in the Midwest were infected with salmonella. Most of those infected told health officials they had consumed raw sprouts on Jimmy John’s sandwiches, according to the letter.

“Taken together, these outbreaks, which spanned over the past seven years and impacted no fewer than seventeen states demonstrate the corporate-wide supplier control mechanisms you have in place for receiving fresh produce are inadequate,” the letter reads in part.

The letter goes on to say the company has not provided the FDA with any information “demonstrating long-term, sustainable corrections have been implemented throughout your organization to prevent this violation from recurring in the future.”

The FDA has requested the company respond with specific ways they intend to address the violation.

Jimmy John’s president James North said Tuesday in a statement to CNN the restaurant chain would cease the use of their sprouts at all of its locations until further notice. North went on tot say that food safety is a top priority for the company.

Read the FDA’s letter in its entirety here .