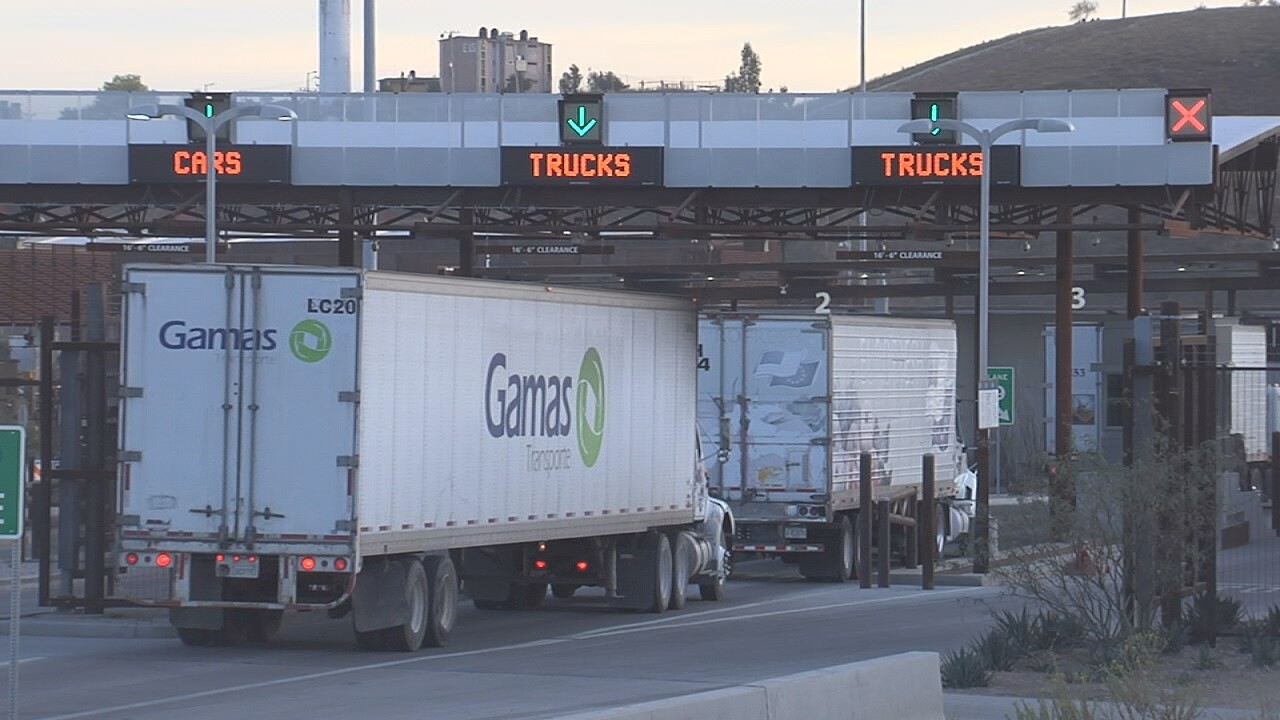 Billions in business pass back and forth between the United States and Mexico. A new trade agreement to manage that trade kicks in this week.

“You know, we were doing anywhere between 30 and 30 plus billion dollars worth of cross border trade here in the last five, six, seven years, I think that that number is only poised to increase," Jaime Chamberlain told KGUN.

Chamberlain owns Chamberlain Distributing, a packing house that brings tons of produce from Mexico and he chairs the port authority for Santa Cruz County, Arizona. The USMCA, the US, Mexico, Canada Agreement that officially kicks in this week replaces NAFTA, the North American Free Trade Agreement and does things like modernizing record keeping for the digital age.

Chamberlain says cross border trade does not mean U.S. jobs going to Mexico. He says, It’s a two-way highway that helps both sides.

Josh Rubin’s company Javid LLC/Javid De Mexico operates many of those Maquilas--factories U.S. companies operate in Mexico. He says, “I represent 27 different facilities over 3500 employees here in Nogales, Mexico, for our customers.”

Customs charges are based on where a product is made. Rubin says one of the challenges under USMCA is defining country of origins when the parts come from all over the world.

Rubin says some companies may feel they’re better off just paying ordinary customs duties and avoid record keeping and other requirements of USMCA, especially if they make small items that result in small customs fees.

There is an element of wait and see for some companies especially as US Customs and Border Protection works out exactly how it will enforce the new trade rules.

This story originally reported by Craig Smith on KGUN9.com.