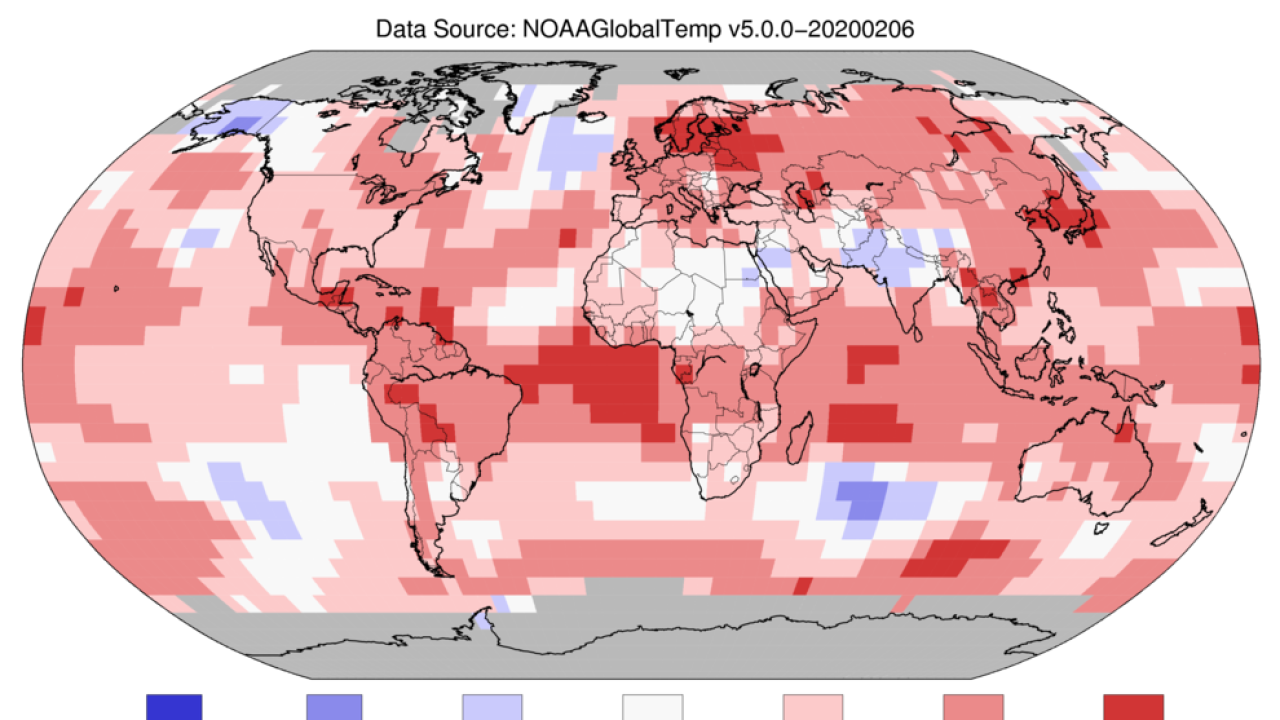 In 141 years of records, Earth has not had a hotter January, according to NOAA data released Thursday.

Last month, a trend of record or near-record-breaking temperatures continued, as January 2020 topped January 2016 by 0.04 of a degree F for the title of hottest January on record.

The four warmest Januaries documented in the climate record have occurred since 2016, NOAA said.

NOAA data showed that the contiguous United States had its fourth-warmest January on record last month. Nearly the entire nation had above-average temperatures in January. The Northeast U.S. had well above temperatures.