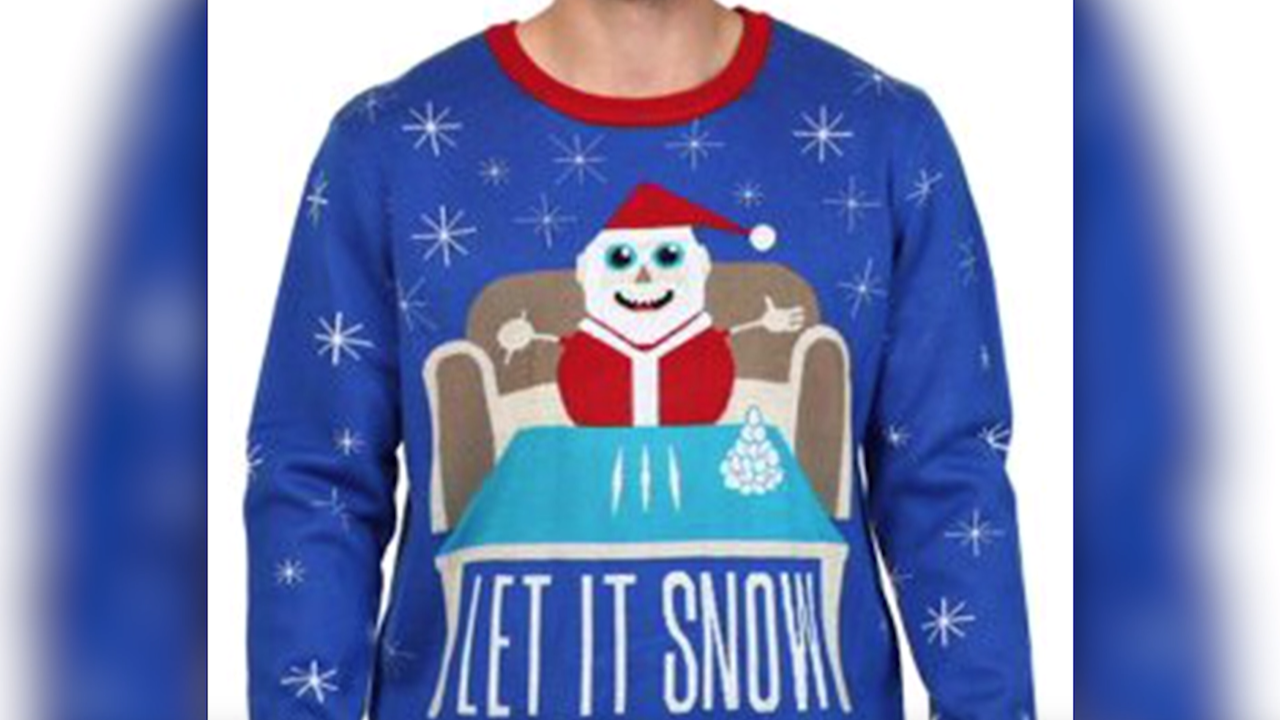 Walmart is saying sorry for making available a Christmas sweater with an apparent drug reference.

The sweater featured an image of Santa Claus behind a table with three white lines that look similar to cocaine lines. Below the image is the phrase "Let it snow." The Global News, a Canadian news organization, first reported the apology .

"These sweaters, sold by a third-party seller on Walmart.ca, do not represent Walmart's values and have no place on our website," Walmart said in a statement on Saturday. "We have removed these products from our marketplace. We apologize for any unintended offence this may have caused."

Third-party sellers are able to make products available on Walmart Marketplace — a portal on which Walmart can approve sellers to use its website.

Walmart has faced similar issues before. In 2017, the company apologized for an offensive slur used by a third-party seller in a product listing on its website.

And it's not the first time this holiday season that a third-party seller has brought scrutiny to a major online retailer. Earlier in December, Amazon pulled Christmas ornaments showing the Auschwitz concentration camp. Images used showed the train tracks leading to the entrance of Auschwitz II-Birkenau and a number of scenes inside the camps, where around 1 million Jewish people are estimated to have been killed during World War II. Amazon removed the products when the Auschwitz Memorial tweeted about them.