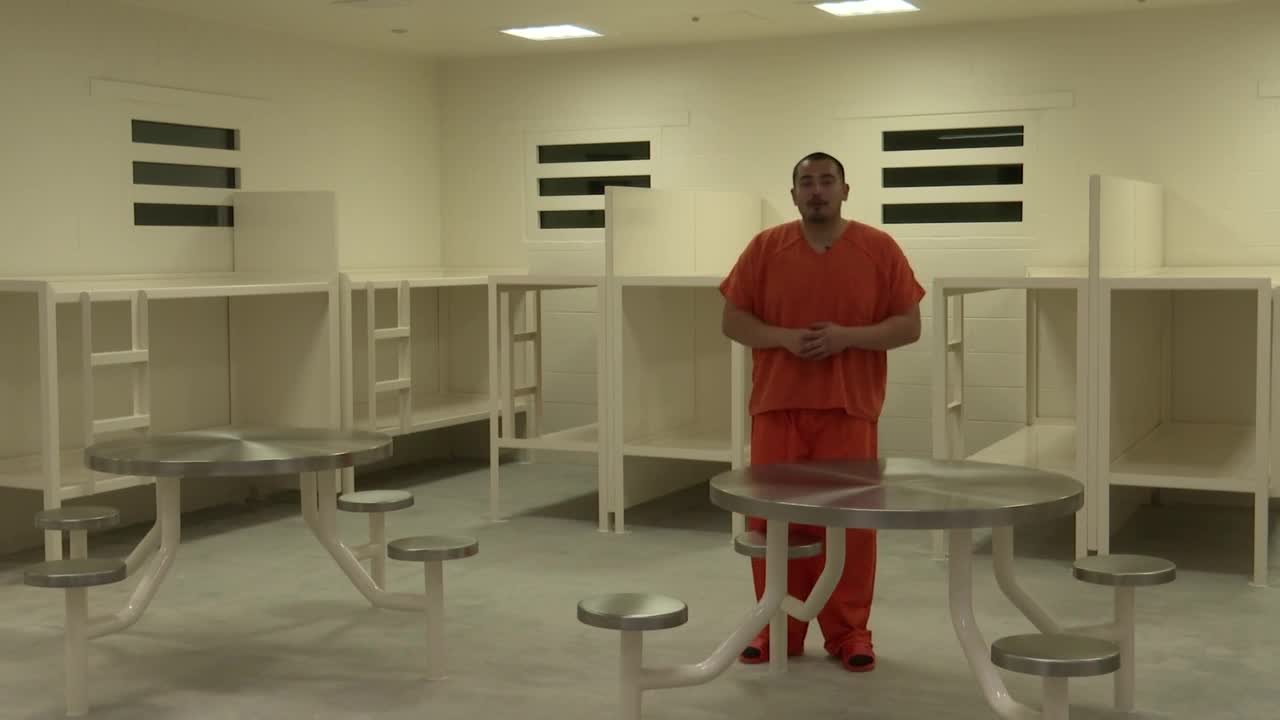 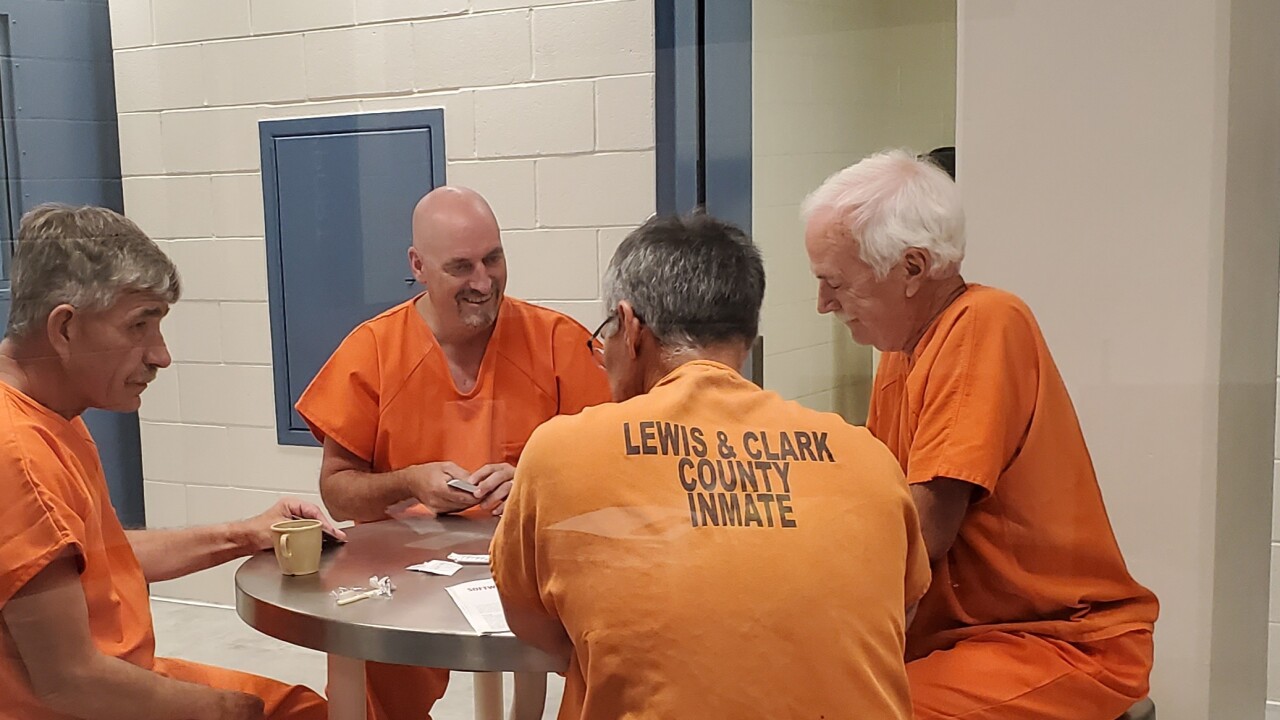 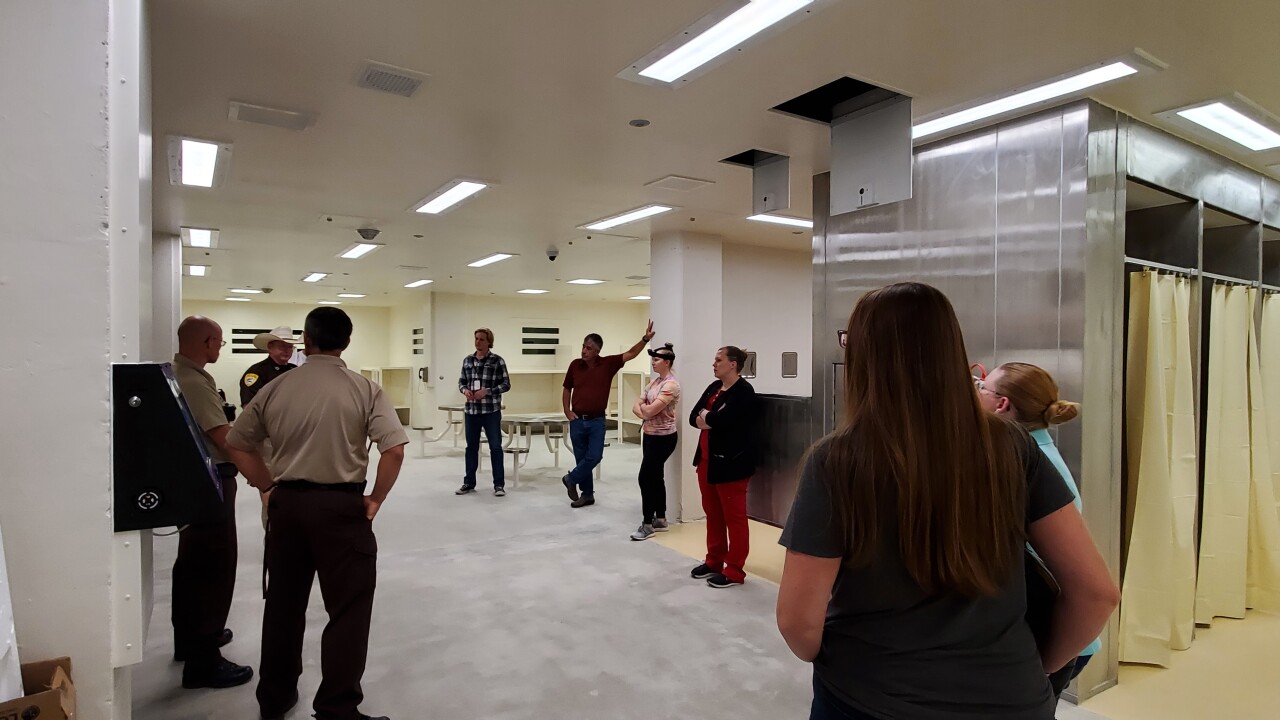 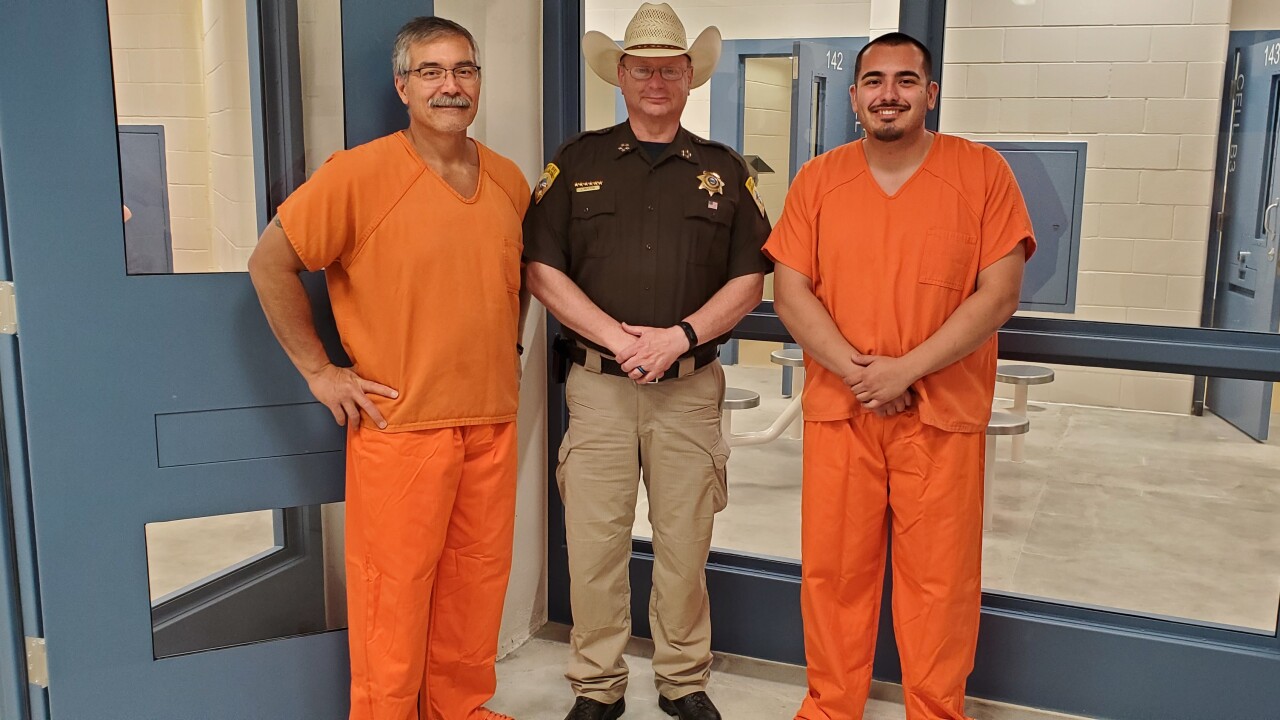 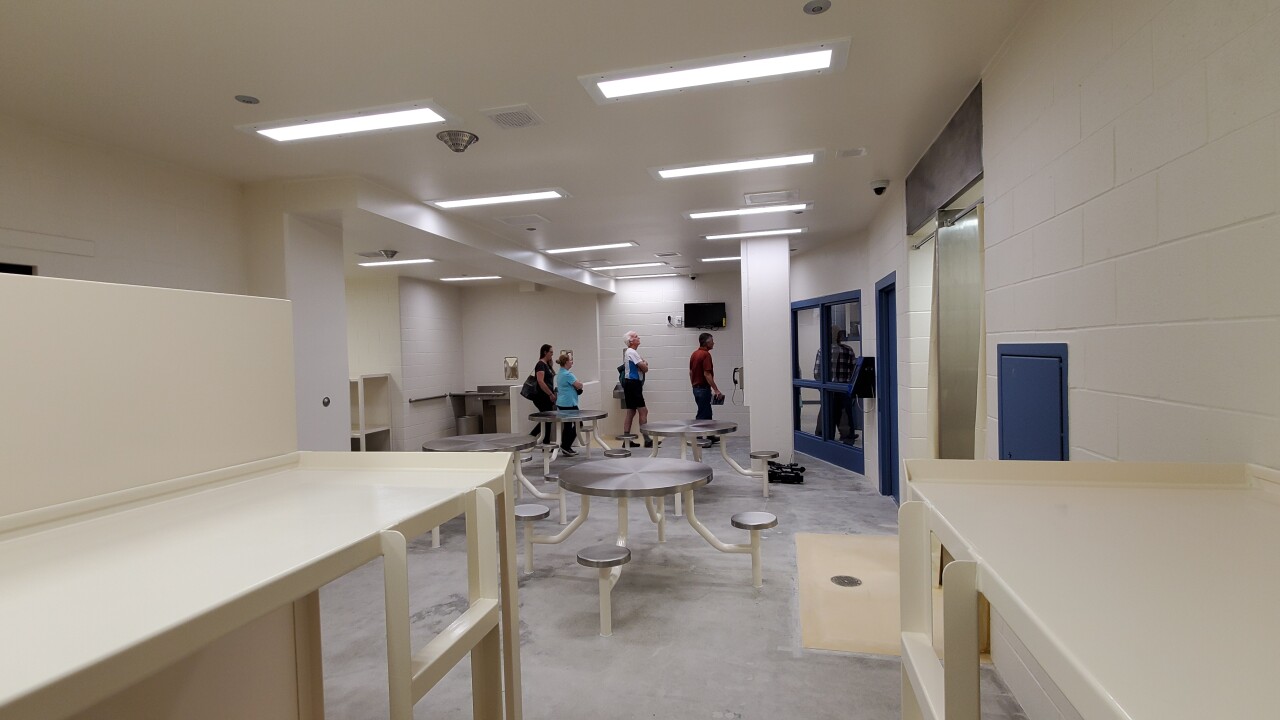 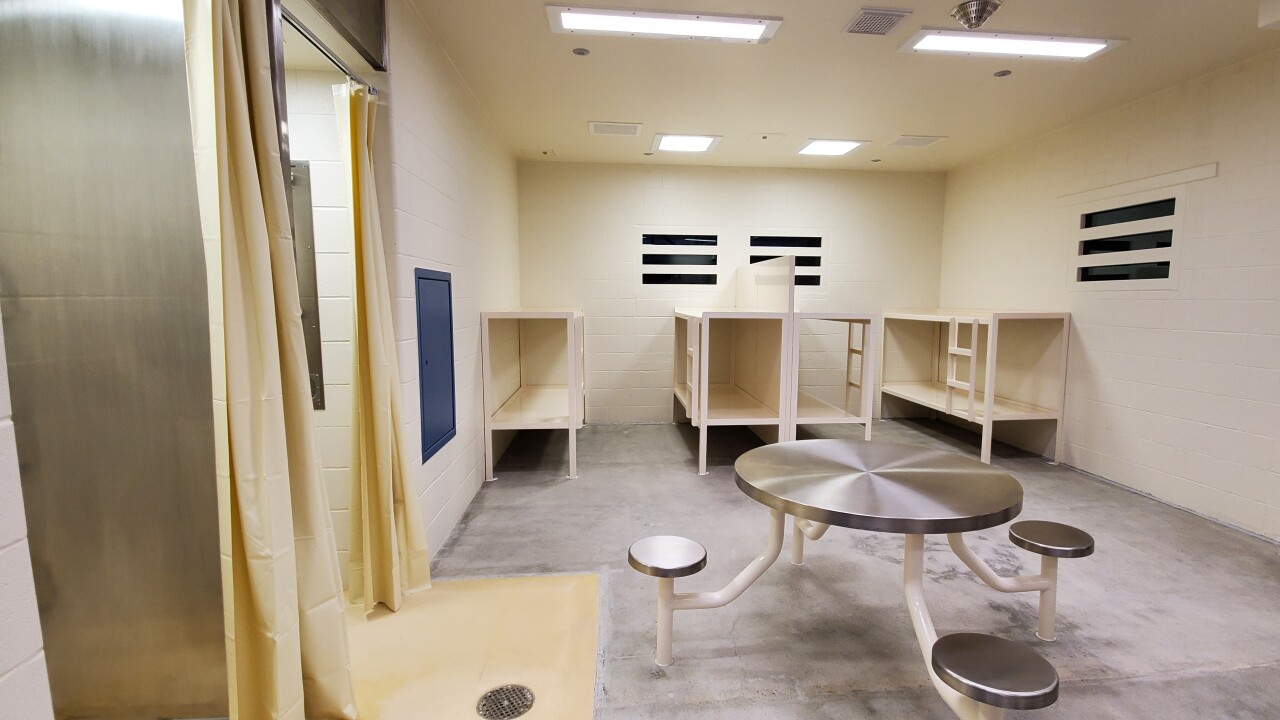 HELENA — Lewis & Clark County is getting ready to unveil its new jail in Helena, but first, they invited community members for a sleepover. I, Alexie Aguayo, joined them.

The Sheriff’s Office invited community members for a sleepover to test out the new detention center.

"As everyone knows, we did the bond levy a while back and we got it approved for the building,” says Iven Cranmer, a Detention Sergeant. “Restructuring the building and the staffing and all that and, basically, what we are trying to do now is to get the public to see what we've done with that."

Eight individuals were screened for COVID-19 before beginning the jail sleepover. We were all guided by Detention Officers and Sheriff Dutton as they explained the new features of the jail like kiosks and tablets for inmates, as well as ADA-accessible cells. We were also guided by a participant in the sleepover. Detention Captain, Alan Hughes, joined in to help the volunteers navigate through life as an inmate.

"Really with nobody actually here that knew the philosophy and the reasons why we're doing some of the things we're doing in the jail. I figured, hah, might as well jump in, join in,” says Capt. Hughes. “At least if anybody has any questions, I can answer any questions."

One of the biggest questions answered was overcrowding in the jail. The detention center had capacity to fill about 80 inmates, but housed over 100. With the new pods, the center can house 156 inmates in total. All these new additions, but none of them are considered the most exciting one.

The officers were most excited about the so-called, “Direct Supervision Pod.”

"Direct supervision puts the officer inside the unit with the inmates 24 hours a day, 7 days a week,” says Claire Swain, a Detention Sergeant. “They manage a unit by waking and talking. It's not something where you just go look through the room and see if somebody is doing okay, if they're awake. That type of thing."

"It will eventually have vending machines, and there, we will have extra things [the inmates] can work towards. They have to be at their best behavior once they earn their way in there," says Sgt. Cranmer.

Lewis & Clark County will have the first multi-level detention center in Montana. They hope to be fully operational within the next few weeks.

After a long night of tossing and turning for many participants, including myself. We ate breakfast and packed to end the sleepover. Participants felt the experience was an educational one.

"It was eye-opening, and it just gives you a whole new perspective on the criminal justice system," says Nanette Gilbertson, a Lewis & Clark County citizen.

"You can take a look, you can walk from the outside, look in and take a tour, but it's a lot different when you're sitting in there and the door closes and the lights go out," says Mark Piskolich, former Federal Probation Officer.

That is the experience in the new detention center. The one thing that all the officers agreed on was that this bond, the public voted on, did not go to waste.