UPDATE 1:30 P.M.: Senator Jon Tester’s campaign has responded to the controversy over a poster sold a Missoula Pearl Jam concert.

Campaign spokesman Chris Meagher says, “We never saw the poster before the show and we don’t like it. And we don’t condone violence of any kind. Period.”

The release of a political poster depicting a burning White House is drawing a lot of fire online and maybe seeing some fans turn their back on the legendary group.

But it was this poster, sold at the venue last night that started generating debate Tuesday afternoon after it caught the attention of conservative media news outlets.

The poster was drawn by Delaware artist “Bobby Draws Skullz Brown” and posted to Pearl Jam’s official Twitter account, as well as the artist’s Instagram feed. That post, which was later taken down, tags several parts of the poster, including a flying “Jon Tester”, jetting over the White House destruction on a tractor.

The poster got some support, but by this evening, most responders were condemning the band and bassist Jeff Ament for the violence, and what appeared to be the depiction of a skeleton of President Trump in the foreground.

Sen. Tester’s opponent, Matt Rosendale, was quick to jump on the controversy, calling the poster “disgusting and reprehensible”, calling on the Senator to renounce the image.

There’s been no statement from the Tester campaign. 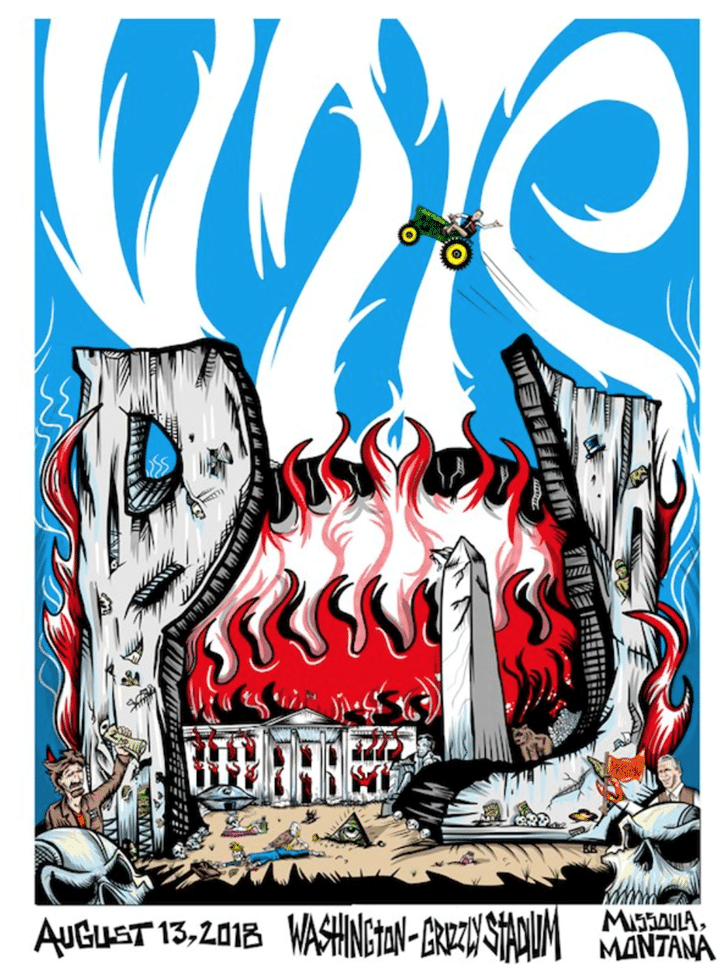