(HELENA) Right now, the halls of the Montana State Capitol in Helena are quiet, but that will all change in less than a month.

Every two years, Helena experiences a burst of activity as 150 lawmakers – and many more lobbyists and members of the public – come to the capital for the state legislative session. Over 90 days, the legislators will debate and decide on important questions about Montana’s laws and budget.

“It’s an intense, stressful atmosphere,” said Lindsey Vroegindewey, chief clerk of the Montana House of Representatives. “You either love it or you hate it.”

The session can’t run smoothly without a lot of preparation behind the scenes, from people like Vroegindewey. 2019 will be her ninth session working at the Capitol, and fourth as chief clerk. Her staff handles various tasks, from assisting with committee meetings and floor sessions to managing the many steps of the bill process.

Each session, Vroegindewey hires more than 50 new staff members. They spend the last weeks of November and December in training.

“It is prepping them, giving them all the tools, and practicing and practicing, so that when we go live Jan. 7, we have everything organized and set for four months,” Vroegindewey said. 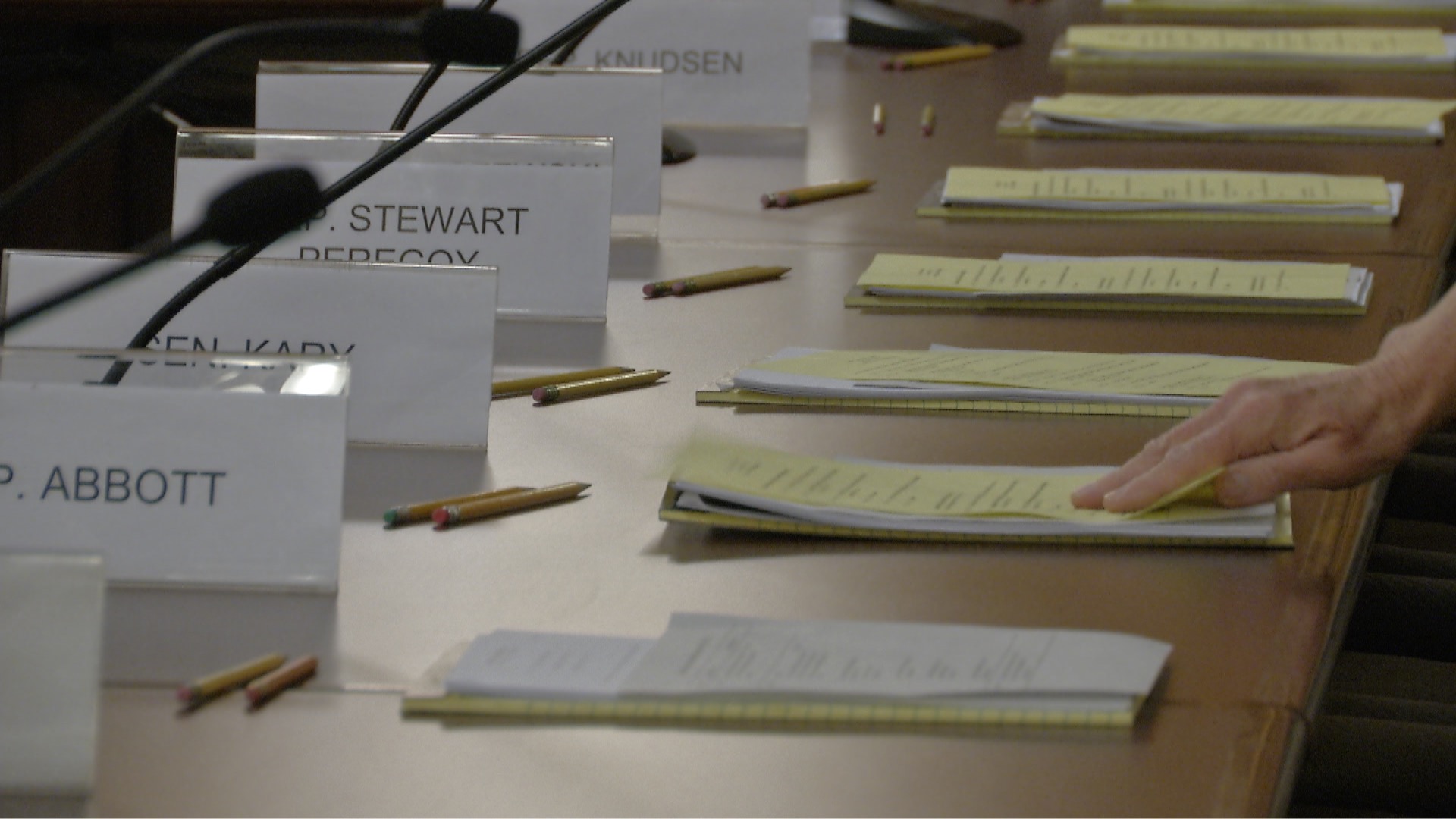 Because of the short window of time, it’s important for the Legislature to hit the ground running on day one. So whenever possible, legislative staff works ahead.

Lawmakers have already filed thousands of bill draft requests. Several dozen bills and resolutions have been drafted and “pre-introduced” to get them ready to be heard in the first few days of the session. The Governor’s Office of Budget and Program Planning is drawing up fiscal notes that must be ready in time for the hearings.

House Speaker Greg Hertz, a Republican from Polson, has assigned the pre-introduced bills to committees, and the committee chairs have begun scheduling hearings. That means Vroegindewey has to keep in close contact with legislative leaders, even when they’re not in Helena.

“Text messaging is a beautiful thing,” she said.

During the session, House sergeant-at-arms Brad Murfitt deals with safety and security in the House chamber and oversees the high school page program. In the weeks before, though, he is also responsible for getting the Capitol facilities ready.

“We have a lot of things to do; there’s a lot of little things,” Murfitt said. “Getting the chairs and furniture and cleaning spills from the last session that might have been there – make sure it’s all good to go and the employees have a nice work environment.”

Murfitt said one of his biggest jobs this time has been dealing with the changeover to a new phone system at the Capitol. He also has to hire and train additional sergeant-at-arms staff for the session.

The Helena Police Department contracts with the state to provide additional security at the Capitol Complex. They keep one officer at the Capitol throughout the year, while during the session, they reassign some of their regular patrol officers to the area.

“Safety is a concern at that building with all the elected officials in that area at one time, so we’re definitely on the lookout for anything going on that appears suspicious or may be criminal,” said HPD Lt. Jayson Zander, who will be among the officers at the Capitol this session.

Zander has worked in the Capitol before, both as the regularly assigned officer and during the 2017 session. He said he’s seen no major disruptions in that time – and that HPD intends to keep it that way.

“Fortunately we’ve been there for a while,” he said. “We do get to know a lot of these folks, and they get to know us. We’re on a first-name basis with a lot of them, and it works out pretty well.”

As the last stretch before the session begins, all of those who’ve been preparing say they’re ready for what’s coming.

“It’s a marathon sprint,” said Vroegindewey. “We are here because we love it, and we can’t wait for Jan. 7, for the opening ceremony when it all begins.”